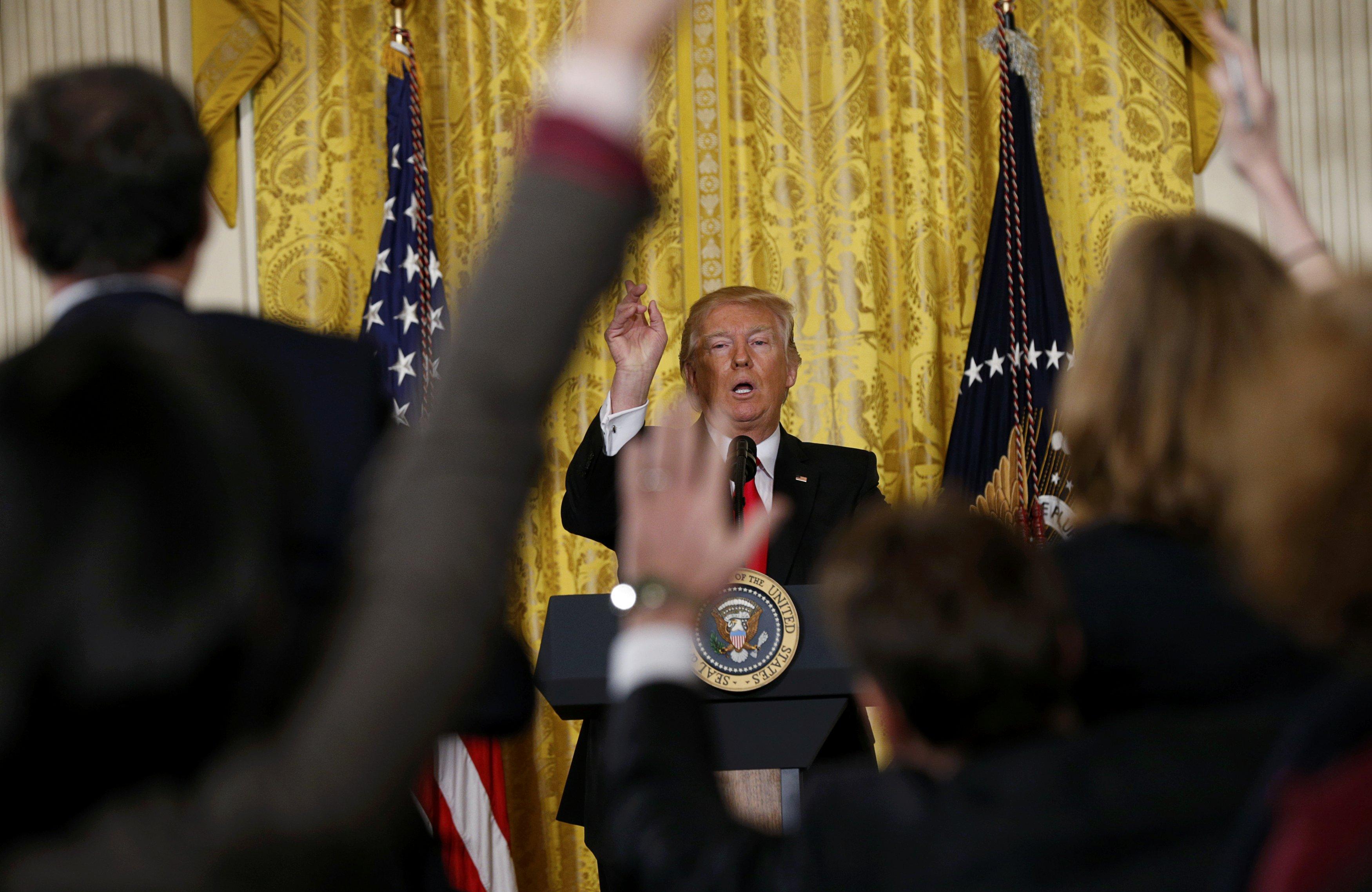 President Trump’s freewheeling White House press conference Thursday -- in which he announced his new labor secretary pick -- also included an awkward exchange on race, after a reporter asked him about his policies to improve inner cities.

“You go to some of the inner city places and it’s so sad when you look at the crime,” the president said. He went on to describe how people “lock themselves into apartments petrified to even leave in the middle of the day” in urban areas for fear of crime in the cities.

Journalist April Ryan, who serves as the White House correspondent and Washington bureau chief for American Urban Radio Networks, followed up: “When you say the inner cities, are you going to include the CBC, Mr. President, in your conversations with your urban agenda?”

When Mr. Trump seemed unfamiliar with the “CBC” acronym, Ryan, who is black, clarified: “Are you going to include the Congressional Black Caucus -- “

The president interrupted: “Well I would. I’d tell you what -- do you want to set up the meeting?

“Do you want to set up the meeting?” the president pressed again. “Are they friends of yours?”

Ryan emphatically shook her head and said, “No, no, no, I’m just a reporter...I know some of them but --”

The CBC tweeted at Mr. Trump after the news conference.

President Trump went on to say he had once had a scheduled meeting with Rep. Elijah Cummings of Maryland, who is a senior member of the Congressional Black Caucus.

“Every day I walked in and said I would like to meet with him, because I do want to solve the problem,” Mr. Trump said. “But he probably was told by [Senate Minority Leader Chuck] Schumer or somebody like that … he was probably told don’t meet with Trump. It’s bad politics.”

“I was all set to have the meeting,” he said.

But Rep. Cummings, a Democrat, pushed back against the president’s claims in a short statement immediately after the news conference.

“I have no idea why President Trump would make up a story about me like he did today. Of course, Sen. Schumer never told me to skip a meeting with the President,” Cummings wrote Thursday.