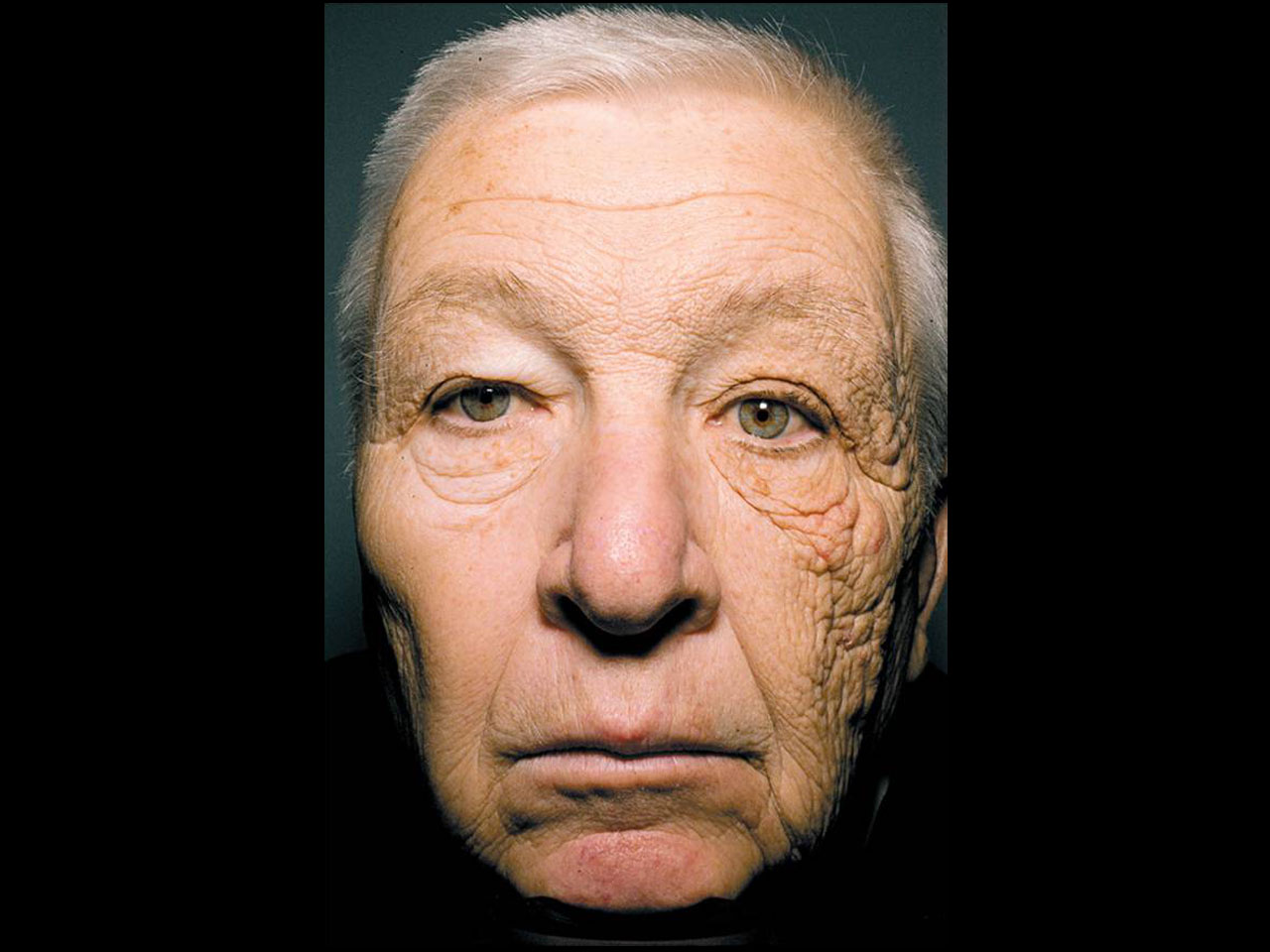 (CBS News) It's no secret that lots of sun damages the skin. Too much ultraviolet radiation from the sun has been tied to premature aging, more wrinkles and a raised risk for potentially deadly skin cancer.

An image published in a recent issue of the New England Journal of Medicine paints a clear picture of what kind of damage the sun can cause a person's skin.

This unidentified 69-year-old trucker (pictured above) who has been on the road for 28 years has accumulated lots of exposure to ultraviolet A (UVA) radiation.

Tanning beds more dangerous than once thought? What new study says
UV photographs may reveal potential for getting skin cancer

The man's condition is called  unilateral dermatoheliosis and the man's skin has been gradually thickening over the past 25 years.

UVA rays transmit through clouds and window glass to penetrate the skin's layers, and have been tied to aging and wrinkles. According to the journal, chronic UVA exposure can result in thickening of the skin's top layers, the epidermis and stratum corneum, as well as destruction of the skin's elastic fibers. The truck driver took the brunt of the damage on the left side of his face because of his many hours behind the wheel.

Experts had thought only ultraviolet B radiation (UVB), which cause sunburn, were the main cause of skin cancer but recent research suggests UVA rays can damage DNA in the skin's deepest layers, increasing risk they become cancerous.

To protect yourself against UV radiation, the CDC says to seek shade, especially during midday hours, wear protective clothing, wear a hat with a wide brim to shade the face and head and use sun screen that protects against both UVA and UVB rays.