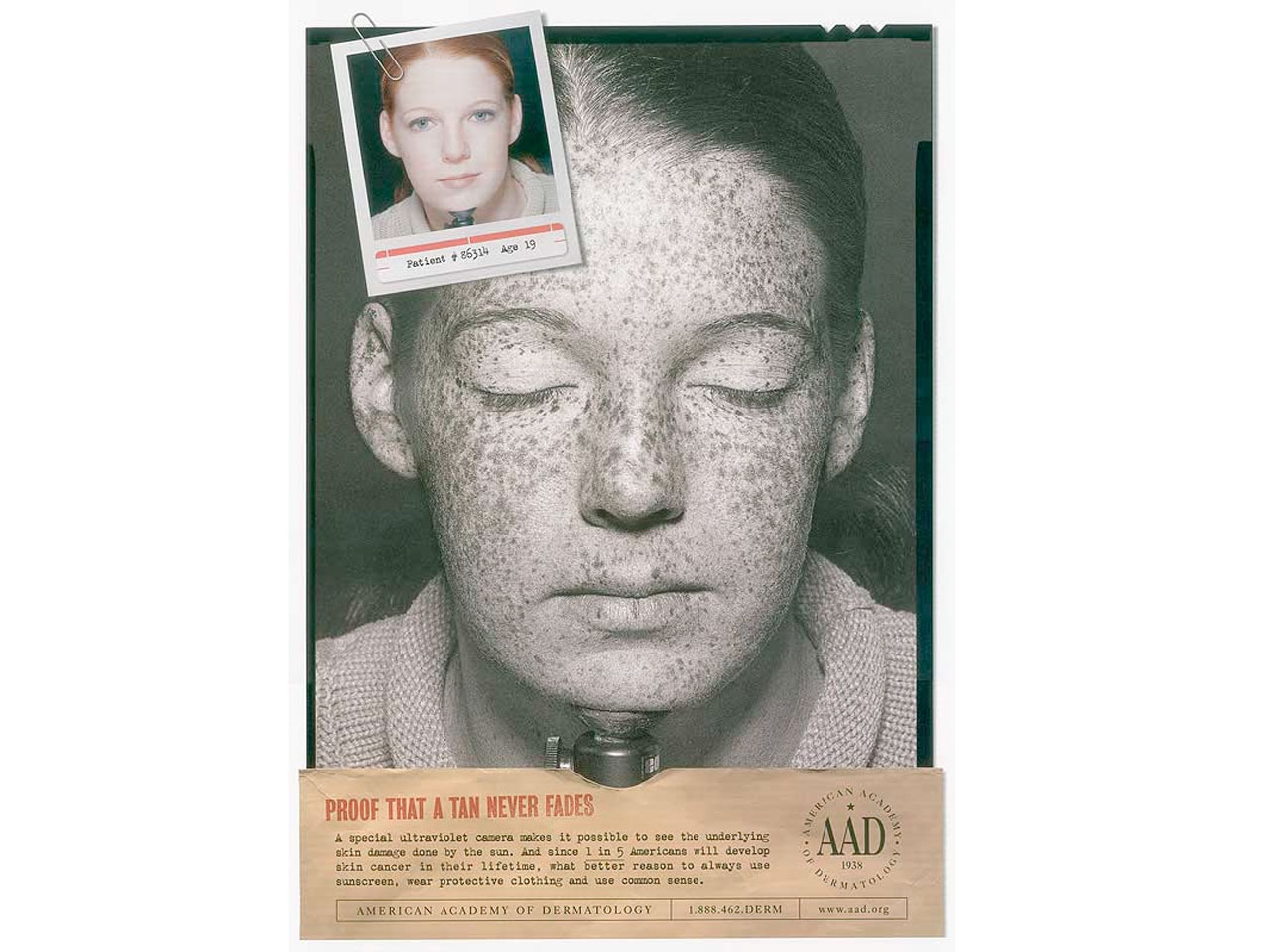 (CBS News) A special UV photograph may reveal the sun secrets your skin doesn't want to tell you.

A study published in the March issue of the Journal of the America Academy of Dermatology reveals that UV photography may show pertinent information about the skin cancer risks that can't be seen just by looking at someone's face.

"The major thing about this study is we now have a tool that can be used to counsel people," study author Dr. Robert Dellavalle, associate professor of dermatology at the University of Colorado School of Medicine in Denver, Colorado, tells HealthPop. "We can use UV photography as a public effort to get kids to stop using tanning beds or staying out in the sun too long that they burn."

Previously, researchers saw that UV photographs looked scary, but no one knew if they actually could be linked to a greater risk for  skin cancer. Now, they found that the pictures that showed the most damage also correlated with known potential risk categories.

For the study, researchers took UV photographs of 585 12-year-old children and compared the skin damage shown with melanoma factors. Those with the most sun damage tended to be non-Hispanic white people, and those who had red hair, blue eyes, increased facial freckling, light skin, and a greater number of pigmented birthmarks called nevi. Freckling was the strongest indicator of sun damage. All other visual melanoma risk factors were highlighted in the UV photographs.

"It shows all these blotches on your face," Dellavalle explains. "It's like a horror movie... The uglier your picture is, the higher your risk for melanoma is."

The most deadly kind of skin cancer, melanoma, kills one person almost every hour, the Skin Cancer Foundation reports. About one in 55 people will get melanoma in their lifetime.

Dellavalle said that they hope these photographs can frighten kids into learning about the dangers of skin cancer. Already when they show these sun damage photographs to children, he said there are reports of adolescents opting not to use tanning booths, which can give 10 times as much UV radiation as laying out in the sun, or using sunscreen more.

To protect yourself against skin cancer, Dellavalle recommends that tan-seekers opt for a spray-on tan instead of a tanning bed. Outdoor activities should be done before 10 a.m. and after 3:30 p.m. in the afternoon to avoid the sun when its strongest.

If you have to go out in the middle of the day, wear protective clothing and don't forget to sunscreen up. Dellavalle says sunblock that has a broad spectrum of protection of UVA and UVB SPF of 30 or higher is the best, but even using makeup that has some UVB SPF protection helps.

"An SPF of 5 means you can stay out in the sun five times as long," he says. "That's five times better than nothing."