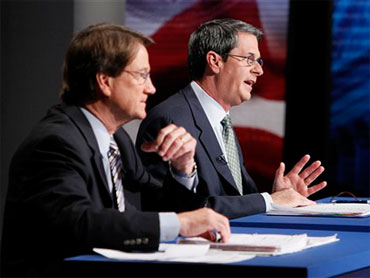 General Motors Corp. plans to eliminate 25,000 jobs in the United States in the next few years by closing additional assembly and components plants, part of a plan to revive its struggling North American operations.

Wagoner revealed the cutbacks as he laid out a four-step strategy to revive GM's North American business, the biggest and most troubling part of the world's largest automaker.

Wagoner focused on priorities for clarifying the role of each of GM's eight brands, intensifying efforts to reduce cost and improve quality and continuing to search for ways to reduce skyrocketing health care costs.

He noted that the company's current $1,500 per unit health-care expense puts GM at a "significant disadvantage versus foreign-based competitors," and said GM has conducted "intense discussions" with the unions about how to reduce health-care costs.

GM lost more than a billion dollars in the first three months of this year, reports CBS News Business Correspondent Anthony Mason. Sales were down again more than 5 percent last month. And the company's bonds have been downgraded to junk.

"GM's in very serious trouble at this point," says Car & Driver editor Csaba Csere. "It's probably the biggest trouble the company's been in the past 20 years."

Meanwhile, billionaire Kirk Kerkorian, who tried to take over Chrysler in the mid 90s, is now buying up GM shares.

"This doesn't look like a takeover attempt at this point. But it's real clear that he wants to increase his value, which means things are going to have to change," said Ed Lapham of Automotive News.

In the cost-reduction area, Wagoner said it was vital for the company to improve efficiency at its manufacturing plants. He said that plant closings and idlings in recent months have reduced assembly capacity in North America from 6 million in 2002 to 5 million by the end of this year.

It was not immediately known which GM plants would face the planned reductions.

"Let me say up front that our absolute top priority is to get our largest business unit back to profitability as soon as possible," Wagoner said.

Right now, the company could use one of the navigation systems it installs in its cars, because analysts say there's no easy road out of trouble for General Motors.

GM has already closed several facilities this year. The company shut down a factory in Linden, N.J., in April and a factory in Baltimore in May, affecting around 2,000 employees. The company also closed two plants in Lansing, Mich., last month, although those 3,500 employees are expected to find work at other GM facilities in the city.