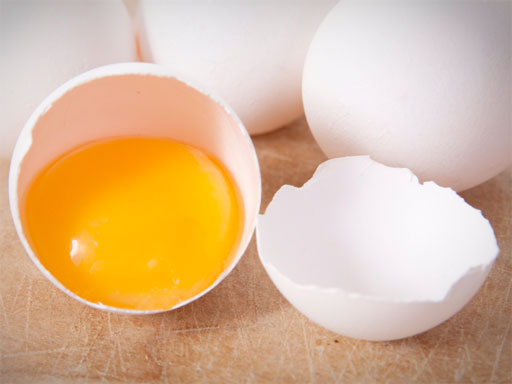 (MoneyWatch) When most people buy organic eggs, they imagine that the chickens responsible for those eggs probably cluck around outdoors on a picturesque family farm. But according to a new report by a farm policy research group, that's not the case for as much of 80% of the eggs marketed as organic.

Instead, the picture is more like what we're used to seeing for conventional eggs -- hens are crammed inside massive window-deprived, metal barns where as many as 85,000 of them compete for space. They're given organic feed and don't get antibiotics, but that's where the distinction ends. Like conventional hens, they don't go outdoors and they're often stacked in shelves going up to the ceiling, much like the ones in this photo taken at an organic farm in Wisconsin by the Cornucopia Institute, the group responsible for the report:

The report is careful to point out there are many organic farmers who sell eggs that actually live up to their name and justify the extra $2 or $3 per dozen that shoppers pay. The hens go outside where they peck and dust bathe, and in many cases, they eat their natural diet of grass, bugs and worms. Cornucopia compiled a list of authentically organic eggs, though it's not exhaustive. The problem is that these mostly smaller farmers represent only a small percentage of the organic eggs on the market. Most come from big operations that also sell non-organic eggs.

Factory egg farms have been able to operate because of some extremely vague language written in the federal organic regulations. Confinement egg farms would seem to be in violation of organic principles since one of the major tenets is that animals be managed in a way that promotes their "natural behavior," and living indoors on top of other birds while eating corn and soybeans doesn't qualify as instinctive chicken activity. But the regulations, which are overseen by the USDA, go on to say only say that chickens must have "access" to the outdoors, sunlight and exercise areas, which some producers have interpreted to mean a screened porch that can house just 5% of the flock or a Munchkin-like, 2ft by 2ft door like this one, also taken by Cornucopia:

Cornucopia, which is located in Wisconsin, helped ignite a similar controversy in 2007 over the way large dairy farms were taking advantage of the amorphous rule that diary cows have "access to pasture." The USDA has since sanctioned one large farm -- Aurora Organic -- which supplies private label organic milk to large supermarkets and retailers, and has come up with stricter rules about how cows need to physically be on acres of pasture and eating grass for at least four months a year.

Some large egg producers defend their practices by saying that their chickens simply don't go outside even when the doors are opened. But Kastel says he visited one farm in Iowa where he watched 5,000 chickens eagerly pour out of a barn. "The key is to introduce the outdoors to them within the first 16 or 17 weeks," he says.

Next week, the National Organic Standards Board, which advises the USDA on organic standards, will meet to have what will undoubtedly be an incredibly arcane but necessary discussion about what "access to the outdoors" really means. If they adopt strict new rules like they did with dairy cows, it will mean that some farms are going to have to make much bigger doors and create the sort of outdoor space chickens will want to cluck around in. And then organic eggs might be actually organic.

Marriott ending plastic straw use in all it hotels