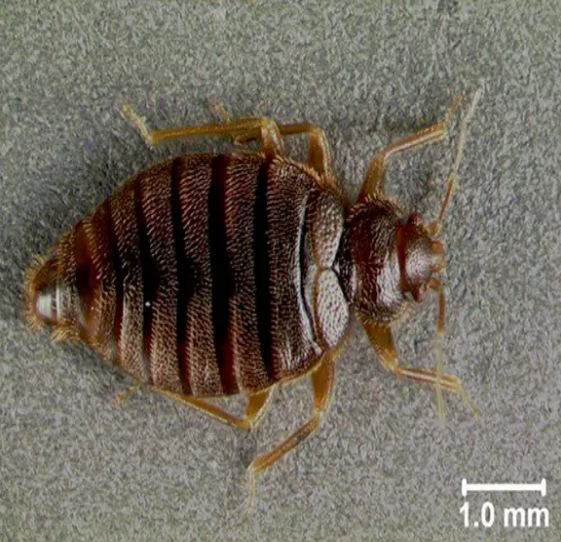 There’s more reason for Floridians to check their sofas and mattresses: Tropical bedbugs have been confirmed in the state for the first time in at least 60 years, scientists report.

There has already been a resurgence of common bedbugs. This discovery suggests the same thing may be occurring with tropical bedbugs. These bugs were last confirmed in Florida in the 1930s and 1940s, researchers said.

The tropical bedbugs were found in a home in Brevard County, according to researchers from the University of Florida Institute of Food and Agricultural Sciences. They reported their findings in the journal Florida Entomologist.

So far, this is the only confirmed case of tropical bedbugs in Florida, but the scientists think these bugs are present in other parts of Florida and other Southern states.

“I personally believe that in Florida, we have all of the right conditions that could potentially help spread tropical bedbugs, which is the case in other Southern states,” said study co-author Brittany Campbell, a doctoral student in entomology.

“As long as you have people traveling and moving bedbugs around, there is a real potential for this species to spread and establish in homes and other dwellings,” she explained in a university news release.

Like the common variety, tropical bedbugs feed on human blood and are likely to cause the same itchy, blistery reactions to their bites.

“I have been asking people to send bedbug samples to our laboratory so that I can properly identify the species,” Campbell said.

“If they do have a bedbug infestation, because they are so difficult to control, I ask that people consult a pest-control company for a professional service,” Campbell advised.

“There isn’t as much research available on tropical bedbugs as common bedbugs, but hypothetically they should be able to be controlled the same way as the common bedbug species because their biology/behavior are similar,” she said.