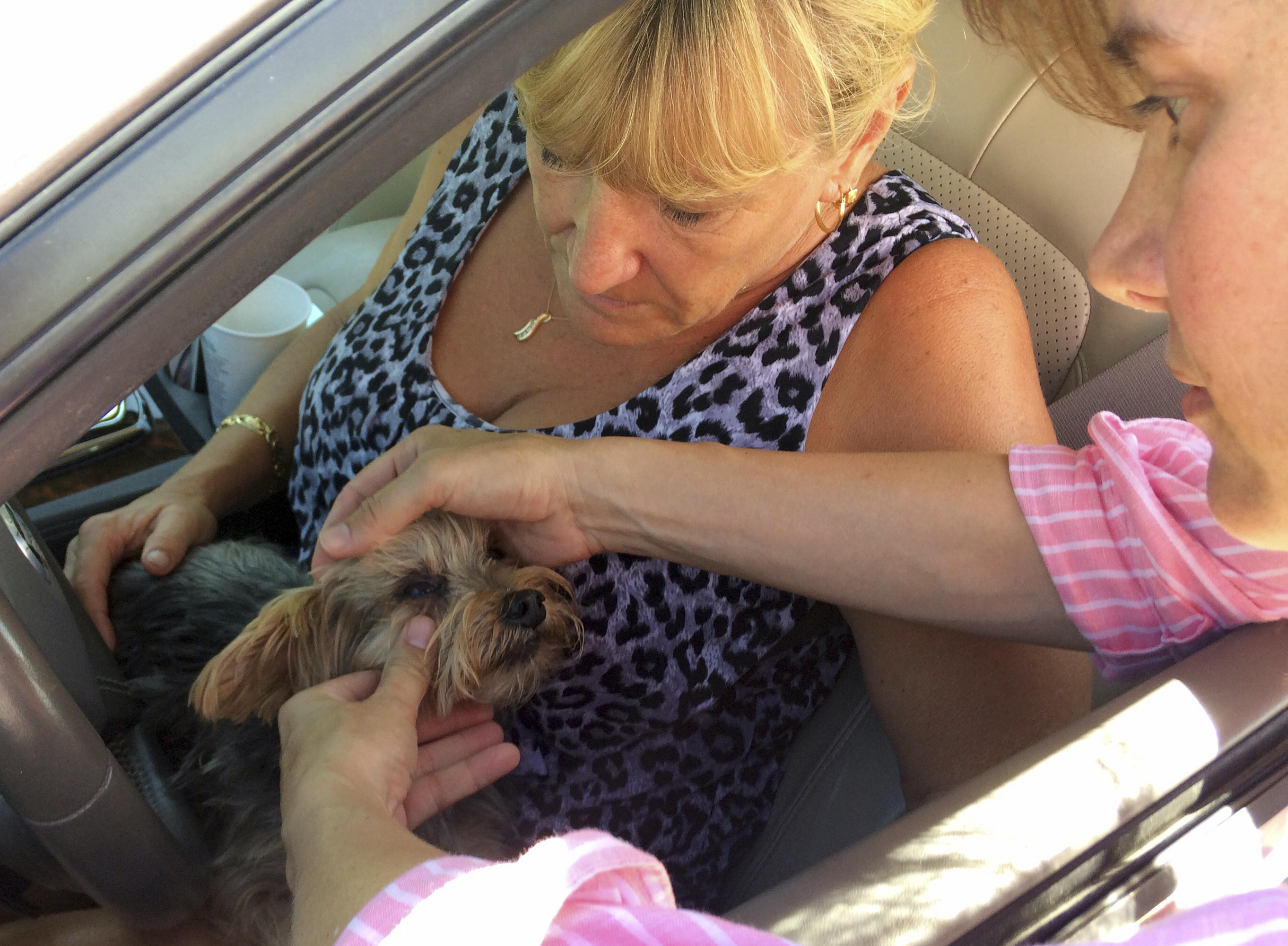 KEY LARGO, Fla. A narrow ribbon of road linking the Florida Keys with the mainland is the front line in a renewed fight against maggots that can eat livestock and pets alive.

Near a Key Largo visitors’ center painted with larger-than-life tropical fish and sea turtles, northbound drivers with animals must stop for agriculture officials checking for signs of New World screwworm.

The parasite once cost the U.S. livestock industry millions every year. There hadn’t been a U.S. infestation in over 30 years, until the U.S. Department of Agriculture confirmed Sept. 30 that screwworm was killing rare, dog-sized deer found only in the island chain.

“We are obviously in a more remote part of the state with one way in and one way out,” Putnam said Monday in Key Largo.

Fifty years ago, Florida’s fight against screwworm pioneered a kind of birth control for insect pests - a technique that’s potentially useful against Zika and other mosquito-borne viruses.

New World screwworm, or Cochliomyia hominivorax, are about the same size as common houseflies as adults, but have orange eyes. They only lay eggs near open wounds in warm-blooded animals. Unlike most maggots, these larvae feed on living flesh. They don’t fly very far, but infected animals can spread infestations if they move to new areas.

Livestock and pets are most at risk, but human infections can occur in rare instances. Screwworm flies are found throughout South America and a handful of Caribbean countries.

Key deer are a unique subspecies of white-tailed deer about 3 feet tall at the shoulder - the size of a large dog. Found only in the Florida Keys, their population rebounded from just a few dozen in the 1950s to a herd of roughly 1,000 now. Key deer remain endangered by increasing traffic and development, along with hurricanes and rising sea levels.

About 30 Key deer have been found dead or have been euthanized in the last two weeks because of screwworm, said National Key Deer Refuge Manager Dan Clark. Refuge records indicate at least another 30 deer deaths over the summer were linked to screwworm.

The summer mating season possibly left Key deer more susceptible to infestations. “The males are fighting now. Their hormone levels are high and they’re running around jousting with each other,” Clark said. “Most of the deer that we’ve had to work with have been males with head wounds and infestations there.”

Agriculture officials announced the release beginning Tuesday of millions of male screwworm flies, sterilized with radiation, to mate with wild female flies in the refuge. Any eggs produced won’t hatch, killing the fly population over time, said Cris Young, a veterinarian with the USDA’s Animal and Plant Health Inspection Service. The screwworm’s life cycle is about 24 days.

Chemical treatments are available for infested cattle and pets, but the sterilized insects are so effective that pesticides aren’t necessary, Young said.

The “sterile insect technique” developed in the 1950s is still widely used. Irradiated Mediterranean fruit flies have been released regularly since 1998 in South Florida and the Tampa area. Texas and California also release irradiated fruit flies.

The promise of pest control without pesticides is a selling point for those trying similar techniques to control the mosquitoes that spread Zika.

A proposal to test mosquitoes genetically modified so their larvae won’t survive is up for a referendum in the Keys next month. A separate test being considered in Florida involves mosquitoes sterilized with bacteria.