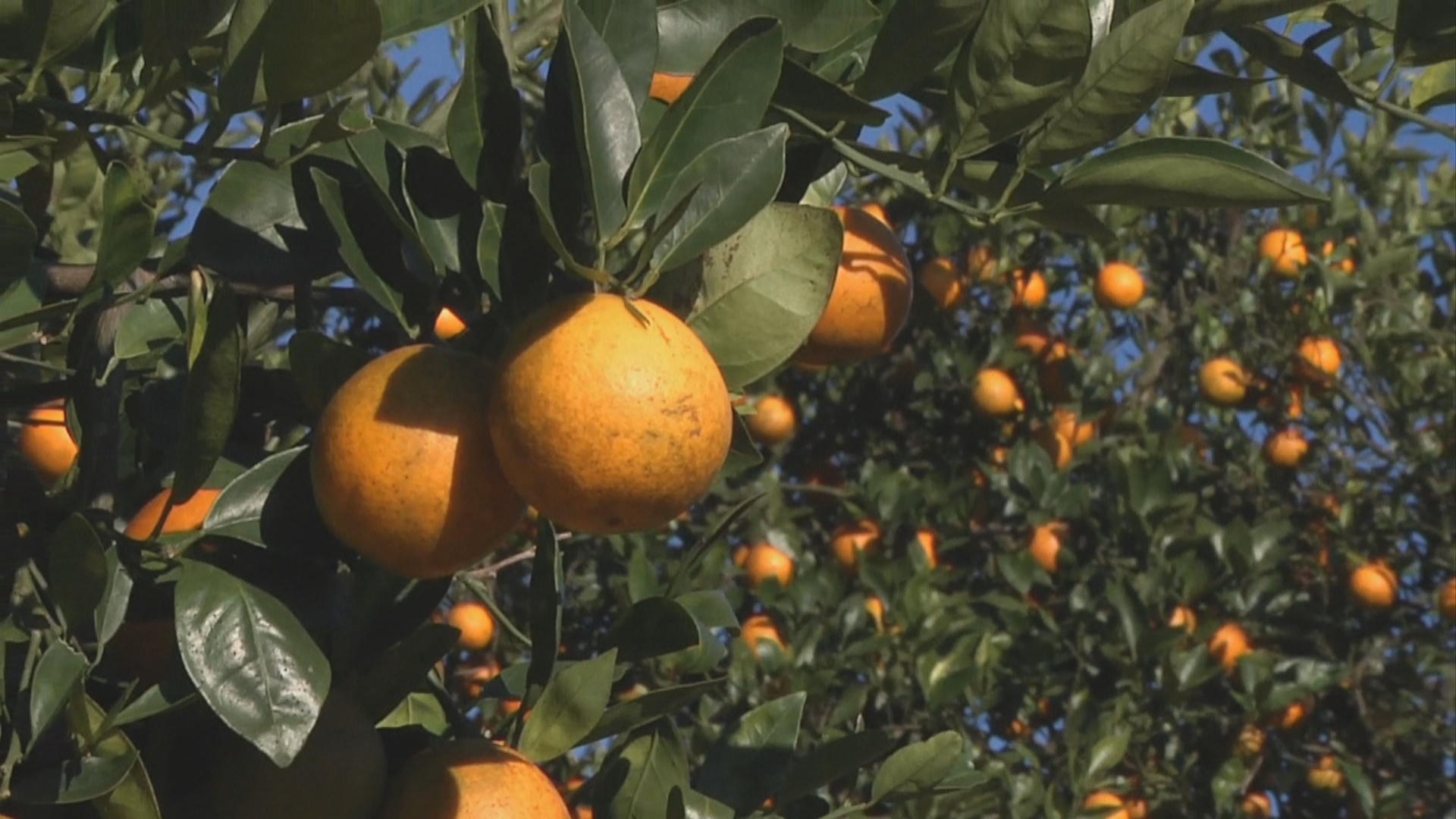 DUETTE, Fla. -- Florida’s nearly $11 billion citrus industry faces a growing danger from disease. A tree-killing bacteria is wiping out the state’s famous orange groves. Ninety percent are infected, and next year’s orange harvest could be one of the lowest on record.

Steve Johnson has walked and worked his family’s citrus groves since he was a boy, reports CBS News correspondent David Begnaud.

“It’s not just a job or a business, it’s a way of life,” Johnson said.

It’s a way of life in crisis because of a tiny bug. It carries a disease from China known as “greening” that appeared in the U.S. in 2005 and is an increasing threat to Florida’s entire citrus industry.

“We’re always constantly looking -- is there a way to cut costs or, you know, if the fruit market is not ‘this,’ can we make it?” Johnson said.

He said it’s an emotional time.

“I’m the fourth generation to be here, and to give that up would really hurt,” Johnson said.

Florida and oranges have always been synonymous. This state produces more oranges than any country in the world, except Brazil.

But production is plummeting.

In 2004, the state of Florida produced 240 million boxes of oranges. This season, that number is going to drop to 70 million, and it’s because of greening. That’s why researchers are looking at every possible option to try and combat it.

Michael Rogers in an entomologist with the University of Florida’s citrus education center.

“Growers are still harvesting fruit but they’re not harvesting as much fruit as they used to. They’re spending three times the money to get that crop and the crop’s much smaller,” Rogers said.

Researchers are getting desperate. In an experimental grove, mesh netting shields the trees from infection -- but it’s an expensive option.

Many farmers are having a hard time keeping up -- there are 130,000 acres of “ghost orchards,” abandoned and left to the weeds.

As profits have dropped, Johnson has branched into other businesses.

“I get a sense that greening’s not going to kill that,” Begnaud said.

“No, it might kill the trees but it’s not going to kill our spirit,” Johnson said.

Johnson likens greening to a terminal illness. It’s something he’s had to learn to live with. He is watering more often and essentially spoon-feeding each tree because 90 percent of his trees across 600,000 acres are infected with this disease.