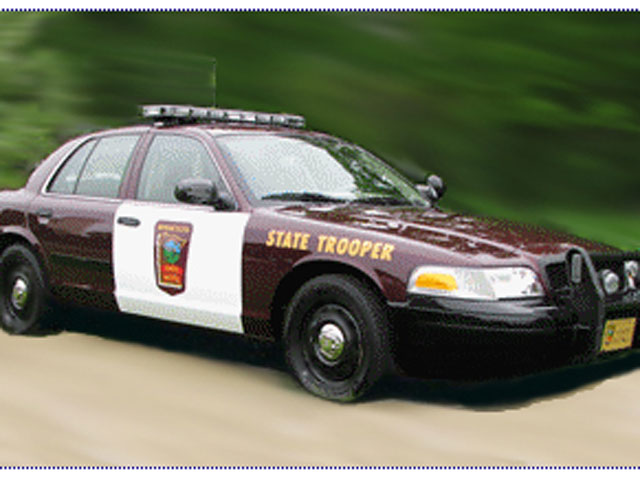 (CBS/WCCO) MINNEAPOLIS - A Minnesota state trooper trying to arrest a man for drunk driving was allegedly beaten by him with her own Taser, CBS station WCCO reported.

Minnesota State Trooper Darcy Gagnon stopped 26-year-old Elijah Knowles on Highway 34 in Park Rapids just east of Dorset Corner at approximately 1:30 a.m. Saturday. After performing field sobriety tests, Gagnon attempted to handcuff Knowles, but he resisted arrest. He then grabbed the trooper's Taser and beat her on the head with it several times, WCCO reported.

A criminal complaint showed that Knowles tried to pull the Taser's trigger while it was on Gagnon's head, but the safety stopped it from firing. Knowles also allegedly tried to take Gagnon's gun, but failed.

When he saw police arriving at the scene, Knowles fled in his vehicle, reaching speeds in excess of 100 mph, the station reported. After attempting to ram two squad cars, he crashed. Deputies had to use mace on Knowles and while he was being put into a patrol car, he kicked one of the deputies in the chest.

Knowles faces nine counts of assault, including in the first-degree. He's being held in Hubbard County.

According to the criminal complaint, Knowles has a previous DWI from January 2008.

Trooper Gagnon required staples in her head in order to close her wound from the Taser beating. According to the state patrol, Gagnon's training saved her life. She's expected to make a full recovery.