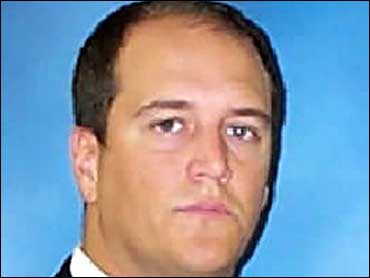 A former New Jersey state trooper pleaded guilty Thursday to helping run a gambling ring and promised to help authorities with their case against Phoenix Coyotes assistant coach Rick Tocchet and others.

In a negotiated deal, James Harney, 40, of Evesham, N.J., pleaded guilty to conspiracy, promoting gambling and official misconduct. He faces a maximum of seven years in prison at his sentencing on Oct. 27.

He initially faced more than 25 years in prison when he was charged in February.

Authorities have said they did not expect to charge any of the bettors with crimes, and NHL officials say there were no bets on hockey games. Still, the connection to the NHL made the gambling bust a huge sports story earlier this year.

Harney and Tocchet became friendly in the 1990s when Tocchet played for the Philadelphia Flyers and Harney tended bar at a Holiday Inn near the arena where the team played.

Harney was suspended from his position with the state police after he was charged in February. In a contrite letter Wednesday, he resigned from his job.

"The scar that I have placed upon the division is inexcusable and was never contemplated by me. My actions must be judged personally and should not reflect upon any of your members as they are good, honest and hardworking individuals," he wrote.

After Tocchet was charged, he took an indefinite leave of absence from his job as the top assistant coach of the Coyotes.

State police said this week that a grand jury has not yet been convened to consider whether to issue indictments in the case.