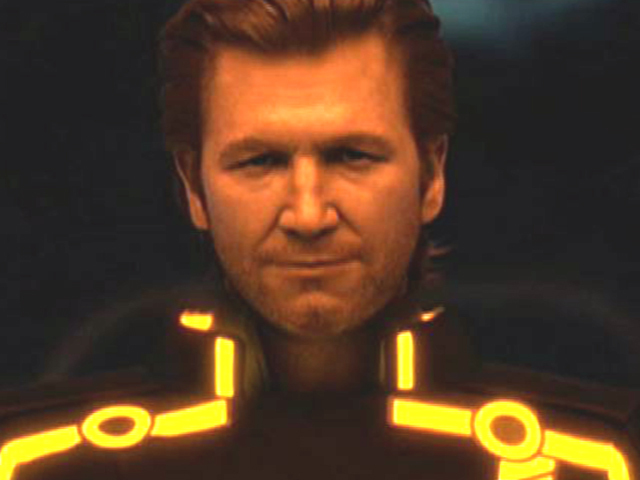 NEW YORK (CBS) "Tron: Legacy" scored big with moviegoers, generating nearly $44 million at the U.S. box office alone during its opening weekend. The sequel to the 1982 cult Disney classic (which itself did not perform well financially throughout its initial theatrical run) blasted away competitors such as the "Yogi Bear" remake starring Dan Akroyd and the Reese Witherspoon-starring romantic comedy, "How Do You Know."

Despite somewhat lackluster reviews (much criticism has been leveled over a thin plot), "Tron: Legacy" did garner audience and critical praise both for its cutting-edge digital effects and a stand-out music score by French electronic duo Daft Punk. Be on the look-out for their tongue-in-cheek cameos in the film as a pair of futuristic DJs who provide the soundtrack to a fight sequence amongst the characters.

While promoting the sci-fi fantasy thriller on the blue carpet at the Hollywood premiere, Oscar-winning actor Jeff Bridges, who has dual roles in the film returning both as protagonist Kevin Flynn and his antagonistic virtual counterpart, Clu (with an eerie digitally-imposed face of a younger version of Bridges) weighed in on the devoted fan base of the Tron-universe.

"Well, it's that whole, you know, the computer culture was just starting up when we did 'Tron.' There was no internet. Nothing like that, so. I think it's guys who were raised on video games who have a fondness for it."

And with its strong ticket sales, greatly thanks to showings in IMAX 3-D, the legacy of Tron has been given a reboot for the digital age.