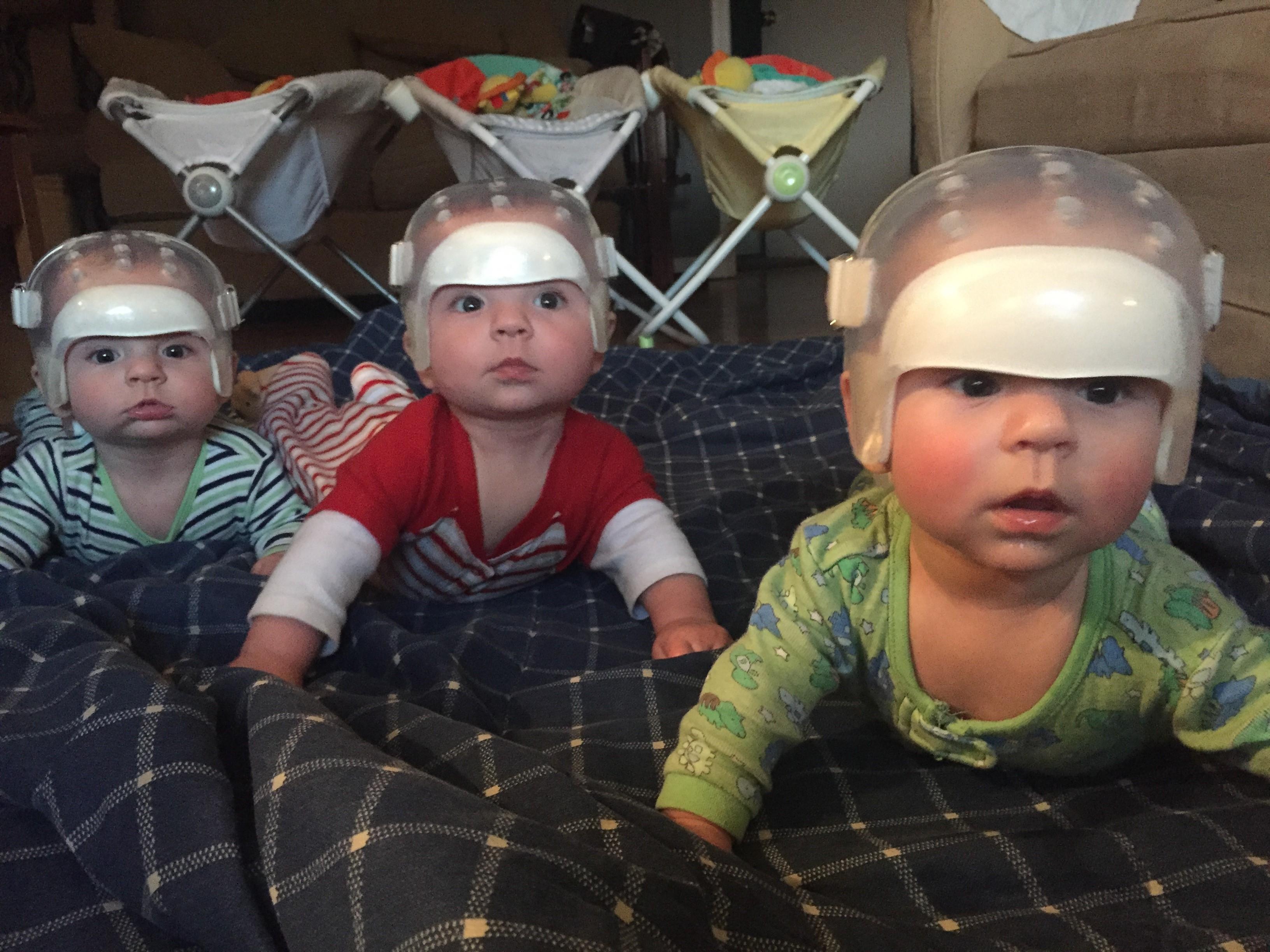 In January, the Howard triplets — Hunter, Jackson and Kaden — underwent surgery at Stony Brook University Hospital to repair a condition called craniosynostosis, where their skulls did not form properly.

"You could tell that their heads were a little bit malformed," their mother, Amy Howard, 38, said. "It was really extremely scary thinking about your 8- or 9-week-old baby going through surgery."

Craniosynostosis is very rare, occurring in about 1 in 2,000 births.

But doctors said they estimate the chance of this occurring in triplets is one in 500 trillion. It's particularly unusual because they are not all identical.

"We worked out the probability of maybe one in 500 trillion to see a set of triplets that looked like these three," said Dr. David Chesler, a Stony Brook Medicine assistant professor of neurosurgery.

The condition is not only a cosmetic issue but could restrict brain growth.

Doctors at Stony Brook explained that the children's skulls fused too early in utero — something that's supposed to happen later. Their growing brains then pushed their skulls into abnormal shapes.

"When you look from the top he has an almost almond or wedge-shaped head, that's now gone. Three months later it's nice and round," Dr. Chesler said.

The babies will have to wear helmets for the next few months as they recover, but then they will lead normal lives.

"They don't mind the helmets. The surgery went great. I don't even think they really were in too much pain," Howard said.

The new parents are grateful their boys got a life-changing head start.

"That was my main concern, was it going to cause brain damage, or I was worried about his eyesight, but it all turned out great," Howard said.

Already the boys are all smiles and full of life. Kaden is described as the laid-back one, Hunter the talker and Jackson is the tough one.

The Howards said the triplets were conceived without the help of fertility drugs.