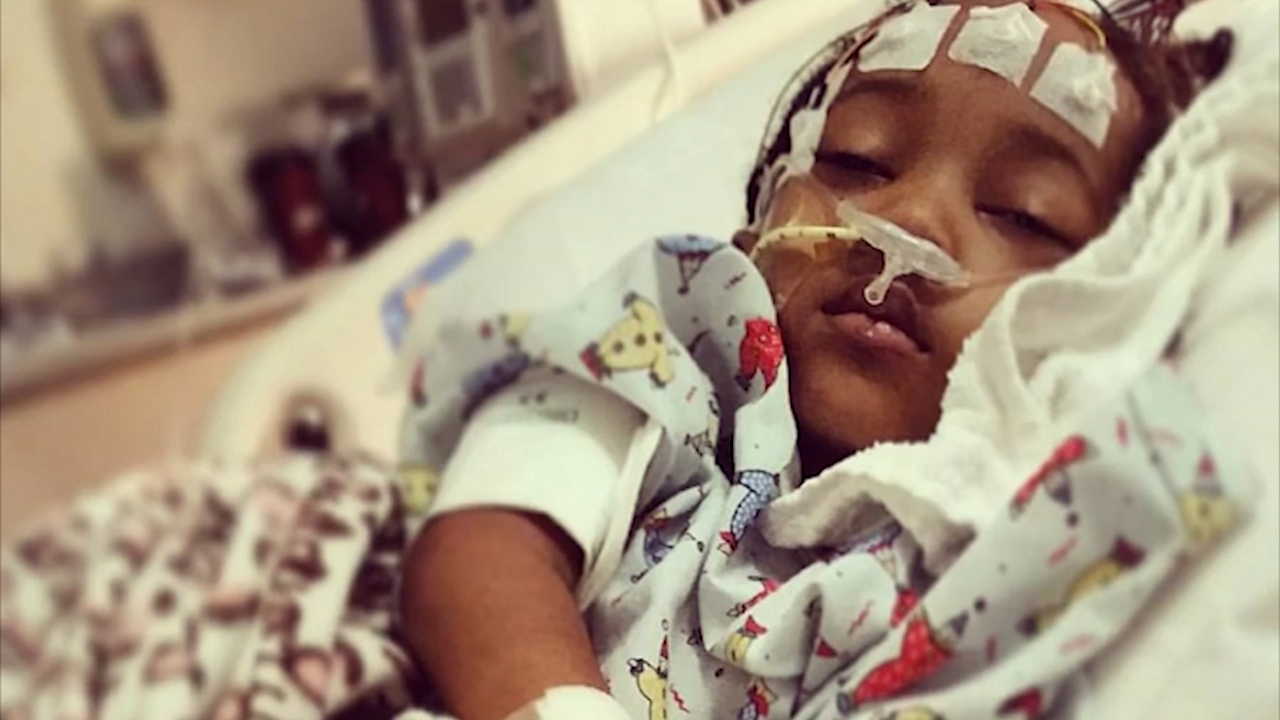 A Texas family is preparing a lawsuit against a local dentist after they say their child suffered brain damage from multiple seizures during the visit. Attorneys say the seizures were brought on by the use of several sedatives while the child was held in a sometimes controversial restraint device, CBS Houston affiliate KHOU reports.

"In essence what happened is this child was chemically and physically suffocated," said Jim Moriarty, the attorney for the family of 4-year-old Nevaeh Hall. "This child suffered massive brain damage during that time period and that didn't have to happen."

Nevaeh was a repeat patient at Diamond Dental in Houston. Her mother, Courissa Clark, says it was her third visit and that she expected some of the girl's teeth to be capped or even removed because of tooth decay.

Clark says she and her husband were told to stay in the waiting room.

Records reviewed by an independent dentist show that Navaeh was given multiple sedatives: "Sedated in the office for over seven hours, given five sedatives for a routine dental procedure that should have been done and over by mid morning."

The child had been placed in a commonly-used restraint device called a papoose. The device confines the child's arms and legs so they can't interfere with the dental procedure.

"And I can tell you that this chart shows you that this child was essentially tortured," said Moriarty, holding a printout of the oxygen, blood pressure, and pulse measurements recorded during the visit.

An independent dentist review says the vital signs were "off the charts."

According to the review, "Her body tried to compensate for her inability to breathe by increasing her heart rate to as high as 195 beats per minute." Her blood pressure rose to "a dangerous 168/77." And her oxygen saturation dropped as low as 49 percent. "Severe hypoxia is often classified as any saturation lower than 86 percent. And is known to cause brain damage."

"They never did call it a seizure. They just said shaking, she's shaking," Nevaeh's mom said in a news conference last Thursday. "Just the whole time they assured us that everything was OK. And the next time we were allowed to come in is when the paramedics were actually coming back. And that was about four hours later."

The dentist is Bethaniel Jefferson of Diamond Dental in Houston. Records show she's been reprimanded and fined by the Texas State Board of Dental Examiners at least twice before, KHOU reports.

Now, after the incident with Nevaeh, her license has been temporarily suspended and a license revocation hearing is pending.

Jefferson did not return phone calls seeking comment, and no one answered the door when KHOU visited the office.

Some dentists do defend use of the restraint device in certain carefully-monitored situations.

But as Nevaeh's family prepares a lawsuit for what Moriarty alleges was gross negligence, they are speaking out now to send a warning.

"If parents are being told to authorize or grant permission to papoose their child, they probably ought to run," said Craig Jacobs with Children First Dental.

"Clinics across America, across Houston, across Texas use the same business model every day to over treat these children and use these restraints. And the standard is exactly what happened here, separate mom and dad from their child, assuage their fears, take the child back, over-treat them and get away with it," said Moriarty. "We've got to get the American public to understand you cannot allow your child to be held in a restraint device without you personally being present."

Nevaeh's parents have set up a GoFundMe account to help pay for her care.

Though such severe complications from dental care are extremely rare, there have been several other widely publicized cases in recent years.