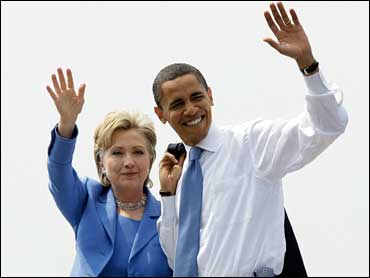 And so the great parlor games have begun.

The news that Barack Obama is considering Hillary Clinton for Secretary of State makes it official: the transition - that period between administrations, that time of high hopes and great speculations about who is going to do what - is underway.

Transitions used to be fairly simple, but underline "used to be."

After George Washington left town, for example, his servants got drunk and tore up a lot of stuff before John Adams took over, but that was the only real problem.

As recently as 1960, Jack Kennedy ran his transition from his Georgetown home, picked his cabinet officers in his living room, introduced them to the press on his front porch - and his Dad paid for the whole thing.

But everything changed when the government began appropriating millions of dollars to pay for transitions.

Ronald Reagan won election by promising to reduce the size of government, but he brought thousands of transition advisors to Washington, discovered to his embarrassment he had created Washington's fastest-growing bureaucracy, and had to ask for more money to pay the rent on all those offices.

Smooth transitions are better than bad ones, but it is worth remembering that Clinton and Reagan survived bad ones and eventually got a lot done.

So, settle back and enjoy the parlor games.

(I mean, is it really going to be Hillary?)