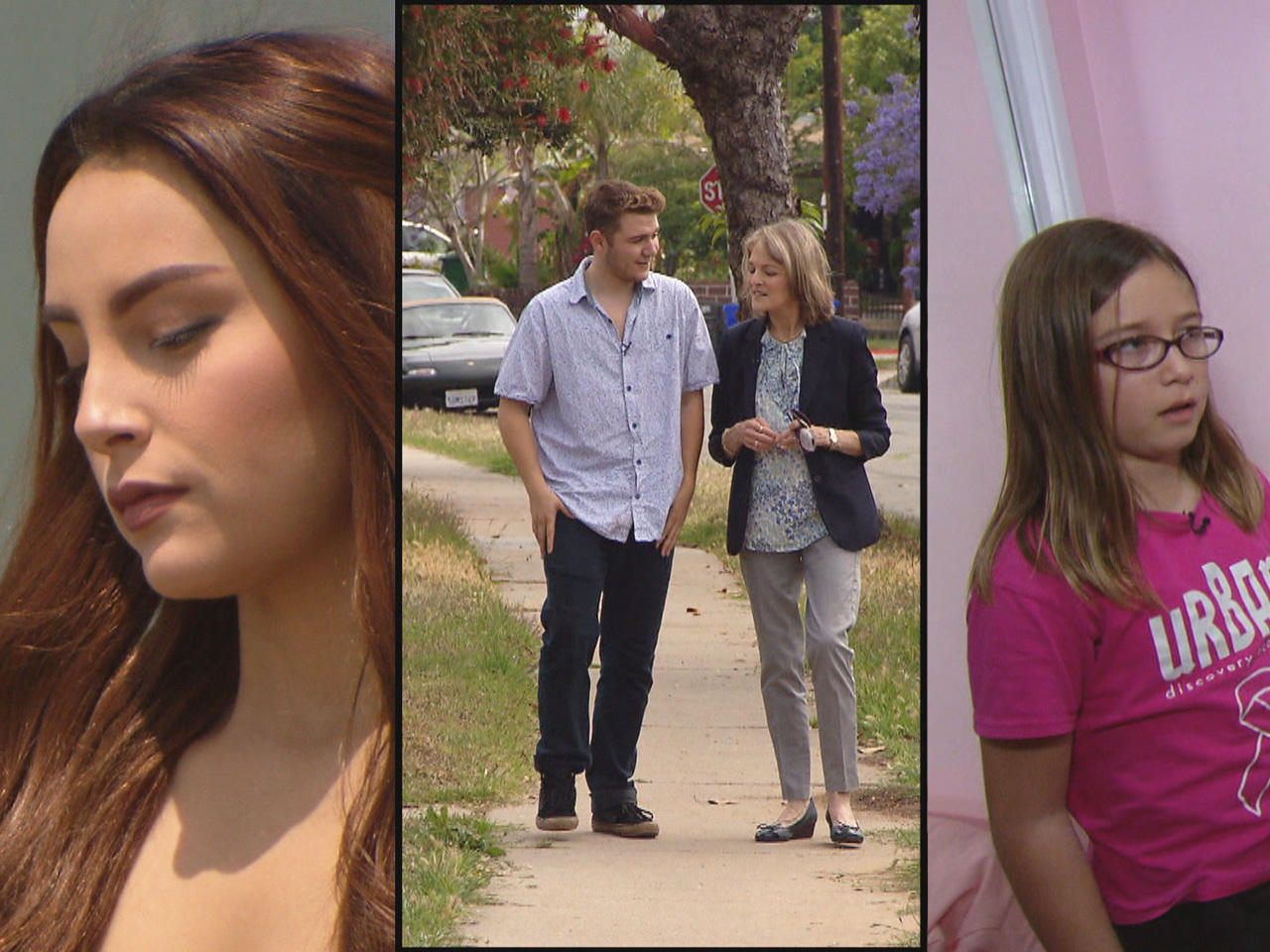 Like a lot of recent high school grads, Zoey Luna is reflecting on her teenage years. When correspondent Rita Braver asked her, "What do you think is the most important lesson you've learned over the last couple of years?" Zoey replied, "To speak up for myself.

Zoey has faced more than the usual teenage angst. "Sunday Morning" first met her five years ago, when she was 12, for a story on what was then an emerging phenomenon:  More young people openly acknowledging that they are transgender.

Along with Venice and Mati, Zoey was one of three transgender young people Braver profiled in that story.  Since then, the subject of transgender kids has moved into the mainstream. But some things have still not changed.

Zoey told us five years ago she was bullied in middle school: "It's just the whole school. Even, like, the kids that do seem like they're good kids, they even make fun of me."

But Zoey said in high school, she learned not to care about being teased: "For me, it started with realizing, you know, I have nothing to be ashamed of. I'm transgender. ... We all have our different titles or our different ways of identifying."

Still, life has been something of a rollercoaster for Zoey.  She happily celebrated her quinceañera, a traditional 15th birthday celebration for Latina girls, which was featured in an HBO special.  And she has just been cast in a major film.

Zoey is now engaged to her boyfriend of two years, who is also transgender.  But she is estranged from her family, and has been coping with some other difficult issues.

Braver asked, "When we met you five years ago, we went with you to a doctor to talk about medical transitioning. Where are you medically now?"

"I'm still taking hormones," Zoey replied. "I always used to want to get reassignment surgery because I always felt like that would make me a complete woman.  But I'm a woman 'cause I say I'm a woman regardless of whether I have a vagina or a penis. I'm just completely comfortable with myself."

But other trans kids, like Venice (whom we also caught up with after five years), who was born biologically a female but always identified as a male, are making different decisions:

"About a month ago, I had a hysterectomy," said Venice, "and about three years ago when I was a freshman in high school, I had top surgery."

"It means that you won't have breasts like a woman has?" asked Braver.

"Yes. Personally, for me, I feel top surgery was very important. Because every time I would look in the mirror, I would just be disgusted with myself. And just being able to go to the beach with my friends and being able to feel comfortable in my body swimming and surfing – I wasn't able to experience those joyful moments before."

When we first met Venice at age 13, he came across as a happy-go-lucky kid. But he says things were darker than they seemed.

Braver said, "We know that the suicide rates are much higher among transgender youth. You actually felt suicidal at some points?"

"Yes. At multiple points during my life, especially going through puberty, I felt extremely suicidal."

Now 18, Venice says the complete support of his family has helped him through, and he's now hopeful about his future.

He describes himself as "loud and proud." "I'm able to just walk out my doors and yell, 'I'm trans!' even though, like, I wouldn't," he laughed.

Still, he's watched with dismay as the Trump administration has tried to roll back all kinds of protections for transgender people, including the right to choose which bathrooms and other facilities they may use: "I feel baffled, 'cause I'm like, why would people be looking at each other's body parts anyway in the restroom? Especially when we're all just there to go pee and walk out?"

At 11, Mati has not had to think about the politics of being transgender. Braver asked, "What's the hardest part of being trans for you?"

She was just six years old when she first talked to us about being born a biological male. She said she thought, "I was a girl."

Today, she said, she doesn't focus on her gender, and neither do her classmates.

"Some of the kids at school are aware that you're trans?" asked Braver.

"How do they react to that?"

"Just, I'm a normal school kid," Mati said. "After, it's probably only like one day with a little bit of shock, then the rest is just normal."

Mati said she feels lucky to have such a loving family.  Her parents, Cristy and Enrique, have tried to help her meet other trans kids, but also learn to cope with being different from most of her peers:

"I think we both have continued that message with her, that this is nothing to be ashamed of," said Cristy. "It's part of who you are. It doesn't have to be the part that you lead with when you meet somebody."

Mati is now at an age where she is beginning to think about using hormones to help her develop as a girl. She's not looking forward to getting shots, but the upside, she said, is "changing what I don't want."

"And that's what you're determined to do?" asked Braver.

Mati's parents know things may get more difficult for her as she gets older, but they also see positive changes in public attitudes:

"I can remember in the beginning when I was explaining to people, 'Oh, my daughter's trans,' they had no idea what that meant," Cristy said. "Now the conversation starts at a more advanced place with the majority of people, because there's more information out there."

Braver asked, "What's your hope for Mati in the future?"

"Pretty much the same thing any parent wants for their child," said Braver.

Venice said, "I feel, like, if folks were just to educate themselves morem they'd be able to understand, like, trans people are people."

When asked what her hopes were for your life in the next five years, Zoey replied, "I don't know. I just hope wherever I am in five years I'm content, I'm happy, and I have a place to call home."

The unlikely story of Romania's first-ever marriage between two women