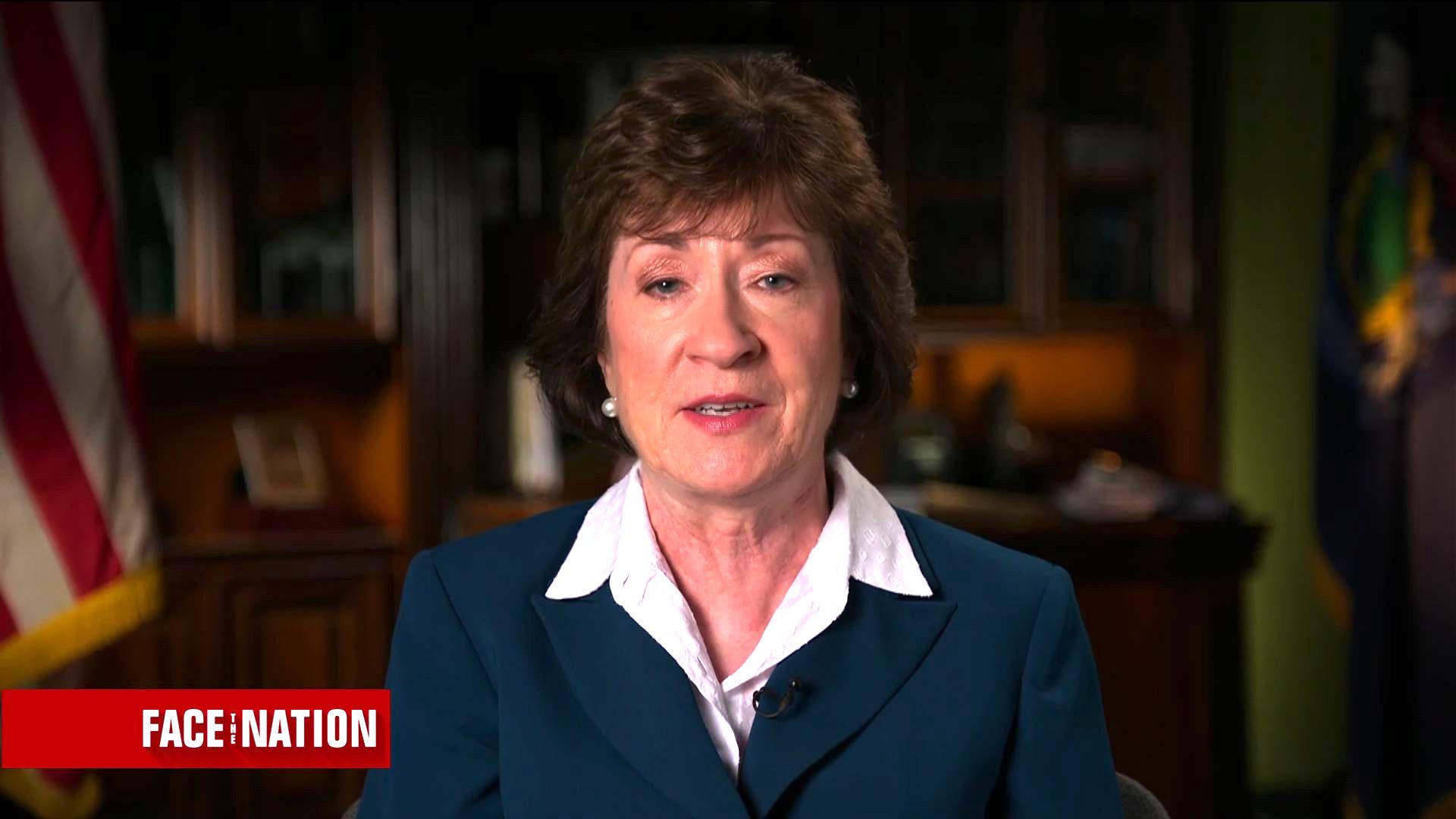 The investigation into Russia's interference in the 2016 U.S. presidential election has continued to cast a shadow over President Trump's administration. He told told The New York Times that he would not have nominated Attorney General Jeff Sessions to the top post in the Justice Department if he had known that Mr. Sessions would recuse himself from the investigation, and he raised the possibility of firing the man leading that investigation, former FBI Director Robert Mueller.

On Sunday, "Face the Nation" sat down with Sen. Susan Collins, R-Maine, who is a member of a key Senate panel investigating Russian meddling in the election. She is also an opponent of the GOP's most recent health care proposal.

A transcript of the interview with Collins follows.

JOHN DICKERSON: Joining us now from Bangor, Maine is Republican senator Susan Collins. Senator, I want to start with your former colleague Jeff Sessions, the attorney general. The Washington Post has a story suggesting those answers he gave to you and the rest of the Intelligence Committee and the Senate may not have been complete. This is based on wiretaps of what apparently has been overheard from the former Russian ambassador. What do you make of that story?

SENATOR SUSAN COLLINS: Well, first of all, let me say that the Intelligence Committee will follow any credible allegation as part of our investigation. I would point out that there is a big difference between an unsubstantiated leak about an alleged intercept versus sworn testimony and facts. And our focus is on sworn testimony, and getting all the facts.

I would note also that the Russian ambassador is our adversary, and the Russians have shown themselves to be masters at misinformation. Nevertheless, that's clearly a scenario that we need to pursue further. The one final point that I would make is if in fact this is a leak of an intercept, and I don't know whether or not the report is accurate, that is extremely serious. That has the potential to compromise our national security and to undermine the safety of those who are in the intelligence community.

JOHN DICKERSON: The president said this week it was unfair for Attorney General Sessions to recuse himself and not tell the president before he hired him. Do you agree with that?

SENATOR SUSAN COLLINS: I don't agree with that at all. The attorney general followed the rules and guidelines of the Department of Justice. He met with career staff, and he made the right decision in recusing himself.

SENATOR SUSAN COLLINS: I understand how difficult and frustrating this investigation is for the president. But he should not say anything further about the special counsel, his staff or the investigation. I know it's hard, but he needs to step back and not comment, and let Bob Mueller who is an individual with the utmost integrity, carry out the investigation and make his determination.

JOHN DICKERSON: Now, I understand the memos from former F.B.I. director James Comey are with the committee. Have you looked at them?

SENATOR SUSAN COLLINS: We have not yet been given access to those memos. I'm very eager to see them. As you know, the F.B.I. director memorialized his discussions with the president, particularly about his suggestion that the president directed him or implied that he should drop the investigation into Michael Flynn. So it's important that we see these memos.

Having said that, I do think that it was a violation of the F.B.I.'s own guidelines, which Mr. Comey helped to write, for him himself to have leaked some of those memos to a friend of his in hopes of prompting the appointment of special counsel.

I don't think that's a good approach to facing legislation that affects millions of people and one sixth of our economy. What I would like to see us do is to go back into committee. Lamar Alexander, the chairman of the Senate Health Committee, has already indicated his willingness to hold hearings.

We could divide this issue into separate bills and take a look at the serious flaws in the Affordable Care Act, the most serious of which right now is the collapse of the insurance market in several counties throughout this country, so that people who have subsidies won't have an insurer that can sell them insurance. That would allow us to hear from expert witnesses, to get input from actuaries and governors and advocacy groups and health care providers, and most important, from members of both sides of the aisle, Republicans as well as Democrats.

JOHN DICKERSON: We just have ten seconds left. Have you heard from the president trying to lobby you on this?

SENATOR SUSAN COLLINS: I've heard from the vice president, from the head of CMS, and from the president's chief of staff. I talked to the president very briefly at the lunch, but I have not had further conversations with him.

JOHN DICKERSON: Alright, we'll have to end it there. Thank you Senator Collins and we'll be back in a moment with the top Democrat of the House intelligence committee.