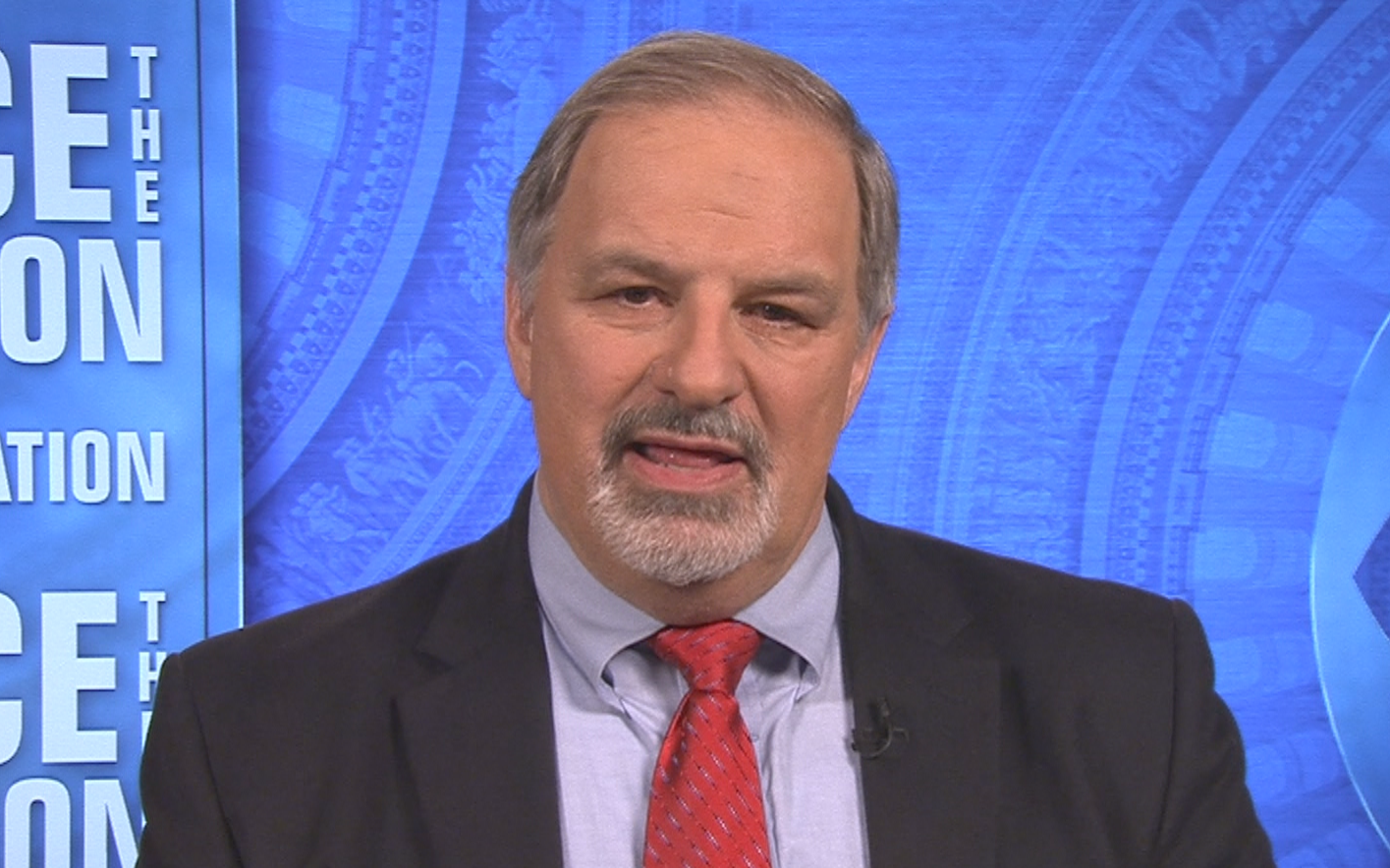 The following is a transcript of an interview with Mark Galli that aired Sunday, December 22, 2019, on "Face the Nation."

MARGARET BRENNAN: Welcome back to FACE THE NATION. Joining us now is Mark Galli. He's editor in chief of the evangelical magazine Christianity Today. He called for President Trump to be removed from office, raising questions about whether evangelical support remains rock solid. And he joins us now from Chicago. Mr. Galli, as you know, your editorial has gotten a lot of attention. And I want to highlight some of what you said here. You argued that evangelicals like yourself may like the president's platform, but you think he's "grossly immoral." You described him as a "near-perfect example of a human being who is morally lost and confused. He's abused his authority for personal gain, betrayed his constitutional oath." Other members of the evangelical community, including Billy Graham, your founder's grandson- or son, have- have denounced this.

MARK GALLI, Editor in Chief of Christianity Today: Yeah, that would be Franklin Graham, yeah.

MARGARET BRENNAN: Yes, Billy- right. Billy Graham founded, as we point out here, your publication, which is why it was so significant to have Franklin Graham rebuke you. Is the call for President Trump's removal growing?

MARK GALLI: I don't know, I mean, in one sense, my- my call for his removal was on the order of hyperbole in this regard. The odds of that happening either by election or Senate are actually probably fairly slim at this point. What I'm really arguing in the piece fundamentally is that the president is unfit for office. Now, there is- that may be a difference without- a distinction without a difference. But the point is, and I'm not really speaking politically- making a political judgment about him, because that's not our expertise at Christianity Today. I am making a moral judgment that he is morally unfit, alright. I even more precisely, it's his public morality that makes him unfit because all of us, anybody in leadership has- none of us are perfect. We're not looking for saints. We do have private sins, ongoing patterns of behavior that reveal themselves in our- in our private life that we're all trying to work on. But a president has certain responsibilities as a public figure to display a certain level of public character and public morality. And my- the point of my argue- argument is not to judge him as a person in the- in the- in the eyes of God. That's not my job. But to judge his moral- his public moral character and- and ask, has he gone so far that the evangelical constituency that we represent, can we in good conscience do the tradeoff anymore?

MARK GALLI: He gives us what we need on pro-life, but he's got this bad character. And my fundamental argument I'm making is we crossed a line somewhere in the impeachment hearings, at least in my mind, that no- that- that balance no longer works where we're dealing with a person who we--

MARGARET BRENNAN: But when I- when I raise these questions often to Republicans who consider themselves people of faith, what they say is God picks imperfect vessels, right? And that the transaction here is that he is delivering on those platform issues. Is it solely the abortion policy that keeps the evangelical community cemented in their support? Because our polling shows that- that you sir are an outlier. Seventy nine percent of white evangelicals say President Trump is doing a good job as president.

MARK GALLI: Yeah, I think the a- the pro-life issue is just one of many. Religious freedom for Christians, overseas especially, would be another. You know, there- there have been books written about what's going on with the conservative evangelical support of Trump. So that's not something we can quite get into here. It does go fairly deep. I think what I'm mostly concerned with is the fact that it's like- like you've mentioned a previous guest, it's the unwillingness of my brothers and sisters in Christ- again, I'm not- I have no animus against them. But it strikes me as strange that a- for a people who take the word- the teachings of Jesus Christ seriously, the teachings of the Ten Commandments seriously, that we can't at least say publicly and out loud in front of God and everybody, that this man's character is deeply, deeply concerning to us. And I, in my judgment, has- has crossed a line, and I no longer think he's fit to lead the United States of America. And I don't say that politically. I mean, my job, our job as Christians, is to love our neighbor.

MARK GALLI: We want the- we want the United States- everybody: left, right, black, white, of every variety of sexualities, we want them to prosper. And I'm saying that given the moral character, the public moral character of our president, that's not going to happen. It's- it's likely to degenerate very radically over the next- if- it has already degenerated. And it's time for us to put a stake in the ground and say no more.

MARGARET BRENNAN: So you see the next election as sort of a referendum on the moral fiber of this country?

MARK GALLI: Well, I don't know that I would put it that way. I am- I am saying to my evangelical brothers and sisters, take your interest in politics and put it aside for a moment and let's start thinking about morality, and do you really think if there is a balance to--

MARGARET BRENNAN: But if there's no other republican running on these platform issues, if President Trump is the only person that on these issues you have laid out is so key to your community. Some Republicans just find it an impossible alternative to vote for a democrat.

MARK GALLI: Yeah, no, I grant that. I grant that. Here, I'm saying what I think and about the only person I represent is me and maybe my magazine, not for that much longer since I'm retiring in a few days.

MARK GALLI: You know, what you do about the fact that he's morally unfit, there are a lot of political options for that. And I don't really have a whole lot to say. Some are going to say work for his conviction at the Senate, some are going to say overturn him at the election. Others are saying that's all impossible we would need to figure out a third strategy.

MARK GALLI: I don't have a strategy. I'm not a po- pol- political person. You- the questions you are asking people on your show, you guys are amazing how much stuff you know, and the nuances, you guys figure that out.

MARGARET BRENNAN: Well, you are, of course, an influential voice within the evangelical community, as is your publication. So we wanted to get you to weigh in. Thank you very much for your time, sir.

MARK GALLI: Thank you for the time. I appreciate it.