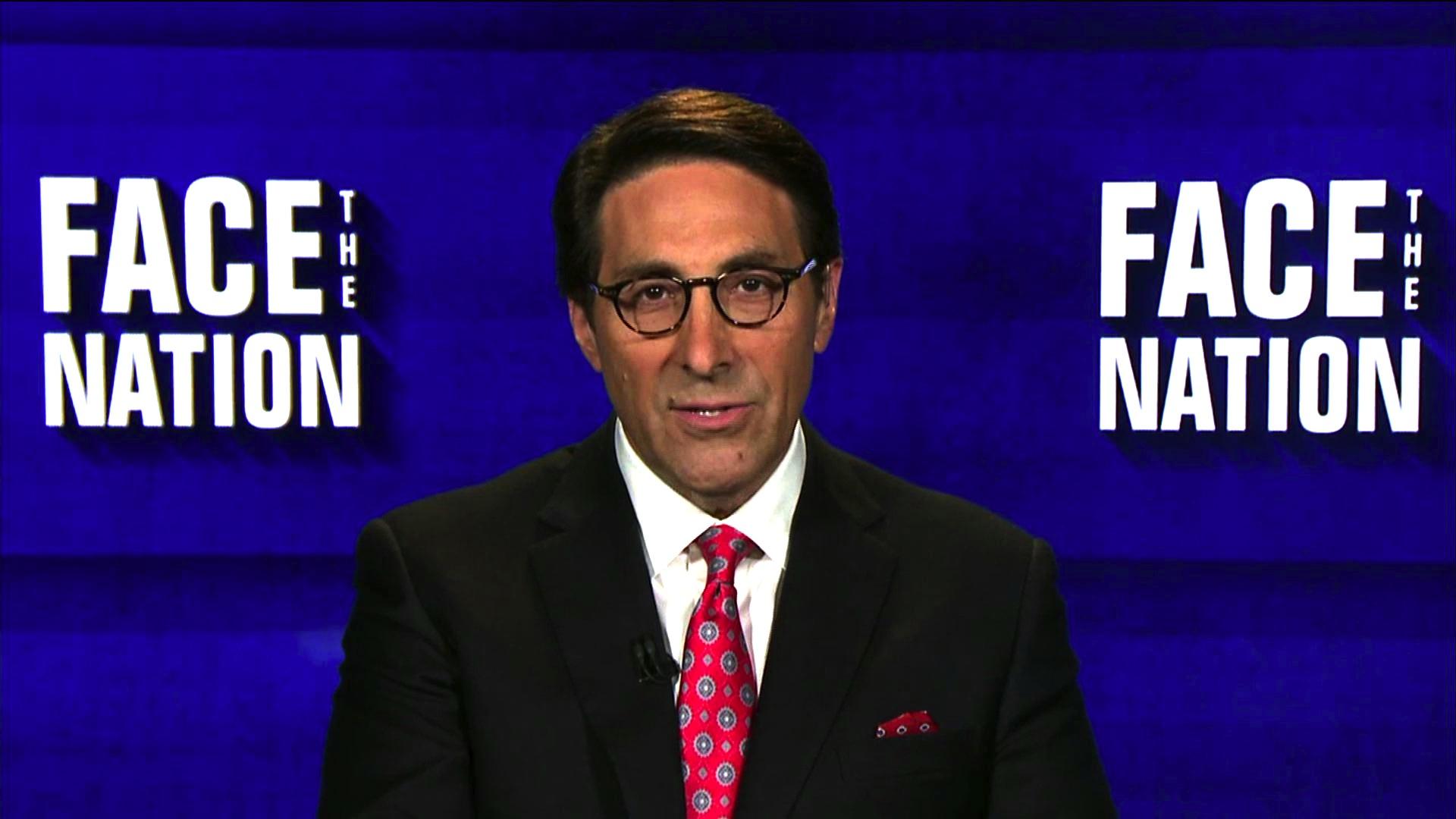 The Washington Post reported Wednesday that Robert Mueller, the special counsel heading the FBI's investigation into any possible links between Russia and the Trump campaign, is investigating President Trump for possible obstruction of justice.

On Sunday, "Face the Nation" sat down with Jay Sekulow, a member of Mr. Trump's personal legal team and chief counsel at the American Center for Law and Justice.

DICKERSON: Welcome back to Face the Nation. We're joined now by Jay Sekulow, he's a member of the president's legal team and Chief Counsel at the American Center for Law and Justice. Mr. Sekulow I want to start this morning with the president's tweet

DICKERSON: How do you know?

DICKERSON: Of course, there have been events since James Comey told them that. But is it your view and just to educate viewers that- that if you were under investigation, there would be an obligation for the special counsel to let you know. Couldn't you be under investigation and they're just not letting you know yet?

SEKULOW: Well, look, I- I can't imagine a scenario where the president would not be aware of it. Number one, there is a serious constitutional issue here. I mean I want you to think about the context upon which this would take place. Under the Washington Post theory of the case, this is the Washington Post theory, that the president of the United States, after being advised by his Attorney General and the office of the Deputy Attorney General, determined to remove James Comey from the FBI directorship. If the Washington Post leaks were correct, the President of the United States, would be, if this was correct, would be under investigation for taking the action that the Department of Justice asked him to take. That raises not only a serious - not even a serious constitutional question, it's an easy constitutional question. That's impossible. The President can not be investigated, or certainly can not be found liable for engaging in an activity he clearly has power to do under the constitution.

DICKERSON: Powers to fire the FBI director and let me ask you this question--

SEKULOW: James Comey acknowledge that by the way John. James Comey said he served at the pleasure of the president.

DICKERSON: More broadly the big question really is: Did the president interfere in any way in the investigation that James Comey was undertaking?

SEKULOW: No, in fact he said to the contrary, remember in part of the interviews that he's given he acknowledged that when he removed James Comey, especially during the Lester Holt Interview, when you read the entire context the transcript of that interview he acknowledged that by firing James Comey as FBI director the President acknowledged that he would in fact probably extend the nature and length of the scope of the FBI, the special counsel probe.
But he thought it would be best for the American people and look, I've got the letter—

DICKERSON: Let me ask you—

SEKULOW: And the two letters from both the—it's important here. The FBI director was removed after a deliberative process and in part based on, of course, the statements coming from his own Attorney General and Deputy Attorney General who said, and I want to read this, "As a result the FBI is unlikely to regain public and congressional trust until it has a director who understands the gravity of the mistakes and pledges to never repeat them. Having refused to admit his errors the director cannot be expected to implement the necessary corrective changes." So, this is not coming out of whole cloth.

SEKULOW: This is coming out of recommendation. Yes, sir.

DICKERSON: The President said he would speak under oath about all this. That, I assume, is still true?

SEKULOW: Yeah, the President was very clear about that. He said if he was asked to do it he would. That's been asked and addressed. Again--

DICKERSON: Would he do it with Congress-

SEKULOW: I want to be clear here--

DICKERSON: Would he? Because when you've got this investigation going on, it takes a long time, he could kind of short-circuit by just going up to Congress. Senator Graham and others have called him to testify in front of Congress. Could that get at this faster?

SEKULOW: Well, that doesn't short-circuit anything. There's multiple tracks of investigation going on here, which is problematic because once the special counsel was appointed it changes the nature of who can and who will not participate before Congress. So, I haven't discussed that with the president at all. He stated he would testify under oath. He didn't specify the venue. We'll just leave that as it is. Again, there are multiple tracks of investigation, but again, I want to be clear here, the President is not under investigation. James Comey said it. Nothing has changed since then.

DICKERSON: The president said last week he would release the tapes of - if there were tapes - of his conversation this week. That hasn't happened. Where is that?

SEKULOW: I think the president is going to address that in the week ahead. There was a lot of issues this past week. The President gave a major address in Cuba, but we had the assassination attempt of Steve Scalise. There were a lot of intervening factors. So the issue of the tapes, I think right now was not priority issue number one when the country was facing an assassination attempt on Steve Scalise and other members of Congress and their staffs by the way. And our thoughts and prayers are still with him. I know he's still in a very difficult situation. But also, he gave a major address in the situation in Cuba and the attempt there to reconcile and redraft a policy that makes sense so the president has a lot of issues and I think it shows that the president is concentrating on governing. This issue will be addressed in due course and I suspect next week.

DICKERSON: Alright Jay Sekulow. Thanks so much.

SEKULOW: Thank you for having me.

Gun ownership and gun violence in America, by the numbers