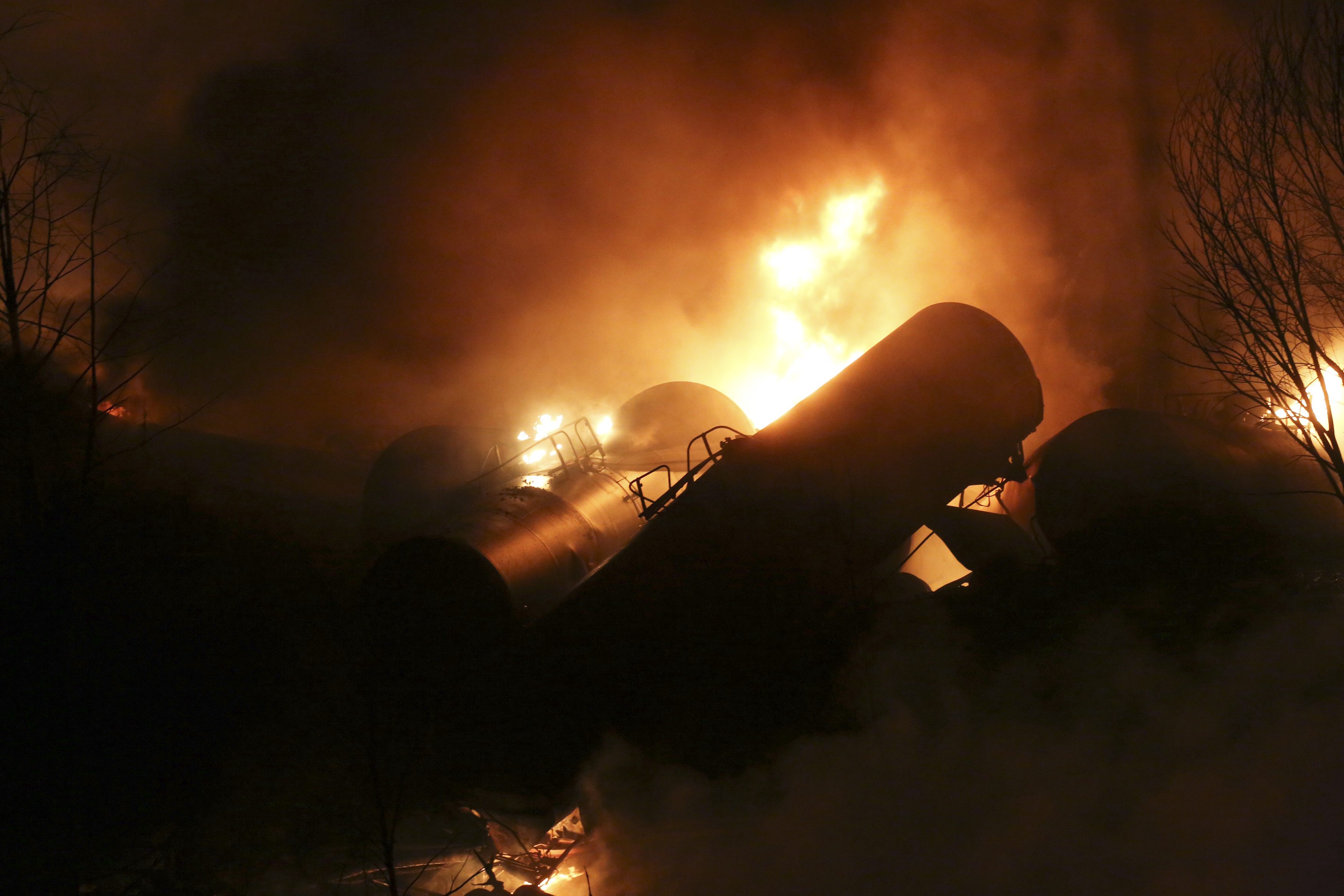 MOUNT CARBON, W.Va. -- A day after a train carrying three million gallons of crude oil derailed in West Virginia, firefighters are still waiting for the flames to die out -- and a community is in turmoil. Investigators finally got closer to the crash scene on Tuesday.

As many as 28 of the 109 tank cars went off the tracks. Several ruptured, leaking crude oil. 911 calls sounded the alarm.

"Oh my God, the house is on fire," one caller said. "The train derailed over the hillside."

Twenty of the tankers caught fire. The explosions and blaze were so strong they forced more than 100 residents from their homes.

According to the National Transportation Safety Board, the oil likely seeped into the Kanawha River, even though testing by the local water company has shown "non-detectable levels."

As a precaution, water to certain areas was shut off and other residents were advised to conserve and boil their supply.

The train was traveling from North Dakota to a refinery in Virginia. Most of the rail cars were carrying Bakken crude, which is highly combustible.

In 2013, 47 people died in Quebec after a train carrying Bakken crude derailed. That same year, another crash sent flames shooting into the sky in North Dakota. And in 2014, it happened in Lynchburg, Virginia.

Older rail cars have been prone to punctures, and the industry is moving toward tank cars with thicker shells.

But it was those upgraded cars that exploded Monday in West Virginia.

It's not clear if this derailment will lead to changes to new rules for crude oil transport submitted to the White House for review earlier this month.

Some members of Congress were calling for the rules to be finalized as quickly as possible.