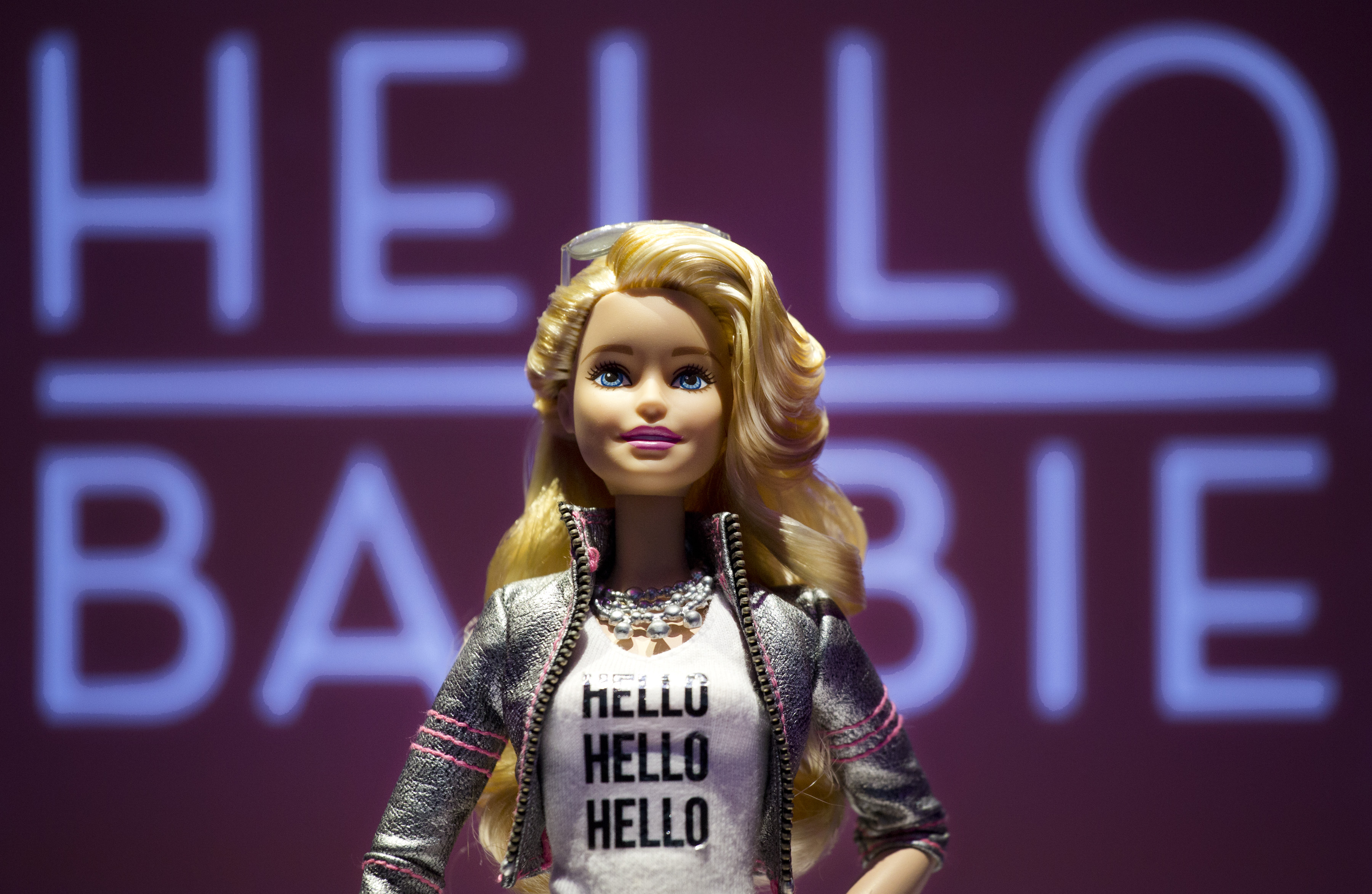 The "smart" technology that can be found in everything from mobile phones to cars to home appliances is also showing up in the toy aisle.

Market researcher Juniper Research is forecasting worldwide sales of "smart toys" and their associated apps will surge nearly 300 percent to $11.2 billion in 2020 from $2.8 billion this year. Smart technology will be found in everything from stuffed animals to remote-controlled toys and even drones (whose surging popularity has alarmed federal regulators).

Many of these toys, such as Hello Barbie and Lego Dimensions combine physical toys with the digital world and will appeal to parents and grandparents who grew up with those toys in recent decades.

Budget-conscious shoppers, though, might be in for some sticker shock. For instance, Mattel's (MAT) Hello Barbie, which can converse with a child, carries a suggested retail price of $75. It's expected to go on sale soon.

The Lego Dimensions role-playing game starter pack goes for about $99 for Microsoft's (MSFT) Xbox and $85 for Nintendo's (NTDOY) Wii U. The Meccanoid G15 KS Personal Robot will cost $299.99.

"You are seeing the tip of the iceberg," said Laurie Schacht, co-publisher of the trade publication the Toy Insider. She predicts that the toys will sell well during the holiday season despite their high prices. "You aren't going to be able to find them on the shelves. The manufacturers are saying they are ready for the onslaught."

Mattel, the word's largest toymaker, is betting that smart toys will help bolster its financial performance in the wake of its recent disappointing earnings report. The company's Barbie brand is one of the most iconic toy brands and has struggled to attract attention in the marketplace in the wake of increased competition from Lego, among others. The functionality of "Hello Barbie," though, is so good that Schacht joked it will become a child's "best friend."

The El Segundo, California-based Mattel also has relaunched the Viewmaster, which was introduced at the 1939 World's Fair, in conjunction with Google (GOOG) using virtual reality and smartphones. Schacht sees it as a top holiday seller.

She highlighted other notable smart toys, including Spinmaster's Star Wars Legendary Jedi Master Yoda. It speaks 115 phrases "that will lead you to Jedi wisdom and Lightsaber mastery" and even answers questions from wannabe Luke Skywalkers eager to avoid the temptations of the dark side in "Wisdom Mode." It retails for about $150.

R.E.V. cars from WoWee Products enable a player to have a race and battle with a robot-controlled car. They're on sale for $77 on Amazon for Amazon Prime members.

Though smart toys are an understandable technological evolution, they also reflect the fact that children are more sedentary than many experts believe they should be.

How Stephen Paddock made his guns even deadlier
Jonathan Berr