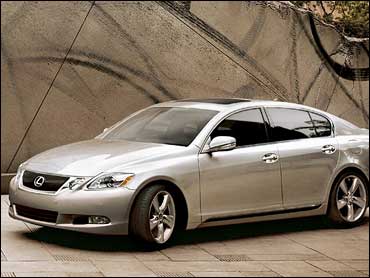 Toyota is recalling nearly 1.7 million cars, the bulk of them in Japan, for various defects that may cause fuel leakage - the latest in quality control woes for the world's No. 1 automaker.

Toyota Motor Corp. said Wednesday it was recalling a wide range of models, including the IS and GS Lexus luxury models in North America and the Avensis sedan and station wagon models in Europe.

There were no accidents suspected of being related to the defects, according to Toyota. Toyota said it had received 77 complaints overseas, 75 of them in North America, and more than 140 in Japan.

The largest number of the affected vehicles was in Japan at nearly 1.3 million - the second-largest auto recall in the nation's history - and involving two different problems.

The biggest recall in Japan was in 2005, also by Toyota, when nearly 1.3 million Corolla cars were recalled for a faulty headlight switch and some other problems, according to the Japanese transport ministry.

The latest quality hitch comes on top of the spate of massive recalls that began in late 2009, mostly in North America and which now cover more than 12 million vehicles.

Koji Endo, auto analyst with Advanced Research Japan Co. in Tokyo, said the latest recall will cost Toyota about 20 billion yen ($240 million), but that won't dent its earnings performance by much.

"But there is that perception of here we go again, and that hurts Toyota's image, especially in North America," he said.

Toyota is likely trying to be aggressive with recalls, carrying them out quickly before they turn into bigger problems, and so the latest one is not a sign that quality is taking another plunge for the worse at the automaker, Endo said.

Toyota has been struggling to regain its once solid reputation among buyers for producing reliable vehicles. The biggest damage to Toyota's image has been in the U.S. where its response was seen as dallying.

The recalls since late 2009 include defective floor mats and gas pedals that get stuck, some of them suspected of causing unintended acceleration or runaway vehicles.

In one of the problems announced Wednesday, an improper installation of a sensor to measure fuel pressure may cause the sensor to loosen as a result of engine vibration over time, and possibly cause fuel leakage, the company said. That problem also affects 280,000 Lexus cars sold abroad, 255,000 of them in North America and 10,000 in Europe.

Lexus dealers will inspect the vehicles for fuel leakage and will tighten the fuel pressure sensor with the proper torque, if nothing is leaking. If a leak is confirmed, the gasket between the sensor and the delivery pipe will be replaced, it said.

That same problem was also found in the Crown and Mark X models sold in Japan.

The second problem, which affects 141,000 Avensis cars sold in Europe, and New Zealand, was caused by irregular work on the fuel pipe, which may cause cracks and fuel leakage, Toyota said.

That problem was also found in 16 models sold in Japan, including the Noah subcompact, RAV4 sport-utility vehicle and Wish cars.

In December, Toyota agreed to pay $32.4 million in fines to the U.S. government to settle the investigation into its handling of two recalls. The latest settlement was on top of the $16.4 million fine Toyota paid earlier.

Chief Executive Akio Toyoda, the grandson of the automaker's founder, has vowed to regain trust and be quicker in responding to customer needs.

Toyota has held the spot of the world's biggest automaker in annual vehicle sales for three years straight, including last year though General Motors was close behind. But some believe that Toyota's relentless drive for growth hurt quality.