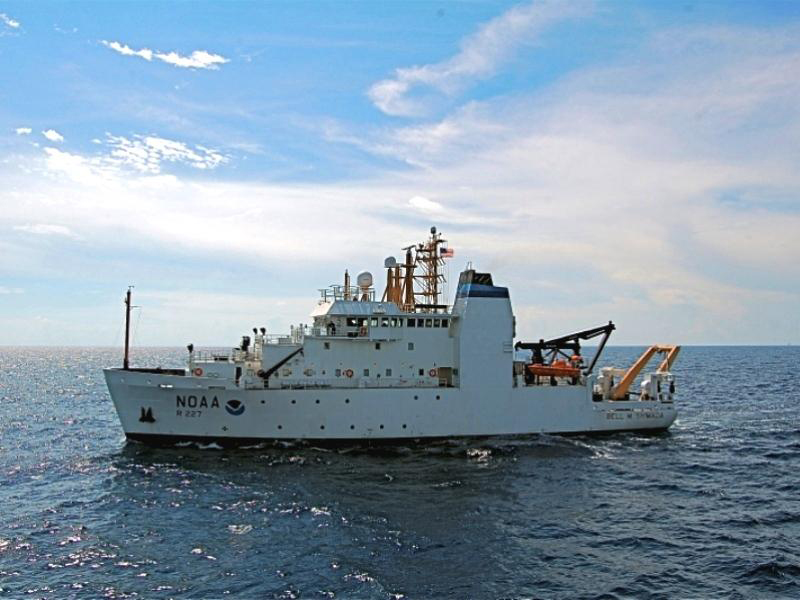 A toxic algae bloom spreading off the Pacific coast could be the largest one scientists have ever seen.

"It's definitely the largest bloom of this particular algae seen on the West Coast, possibly anywhere, ever" Raphael Kudela, a professor of ocean sciences at the University of California Santa Cruz, told CBS News.

"If you think of Qingdao, China, where they had the 'green tide' during the Olympics, that was even larger, but it wasn't producing toxins."

You wouldn't know it by looking -- the bloom consists of microscopic algae that give the water a vague brown-green cast -- but chemical analyses and satellite images show that a large swath of the ocean is being overtaken by a single-celled algae called Pseudo-nitzschia that produces domoic acid, a powerful neurotoxin.

"Currently what we're seeing is this large bloom taking place from about Santa Barbara all the way up to Alaska," said Kudela, who is leading a study on harmful algal blooms funded by the National Oceanic and Atmospheric Association. "We've been keeping track since the beginning of May."

Like flowers, algae blooms in spring, and toxic blooms are common and recurring in the Pacific starting in May, so Kudela and other marine scientists expected to see an uptick. But the size of this bloom surprised even him. "It's over such a large area. You typically don't see these blooms up in Alaska. They're having to deal with something they're not used to dealing with."

It's been particularly bad in Monterey Bay, where last month ocean researchers from the Monterey Bay Aquarium Research Institute (MBARI) measured some of the highest concentrations of harmful algae and their toxin ever observed. According to MBARI, during a normal Pseudo-nitzschia bloom, domoic acid concentrations of 1,000 nanograms per liter would be considered high. By mid-May, concentrations in the bay reached 10 to 30 times this level.

Domoic acid accumulates in small fish and shellfish at the bottom of the food web, which are then eaten by mammals and birds -- and sometimes humans. Consuming too much domoic acid overstimulates the nervous system, causing animals to become lethargic or disoriented. It can also lead to seizures and death.

Already, animal rescue centers along the coast are seeing an unusual increase in sea lion, dolphin and pelican deaths. Several of the animals have shown elevated domoic acid levels. Sea lions are stranding on the shores of Washington state for the first time.

The dangers of domoic acid have been well known and closely monitored since 1987 when a number of people died from eating Prince Edward Island mussels that were loaded with the toxin.

Each year California imposes a six-month moratorium on recreational shellfish harvesting from May through October, when the chance of toxic poisoning is highest, and enforces strict testing of hauls from commercial fisheries. California has closed an additional anchovy fishery, and both Oregon and Washington have shut down razor clam and crab and fisheries. More closures are likely to follow.

The danger to humans is restricted to eating seafood that contains a lot of accumulated domoic acid. The concentration of the acid itself in the water is not high enough to cause harm to swimmers and surfers.

Vera Trainer, manager of the Marine Microbes and Toxins Programs at the Northwest Fisheries Science Center in Seattle, is part of a team currently on a research cruise aboard a NOAA vessel conducting a weeks-long fish survey from Vancouver Island down to Southern California, around San Diego. The timing of the trip was a "happy coincidence," said Kudela, as his lab will, in short order, be able to receive water samples representing the entire coast from the ship.

That will help him get a better picture of the extent and severity of the bloom. It may also help close the question of whether it is connected to the "warm blob" of water in the Pacific, which has been implicated in the California drought and record snowfall this winter in the Northeast.

"It seems like it is linked, but it will take us a while to figure out," said Kudela. "That's why this cruise is important."