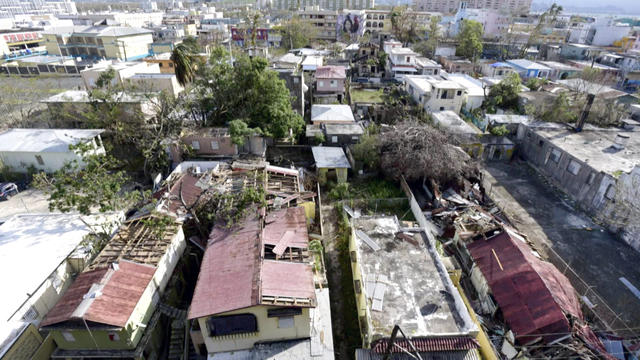 Rebuilding costs after three major hurricanes in the United States and Caribbean could reach hundreds of billions of dollars. Harvey drenched coastal Texas on August 25, Hurricane Irma made landfall in the Florida Keys on September 10 and 10 days later, Hurricane Maria slammed into Puerto Rico.

"In the longterm, it's gonna be worse than you think," said CBS News travel editor Peter Greenberg on "CBS This Morning."

According to the U.S. Travel Association, Puerto Rico could see a 50 percent drop in tourism and as a result, 36,600 fewer jobs.

"Travel and tourism is the largest industry in the world – more or less – it's 11 percent of global GDP. So that's an average, but in these territories and districts and island nations, it's much higher than that," Greenberg said.

For those who've already purchased flights to one of the hard-hit islands, Greenberg said people can get their money back as long as they paid with a credit card.

"If you bought travel insurance, you had to buy it before the storm was actually named," he said.

But avoiding high prices for tickets to islands in the Caribbean that were not affected by the hurricanes is going to be tricky.

"As people realize now they're not gonna go to those destinations like Saint Martin, Saint Thomas, Saint John, Puerto Rico they're gonna look to places outside the hurricane belt – Granada, Aruba, Curacao, Jamaica, Barbados and the numbers are gonna change," Greenberg said.

While airlines have capped their ticket prices to affected areas, they have not capped fees to unaffected areas.

In addition to rising air and hotel fares, Greenberg said jet fuel prices are up 50 percent since June.

"I'm not gonna be surprised if they add a fuel surcharge on to the deal as well," Greenberg said.