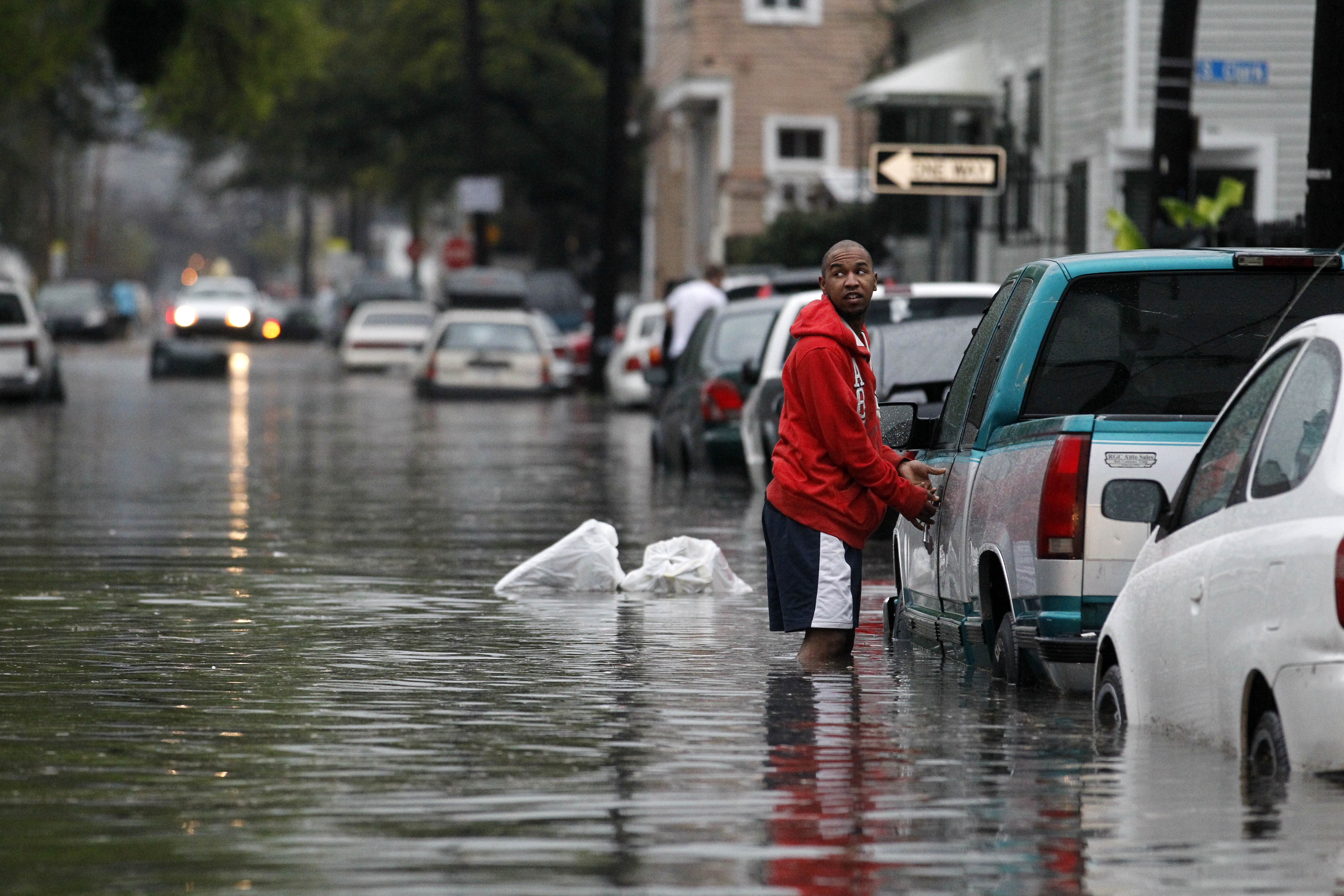 MOBILE, Ala. - Winds whipped by a line of severe weather tore roofs off buildings, overturned cars and caused minor injuries as the system trudged across the Southeast on Wednesday.

An apparent tornado heavily damaged several buildings and hurt people near Mobile in southwest Alabama, hours after several tornadoes were reported to the west in Louisiana. The system also dumped seven inches of rain in parts of Mississippi and spawned thunderstorms in Tennessee that ripped off part of a school's roof.

In Alabama, authorities said only three minor injuries were reported despite the destruction.

"It's very fortunate judging from the extent of some of the damage," said John Kilcullen, operations director for the Mobile County Emergency Management Agency.

Evelyn Thibeault said she saw a twister go by her business, Theodore Mail Ship and More.

"My front door flew open and a plant flew across the floor. Everything just turned white. BP is just gone. It's horrible," said Thibeault, breathing hard during a telephone interview. "It hit a hardware store, a little country music place they have. We're all still nervous and shook up."

At least three tornadoes touched down in southeastern Louisiana on the heels of Mardi Gras season, which ended Tuesday night. A twister that hit Bush damaged a car, truck, home and trailer and left a woman with a cut on her head, officials said.

The National Weather Service also reported tornadoes in Kenner, where no damage was reported, and around Lacombe, where a roof was torn off a house.

In the village of Tangipahoa, authorities used boats and pickup trucks to evacuate a mobile home park after heavy rains caused a creek to overflow its banks, flooding about 20 to 30 homes. About 130 people were displaced, with 19 spending the night in a shelter, said Tangipahoa Parish spokesman Jeff McKneely.

A thunderstorm in eastern Tennessee tore a section of roof from Camp Creek Elementary School on Wednesday morning, The Greeneville Sun reported. No injuries were reported and there were no children at the school yet.

Some buildings in Mississippi have also been damaged, but no deaths or injuries were immediately reported in that state.

Flash flood warnings were in effect in southeast Mississippi, and roads in several counties were flooded.

"Flooding is going to persist in some areas for a few days as water filters down into the larger rivers and waterways," said Daniel Lamb, a meteorologist with the National Weather Service in Jackson.