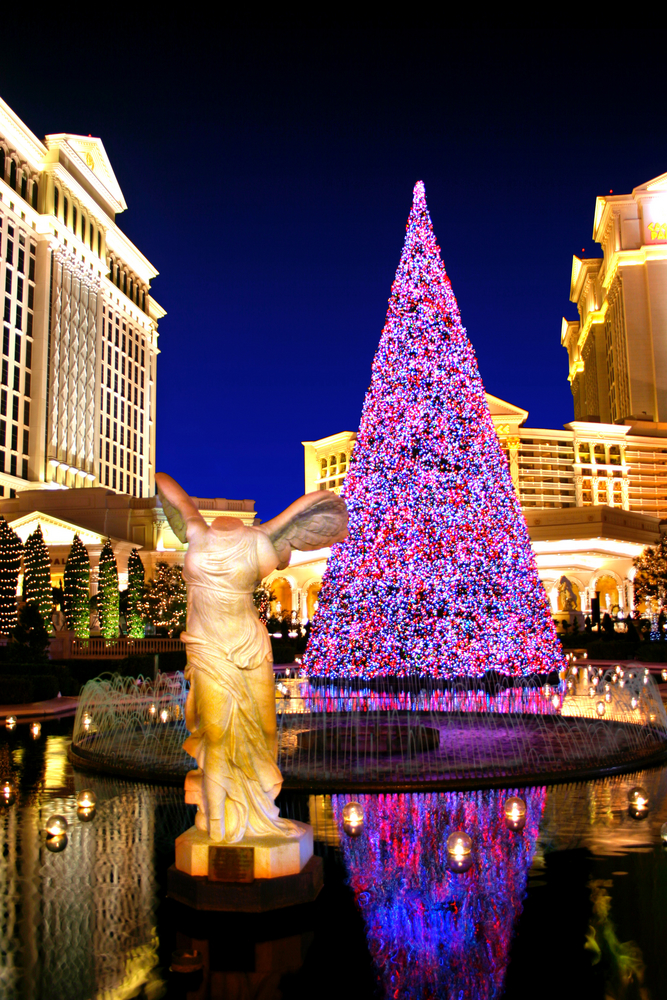 Holiday travel is stressful, but nearly half of all Americans will do it.

According to travel website Trip Advisor’s annual holiday survey, 45 percent of Americans will brave the airports, bad weather and traffic to get out of town. That’s about the same as last year, but more people will drive than fly: 53 percent said they will get behind the wheel compared to 48 percent last year.

Travelers cited the increasing cost of airfare as the main reason they are hitting the road this year, instead of flying. The national average cost of airfare has jumped by $35, up to $436 this year. Meanwhile, the average gallon of gas is 12 cents less than last year, making the decision to drive a little easier.

Of those traveling, 29 percent will enjoy a city getaway, while 18 percent want to hit the beach, which explains some of the location shifts in this year’s list over last year’s. So, if you’re planning a last-minute trip to a Christmas hot spot, or if you’re one of the stressed-out travelers who wants to avoid hot spots, these are the top five places where travelers say they’re heading, in reverse order.

5. Chicago: Fewer travelers will head to Chicago this year than last, but that doesn’t mean visitors won’t fight the crowds, particularly at the city’s main attraction -- Daley Plaza. The city sets up its massive tree in the plaza and hosts Christkindlmarkt there -- a German-style outdoor Christmas market. The zoos, arboretums and botanical garden all have light shows as well. Of course, all these activities involve wandering around in the cold.

4. Orlando: Disney World is the big attraction pulling travelers to Orlando. This is one of the busiest times of year for Disney World, where Main Street and Cinderella’s Castle are decked out in holiday lights and Epcot lets kids see Christmas traditions from around the world and hear the history of Christmas in its Candlelight Processional.

Feds target evictions by some of America's biggest landlords

3. Los Angeles: For those who don’t like snow, and Florida isn't on your list, there’s always L.A. The average daily temperature in December still reaches 66 degrees. Even then, you can still do some traditional winter ice skating at Pershing Square. While the city’s palm trees light up like any other, so do its beaches and harbors. There are a number of light-up boat parades across the metro area.

2. Las Vegas: Sin City is a newcomer to the list, and evidence that more Americans are using their holiday time off to truly vacation. Already covered in lights, the city still manages to put on a show. Always competing for customers, casinos try to outdo each other with decorations and lights. Like all things in Vegas, there are some outlandish and over-the-top Christmas trees to see. Unlike the rest of the country, everything is open on Christmas Day and the city is certainly crowded.

1. New York City: The Big Apple topped last year’s list as well, and it’s really no surprise considering it’s the biggest city in the country and well-known for its festive features. A stroll down New York's avenues, a'twinkle in holiday lights can bring out the holiday spirit in any Grinch. Rockefeller Center and its massive tree is the focus for holiday events, but there also are many other tourist attractions to enjoy, from The Nutcracker at Lincoln Center to the Rockettes at Radio City Musical Hall to ice skating in Central Park.