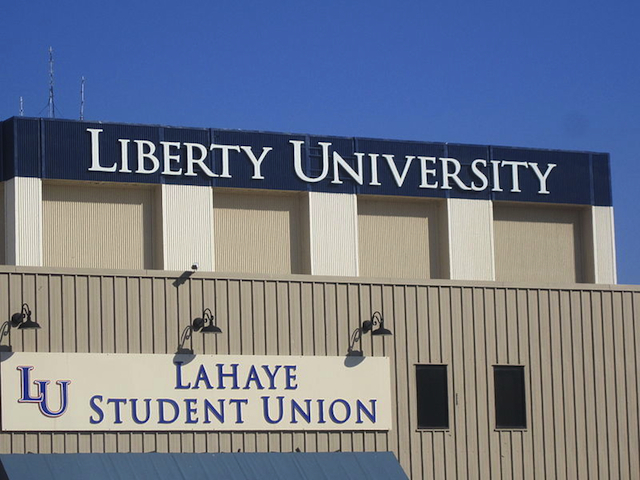 (MoneyWatch) If you agree with Republican presidential candidate Rick Santorum that colleges are too liberal, take heart. There are institutions of higher learning that pride themselves on their conservatism.

In response to frequent requests by families, the Young America's Foundation has released a list of its top conservative colleges, which includes schools from Virginia to California. In alphabetical order, here are the foundation's 15 favorite conservative colleges and universities:

This small Catholic institution with just 400 students happens to enjoy Santorum's stamp of approval. The presidential candidate, who is Catholic, serves on the advisory board of the school that says on its website that Catholicism is the "air we breathe."

This is a work college in rural Missouri, which proudly calls itself "Hard Work U." Through its work program, the college guarantees to meet the entire cost of education for its students.

Bill Armstrong, a former Republican U.S. Senator, is president of this school, which has sued the federal government over mandates included in the federal landmark healthcare insurance act. The school's mission statement says it is dedicated to such things as traditional family values, limited government, free markets and the Biblical view of human nature.

This liberal arts college, which was founded in 1876, is located not far from Pittsburgh. On its website, the college proclaims that it rejects relativism and secularism and instead fosters "intellectual, moral, spiritual, and social development consistent with a commitment to Christian truth, morals, and freedom."

More than 700 students at this school, which bills itself as "passionately Catholic," belong to small faith-sharing groups called "households." Through sports, Bible study, prayer and other social activities, households provide an essential bonding experience that parallels the mission of the university.

With roughly 6,500 students, this Christian institution is the largest private university in Arkansas.The school says that it offers a liberal arts curriculum that is taught from a Christian perspective.

This well-regarded liberal arts college, with roughly 1,350 students, rejects all federal and state funding to protect its independence. The college operates on an honor code and enjoys a student-faculty ratio of 10-to-1.

This small college is located in the Empire State Building and has adjunct professors from conservative media outlets such as The National Review and The Wall Street Journal. All students are grouped in houses named after such conservative darlings such as Ronald Reagan and Margaret Thatcher.

Founded by the late Rev. Jerry Falwell, this is the world's largest evangelical university. The mission of Liberty University is "to develop Christ-centered men and women with the values, knowledge, and skills essential to impact tomorrow's world."

Founded in 2000, the roughly 400 students who attend this Christian college receive a classical education that includes an in-depth exposure to the great books of Western Civilization. Its debate team enjoys an excellent national reputation.

This school in Virginia Beach provides degrees with a Christian perspective in such areas as business, education, government and divinity. The school's motto is "Christian Leadership to Change the World."

St. Vincent College is a traditional Catholic college in a rural setting that's located outside Pittsburgh. With almost 1,700 students, the college offers a comprehensive liberal arts program in the Benedictine tradition.

None of the students attending this small school, which is located in a rural area of Southern California, select a major. Everyone studies the Great Books curriculum and all graduate with a Bachelor of Arts in Liberal Arts.

At this tiny Catholic school (less than 100 enrolled) every student spends one semester in Rome. Upon graduation, the average student has translated more than 1,000 lines of Homer, Cicero and other Classical authors.

Founded by members of the Wisconsin Evangelical Lutheran Synod in the early 1970's, the college has 1,022 students. The average class size is 17 students.