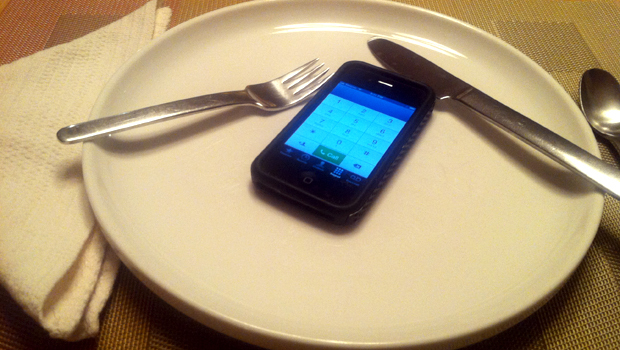 (MoneyWatch) In the 1990 sleeper "Crazy People," Dudley Moore throws a guy's hardwired cell phone into the East River, saying "People who use car phones annoy other drivers." Nearly a quarter-century before smartphones hijacked our lives, Moore's character presciently hinted at an impending age of rudeness.

We are now in the thick of the age Dudley warned us about. Here are the top 10 petty annoyances people in the business world inflict on others (in no particular order -- they're all equally annoying depending on the context):

1. Being late: Nothing says "your ever-shortening life is less important than mine" than keeping someone waiting. Life makes it hard to keep a perfect schedule -- I get that -- but it's not impossible to be on time if you decide that's important to you. Though there are many oh-I'm-too-busy people who will deny it, being on time -- or late -- is a choice, conscious or otherwise.

2. Communication evasion: I see this more and more often -- the phone rings, Mr. Important looks at the screen and doesn't take the call even though he's able to, then immediately responds with a text that says "what's up?" or words to that effect, for no reason other than to avoid talking. It's dismissive, even arrogant, and inefficient to boot.

3. And the opposite... phone abuse: It's cliche at this point, but it seems all hope of self control is lost when it comes to our small screen addiction. We've all seen it: talking on the phone in a public restroom, texting during a conversation or meeting, emailing in a nice restaurant. This is a bell that unfortunately can't be un-rung, but it never stops being inappropriate and rude.

4. Inviting messages, then ignoring them: If you have a voice mail box or otherwise provide a means of leaving messages, it implies that you check and attend to them. Yet more and more people who have the standard "leave a message and I'll get right back to you" recording never listen to their voice mail. If you don't want messages and/or don't plan to respond, that's fine -- just don't invite them. Disable your voice inbox or leave an outgoing message saying you don't check voice mail. It's really that simple.

5. Being ungrateful: If someone does something nice for you, show your appreciation. Most of the time that just means saying thank you. Gratitude sometimes seems to be on the brink of extinction.

6. Demanding instead of asking: Absent some version of "please," a request can come off as a demand, even if it isn't meant that way. This is partly an unfortunate byproduct of our new national language -- let's call it "textlish" -- where he who uses the fewest words and letters is clearly the busiest and most important. But there's a world of difference in tone between "please get me that report" and "get me that report." Sure, the recipient often understands it, but would it kill you to add one word? If you're too pressed for time to use vowels, make it "pls" -- I've given up fighting that one.

7. The cloak of anonymity: Notes without names on them -- particularly to customers who may want or need to respond to you or keep records -- are obnoxious. If you're writing to someone who doesn't already know who you are, give them your name. Who are you hiding from, and why?

8. Dropping names: I'm not talking about mentioning all the important people you know (though that's obnoxious too). I'm talking about not addressing people by name when you can and should be doing so. Again, this happens a lot in (poor) customer service. If someone gives you their name, use it when addressing them.

9. Dissing job applicants: When I interview someone for a job, I often ask how the career search has been going in general. I am amazed at how often I'm told that companies interview good people and never contact them again. If a job applicant is good enough to be asked to visit you for an interview, you owe her a follow up, whether she got the job or not.

10. Annoying the other 95 percent of the world: America may be the hub of the business world, but unfortunately many American business people act as if it is the center of the universe. I see it when people correspond with overseas companies, and I certainly see it in my international travels. Quiet, humble politeness is a universal language.

I hold myself to very high standards of comportment, so it's painful to admit that I find myself slipping on a couple of these things from time to time (specifically numbers 1 and 4), which really makes me resent me. Not that it's an excuse, but society, business and technology have made it incredibly difficult for even the most decent, professional person to avoid being rude. But I'm determined to go down fighting.

If history is any indication, a few readers will disagree with some of these, tell me I should get over it, or say that I'm a dinosaur (as a 40-something I don't think so, but if I am I'd like to be a Brontosaurus -- I always liked them). But probably more will have other rudeness peeves to share. Please feel free to vent about yours.