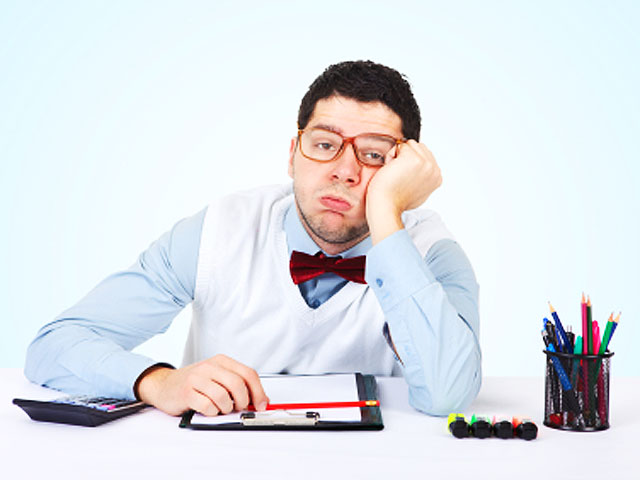 (CBS) Here's bad news you might want to take standing up. An ominous new report ties a lack of physical activity - spending too much time sitting on your duff, essentially - to up to 43,000 cases of colon cancer and 49,000 cases of breast cancer each year.

The report - presented Thursday at an annual conference of the American Institute for Cancer Research in Washington, D.C. - has experts urging Americans to make more time for physical activity and to take a one- to two-minute break for every hour of sitting.

Something as simple as walking to a colleague's office instead of sending an email or going to the kitchen to get a glass of water can make a critical difference, experts say. Just don't make the mistake of thinking regular workouts can eliminate the cancer risk tied to inactivity.

"A person who gets up in the morning and makes time by spending 30 minutes on the treadmill probably feels pretty pleased with himself - and he should," registered dietitian Alice Bender said in a written statement issued by the institute. But, she asked, "What happens during the other 15 hours and 30 minutes he spends awake? If he's like most Americans, he sits - on his commute, at the office, and at home."

Do the math, and that means such a person is physically active for just 3 percent of his time awake.

And it's not just colon and breast cancers that physical activity might help prevent, according to the statement. There's also evidence that activity can lower the risk for prostate and endometrial cancer, according to Dr. Christine Friedenreich of Alberta Health Services-Cancer Care in Alberta, Canada.

Dr. Friedenreich's research shows that even in previously sedentary postmenopausal women, a program of moderate to vigorous exercise can lower levels of the so-called "biomarkers" of cancer risk.

The institute offered several ideas for boosting activity levels, including:

*Set a timer on your computer to remind you every 60 minutes to take a short break.

*Hold quick meetings on the go - while walking.

*Keep light hand weights in your office to use while talking on the phone or reading.

*Stand up and walk around during phone calls.

*Ask your employer to install a punching bag or chin-up bar in the break room.