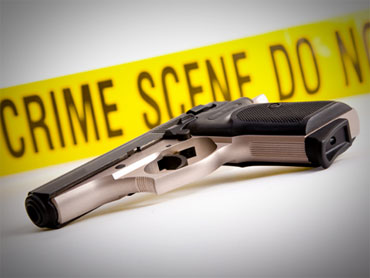 It's a common narrative put forth throughout the news media almost every time a mass shooting occurs: mental illness, at least partly, must have played a role in the violent act.

But many mental health experts have long warned not to jump to such conclusions, as the amount of violence in the U.S. actually attributable to mental illness is exceedingly low and the routine linkage paints an unfair portrait of those with mental health issues, who are much more likely to be the victims of violence than to commit it themselves.

Now, researchers from the Johns Hopkins Bloomberg School of Public Health are sounding the alarm with a new report on the disproportionate media coverage mental illness receives in relation to violence.

The analysis, which appears in the June issue of the journal Health Affairs, found that nearly 40 percent of news stories about mental illness connected it with violent behavior toward others. That number does not match up with the 5 percent of violence in the United States that is actually directly related to mental illness, the researchers say.

The study included a random sample of 400 news stories from top-tier media outlets, including high-circulation newspapers like the New York Times, Wall Street Journal, Los Angeles Times and Washington Post, as well as evening news programs on national television networks CBS, NBC, and ABC and all of CNN's news programs, over a 20 year period.

The problem, experts say, is that many media outlets often seek to answer the common adage of "How can this happen here?" for viewers. But in doing so, more often than not, they wrongly default to an explanation of a mental illness because of the common -- but false -- idea among many that anyone who would commit violence, especially mass shootings, must have mental illness.

"Anyone who kills people is not mentally healthy, but that does not mean that they have a clinical diagnosis and therefore treatable mental illness," McGinty said. "It could be that there are emotional issues at play, that there's anger that is driving this. Social isolation could be a factor, or there could be substance abuse going on. There are a whole host of other factors that even if you were to get them into the mental health treatment system, mental health treatment would not erase those factors."

Dr. Joshua D. Lee, an associate professor in medicine and psychiatry at NYU Langone Medical Center, also emphasized that most mass shootings, contrary to many media reports, are not the result of a flawed mental health system.

"These mass shootings are more often than not just like any other violent crimes," he told CBS News. "There tends to be quite a bit of forethought and planning that would seem to demonstrate that it's not a mental health system or treatment system or screening problem so much as it is an ability to stockpile incredible amounts of firepower."

Of course, there are instances where mental illness actually does play a role in high-profile violent acts, a prime example being the 2011 Tuscon shooting that left U.S. Representative Gabrielle Giffords critically injured and six others dead. The perpetrator, Jared Lee Loughner, was subsequently diagnosed with schizophrenia.

"He appears to have been in a psychotic state when he committed this mass shooting," McGinty said. "So in that case, while not at all representative of most people with schizophrenia, the reporting linking the mental illness to the mass shooting was completely accurate."

However, such cases where there is a confirmed, diagnosed mental illness involved in a mass shooting are few and far between -- though the disproportionate amount of coverage such news events like this receive would lead the public to believe otherwise.

Both McGinty and Lee urge the media not to report a link between mental illness and violence unless it is actually documented.

When there is a documented role of mental illness in a violent act, researchers say it's also important to include more context.

"Saying things like 'this case is an outlier,' and 'that most people with mental illness, according to research evidence, are never violent,'" McGinty said. "That can help with the stigma."