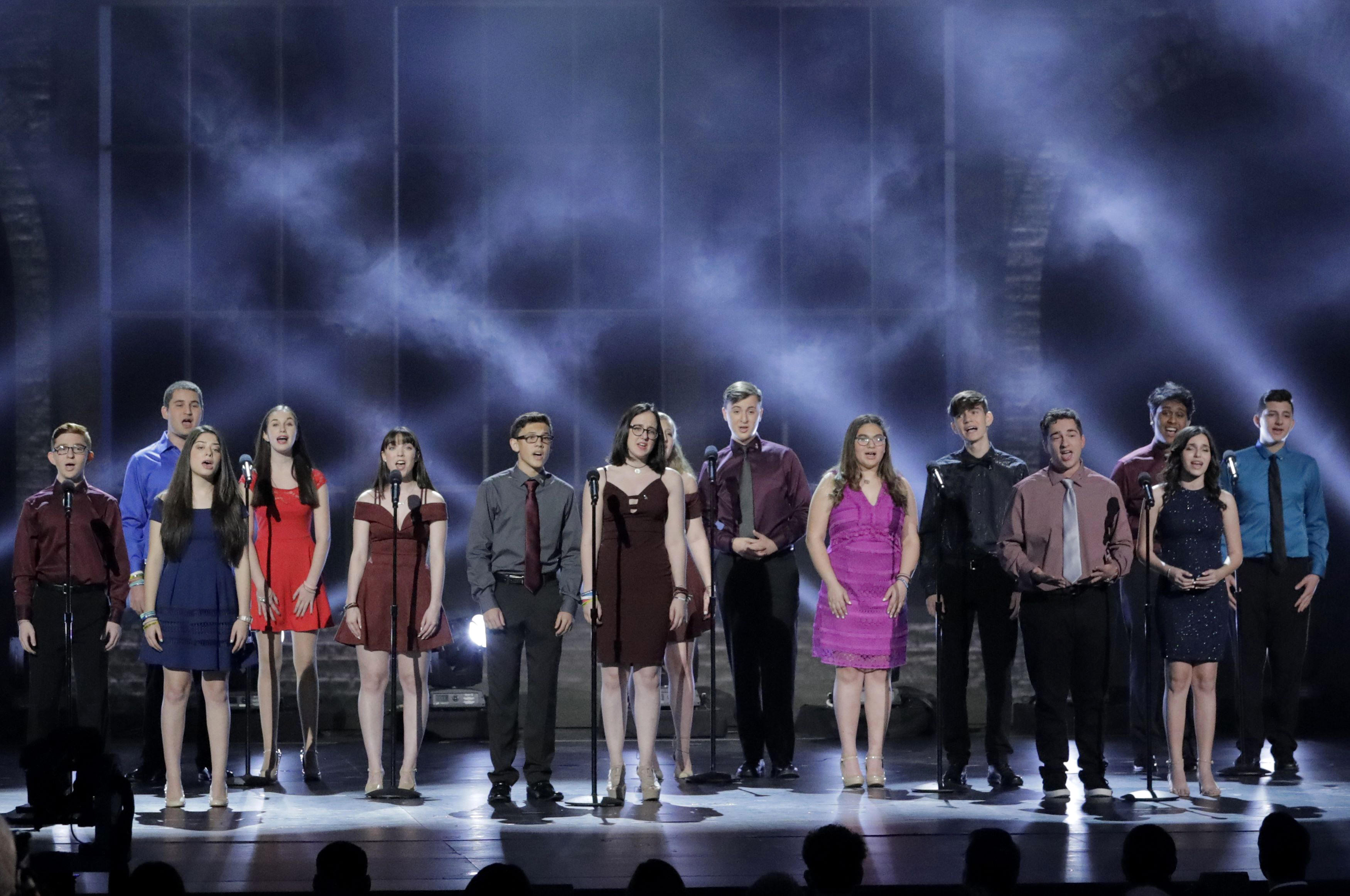 NEW YORK -- The drama students from Florida's Marjory Stoneman Douglas High School have made another surprise stage appearance in New York. This time it was at a fundraiser in New York's Central Park for the summer Shakespeare in the Park program.

The benefit Monday night included a production of the 1978 Tony-nominated show "Runaways" by the late Elizabeth Swados.

At the end of the show, the Parkland school students were brought onstage. They performed a piece that was written by Swados for a screenplay of "Runaways" that never materialized.

"We could not be more proud to include Parkland's Marjory Stoneman Douglas High School students in RUNAWAYS," the Public Theater, which runs the Shakespeare in the Park program, said in a tweet.

The students appeared during Sunday's Tony Awards to sing "Seasons of Love" from "Rent."

Their drama teacher, Melody Herzfeld, was honored during the show. She has been credited with protecting students during the shooting at the school that killed 17 people.