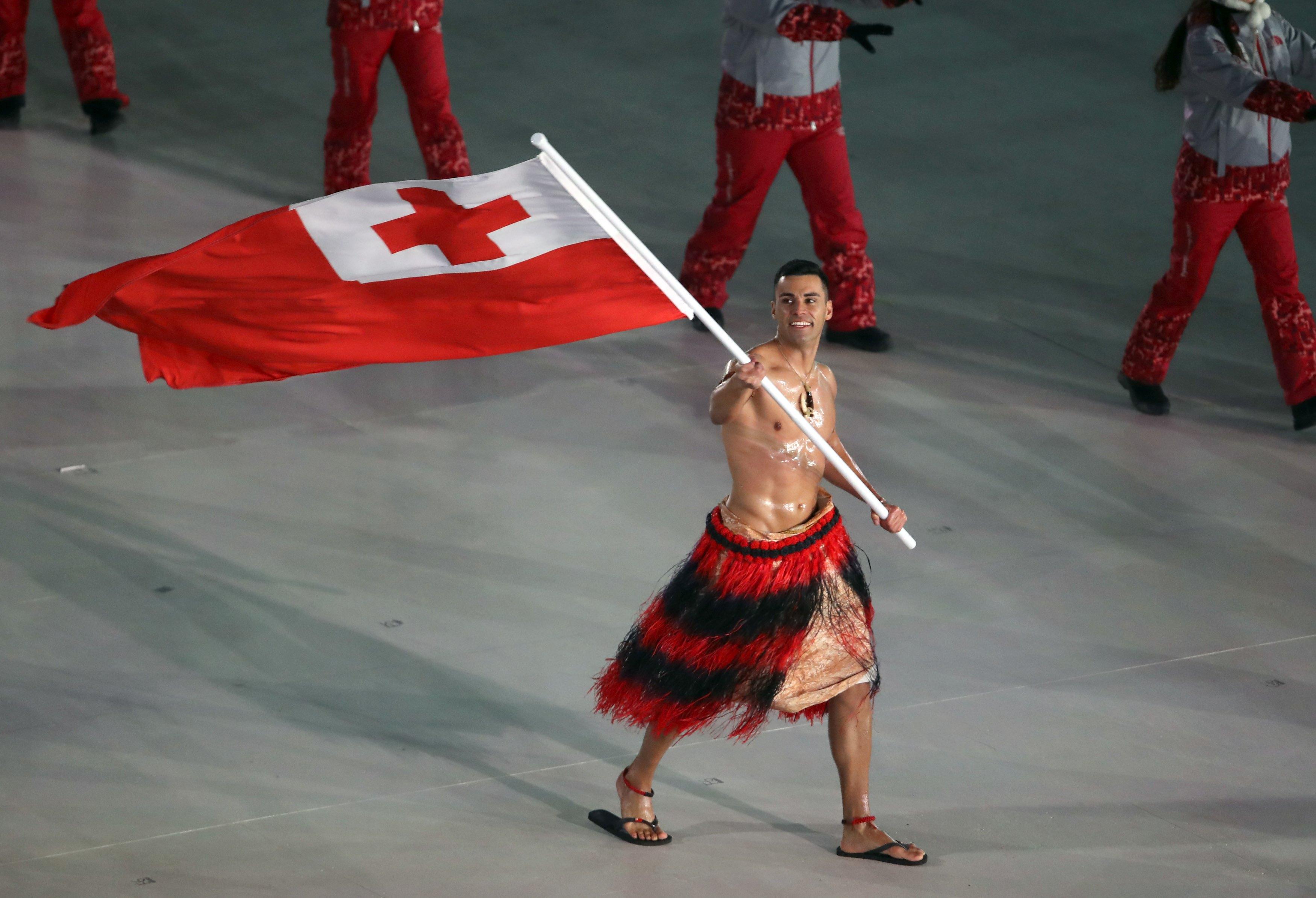 PYEONGCHANG, South Korea -- Pita Taufatofua has shown once again he's willing to give the shirt off his back for Tonga in Olympic conditions, whether it be sun, snow or shine.

Less than two years after shooting to international fame when he walked shirtless and oiled-up into the opening ceremony of the Summer Games in Rio de Janeiro, Taufatofua was bare chested again when he carried the Tongan flag into the opener of the Winter Games in Pyeongchang on Friday.

Temperatures at the small South Korean ski resort have been well below freezing for days.

Taufatofua competed in taekwondo in Rio, and is back competing in cross-country skiing, despite representing a tropical south Pacific island nation where it doesn't snow.

Clearly, he considers himself a well-oiled machine.

"I won't freeze. I am from Tonga. We sailed across the Pacific. This is nothing," he was quoted as saying by the Olympic news service. "It's a little bit warmer being in Rio than in here ... but anytime you get to represent your country is a good time."

"It's the hardest thing I've ever done," he said. "Taekwondo is intense, someone's trying to kick your head in. Skiing, you have pain for an hour. Do you like short pain or long pain? But I love them both."