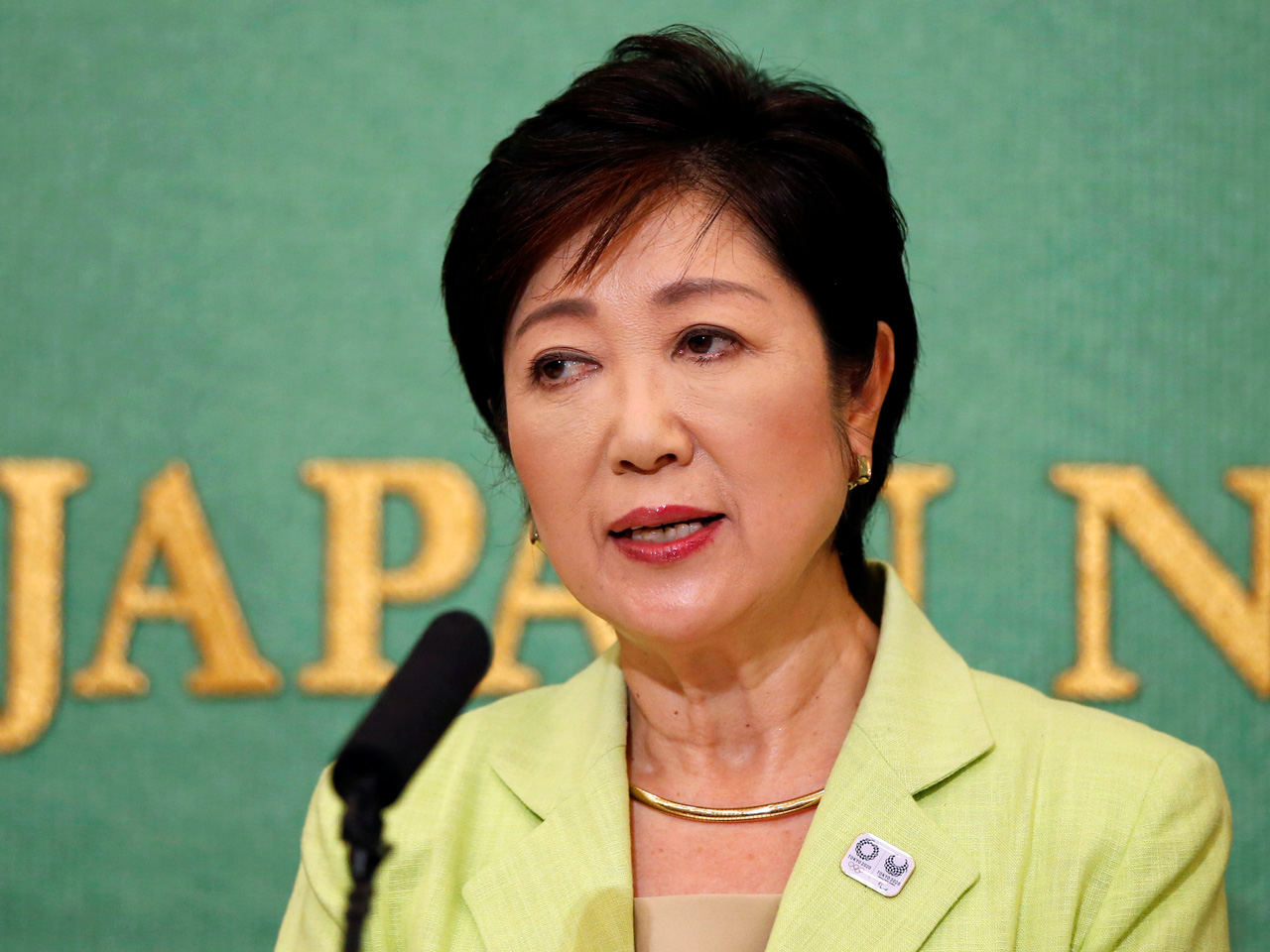 TOKYO - Tokyo on Sunday elected its first female governor to lead the city as it prepares to host the 2020 Olympics, as voters turned to a leader promising clean politics after two predecessors resigned over money scandals.

Yuriko Koike was announced the winner by Japanese media as soon as voting ended, based on her definitive lead in exit polls. She will take charge of a sprawling capital with a population of more than 13 million and an annual budget bigger than Sweden's.

"I am pushing for a Tokyo where people's lives will be better, and everyone can shine - men and women, children and adults, the elderly and the disabled," Koike said, appearing at her campaign office, bowing deeply and waving to cheering supporters.

Koike, 64, had previously served as defense minister, Japan's first woman in that post. But she ran in the Tokyo election without the official backing of the ruling pro-U.S., pro-business Liberal Democratic Party. During her campaign, she wore green to symbolize her freshness, and asked her supporters to also wear the color and wave green fans and banners.

One of Koike's first jobs will be going to the Rio de Janeiro Olympics as the representative of the city that's hosting the next games.

Yoichi Masuzoe, the former governor, resigned in June after acknowledging exorbitant, though not illegal, spending of taxpayers' money, including for hotel suites and expensive artwork. The governor before him also resigned in disgrace.

Planning for the 2020 Tokyo games has run into problems, including ballooning costs, the scrapping of the initial main stadium design and delays in construction. The Tokyo Olympics logo had to be redesigned after the initial choice was reportedly plagiarized.

The games are a centerpiece for Japan's revival hopes as the world's third-largest economy strives to keep growth going, largely based on monetary policies after more than a decade of stagnation.

Tokyo makes up a fifth of Japan's gross domestic product, and is home to about half of the nation's major companies. The city is hoping to showcase Japan's prized technology, including self-driving vehicles, during the games.

Torigoe, a cancer survivor who is married, was embroiled in a sex scandal, reported in a popular tabloid magazine during the campaign period. He denies the allegations.

Public broadcaster NHK reported that Koike had won over both independents and ruling party supporters. Official results are expected by Monday.

After her win was announced, Koike promised that she would investigate what had happened regarding Masuzoe's exorbitant spending, and that she would decide what needs to be done to prevent a recurrence.

She also said she would work to fix the longtime problem over the lack of child-care facilities to help women pursue equal employment opportunities. She acknowledged that her being a woman was one way voters were looking for change.

"I promise a city hall that has never been seen before," Koike said.