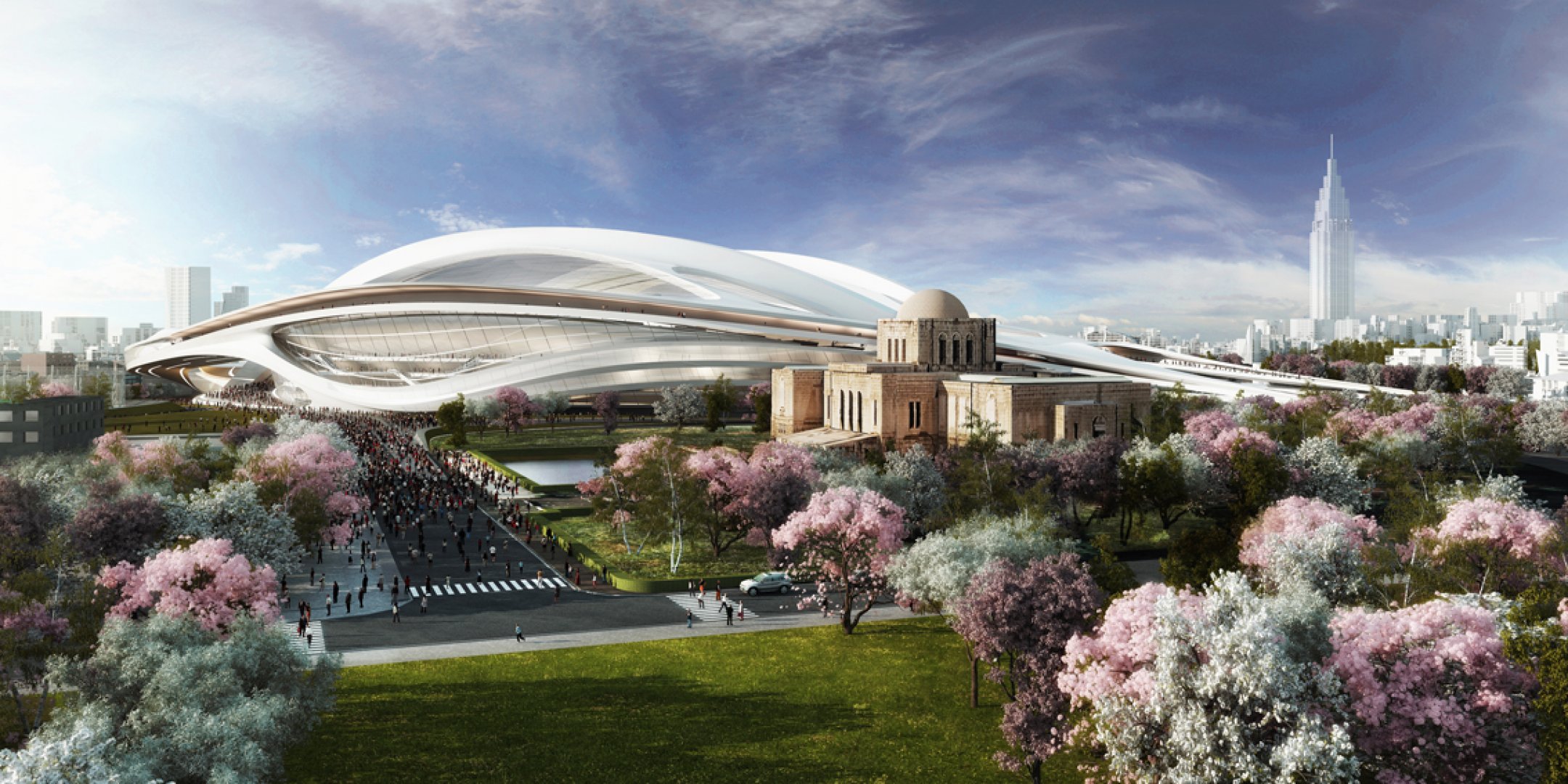 Japan's summer Olympics are still five years away, but there is major controversy over the centerpiece of the games.

The design for the new Tokyo stadium is expected to be finalized next week and construction is set to begin October 1. Reports say it could cost more than $2 billion, which would make it the most expensive stadium ever built. But as CBS News correspondent Seth Doane reports, the bill is not the only big hurdle.

While it hasn't even been built, the stadium is igniting emotions. Some have likened it to a spaceship, a bicycle helmet or a turtle. Nearly every major Japanese architect has criticized the design.

"all projects of this scale or magnitude -- public projects in particular -- will always get a lot of attention," architect Satoshi Ohashi said.

Ohashi is at the center of the debate. He oversees the project for famed Iraqi-British architect Zaha Hadid.

He details the thinking behind his firm's vision of Olympic stadium greatness: sleek, modern lines, a retractable roof and a public skywalk to give passersby a panorama of Tokyo.

Ohashi said the design has been revised to address issues like cost. The original proposal was $2.4 billion, more than twice the amount allocated.

The commentary and tweaks along the way are all "part of the refinement and development of any design," Ohashi said.

Protesters linked arms last July as if to "protect" the old, 50,000-seat stadium, which is being demolished to make way for the new one and its 80,000 seats.

In the process, a public housing project will be torn down; home to 80-year-old Kohei Jinno.

But why do people care so much?

"I think an Olympic stadium is all about Olympics, and Olympics are all about nation branding, national identity, who we are as people," Tokyo professor Jeff Kingston said.

Kingston penned a critical op-ed in the "Japan Times," calling it: "the stadium equivalent of a monstrous Prada bag plopped down in a lovely park."

"I think in terms of priorities, in terms of sustainability, in terms of aesthetics -- I think a lot of people don't think it makes any sense," Kingston said.

There's also the price tag, in a country still reeling from the 2011 earthquake and tsunami, with tens of thousands still living in temporary housing. And then there's the sheer size.

"Okay, Lady Gaga can come once a year and fill the stadium ... but there aren't too many events that are going to attract that many people," Kingston said.

The rugby World Cup final will be held at the stadium in 2019. During the Olympics it'll host the opening and closing ceremonies and all track and field events.

The Japan Sports Council commissioned the stadium and shared early proposals for high-tech gadgets, from seats equipped with monitors to a facial recognition system to replace tickets. They caution they're months away from seriously considering these proposals but want it to be the world's "number one stadium."

"Over time I think as it becomes used and as people are -- it becomes part of their daily life... it will naturally blend into the landscape," Ohashi said.

Did an FBI sting operation in Vegas cross the line?