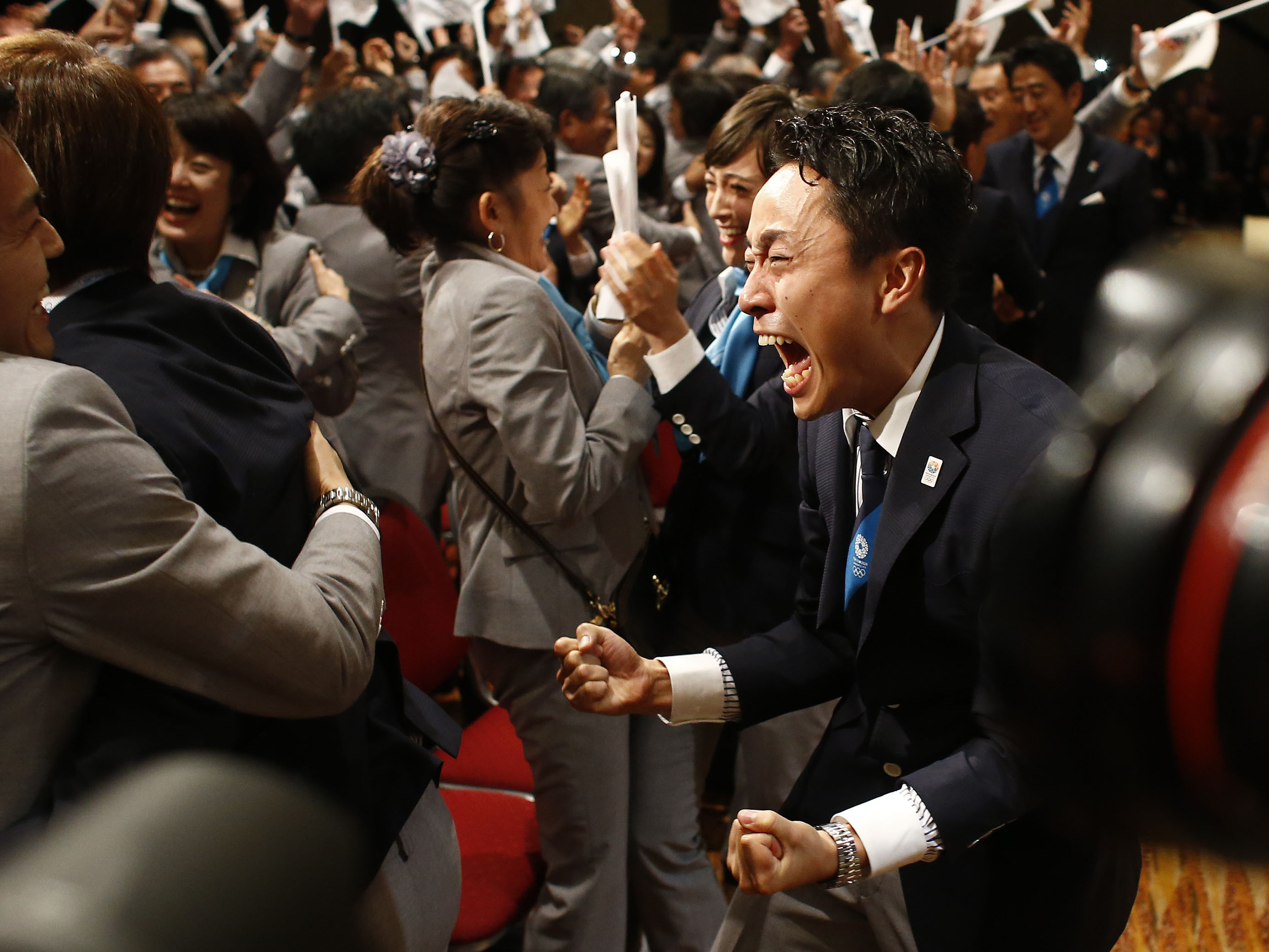 BUENOS AIRES, Argentina Tokyo was awarded the 2020 Olympics on Saturday, capitalizing on its reputation as a "safe pair of hands" and defying concerns about the Fukushima nuclear crisis.

Tokyo defeated Istanbul 60-36 in the final round of secret voting Saturday by the International Olympic Committee. Madrid was eliminated earlier after an initial tie with Istanbul.

Tokyo, which hosted the 1964 Olympics, billed itself as the safe and reliable choice at a time of global political and economic uncertainty.

"Tokyo can be trusted to be the safe pair of hands and much more," bid leader and IOC member Tsunekazu Takeda said in the final presentation. "Our case today is simple. Vote for Tokyo and you vote for guaranteed delivery. ... Tokyo is the right partner at the right time."

Even though it was 5 a.m., a gathering of 1,200 dignitaries and Olympic athletes crammed into a convention hall in downtown Tokyo to celebrate the news. Cheers of "Banzai" filled the hall when the announcement was made that Tokyo had won.

"This is a credit to the efforts of the entire nation," said bid ambassador Saori Yoshida, a three-time gold medalist in women's wrestling. "The chance to see the highest level of sport live is a great chance for everyone and as an Olympic athlete I'm thrilled with the result."

Tokyo had been on the defensive in the final days of the campaign because of mounting concerns over the leak of radioactive water from the tsunami-crippled Fukushima nuclear plant.

In the final presentation before the vote, Japanese Prime Minister Shinzo Abe gave the IOC assurances that the Fukushima leak was not a threat to Tokyo and took personal responsibility for keeping the games safe.

"Let me assure you the situation is under control," Abe said. "It has never done and will never do any damage to Tokyo."

"It poses no problem whatsoever," Abe said in Japanese, adding that the contamination was limited to a small area and had been "completely blocked."

"There are no health related problems until now, nor will there be in the future," he said. "I make the statement to you in the most emphatic and unequivocal way."

Tokyo Electric Power Co., Fukushima's operator, has acknowledged that tons of radioactive water has been seeping into the Pacific from the plant for more than two years after the March 2011 earthquake and tsunami led to meltdowns at three of its reactors. Recent leaks from tanks storing radioactive water used to cool the reactors have added to fears that the amount of contaminated water is getting out of hand.

While celebrations rang out in the streets of the Japanese capital, a groan went out in the old city of Istanbul where hundreds of hopeful Turks heard the announcement.

Istanbul's failure to win the bid Saturday was a blow to Turkish Prime Minister Recep Tayyip Erdogan, who had flown to Buenos Aires to make the case straight from the G-20 summit in St. Petersburg, Russia.

Turkey, an early favorite, seemed to falter in June when the government clashed violently with protesters. Istanbul may also have been hurt by a string of doping scandals among Turkish athletes and the uncertainty of neighboring Syria's civil war.

In Istanbul's fifth overall bid, Erdogan had argued it would be a first for a predominantly Muslim country in a city linking the continents of Europe and Asia.

Rafet Pacali, an Istanbul resident, said the repeated rejection for Istanbul in its fifth bid was difficult to take.

"They just don't want to give it to us," he said, while sparing some optimism. "Next time hopefully, if it's meant to be."

The city was prepared to celebrate where large TV screens were put up in front of the sixth-century former church of Haghia Sophia. Music blared and red and white Turkish flags waved. The crowd was ecstatic when just over an hour before the final announcement they watched the International Olympic Committee declare that Istanbul had beaten out Madrid to reach a final round of voting against Tokyo.

But when the final announcement was made after 11 p.m. in Istanbul, a brief sound of disappointment gave way to silence and the crowd quickly dissipated.