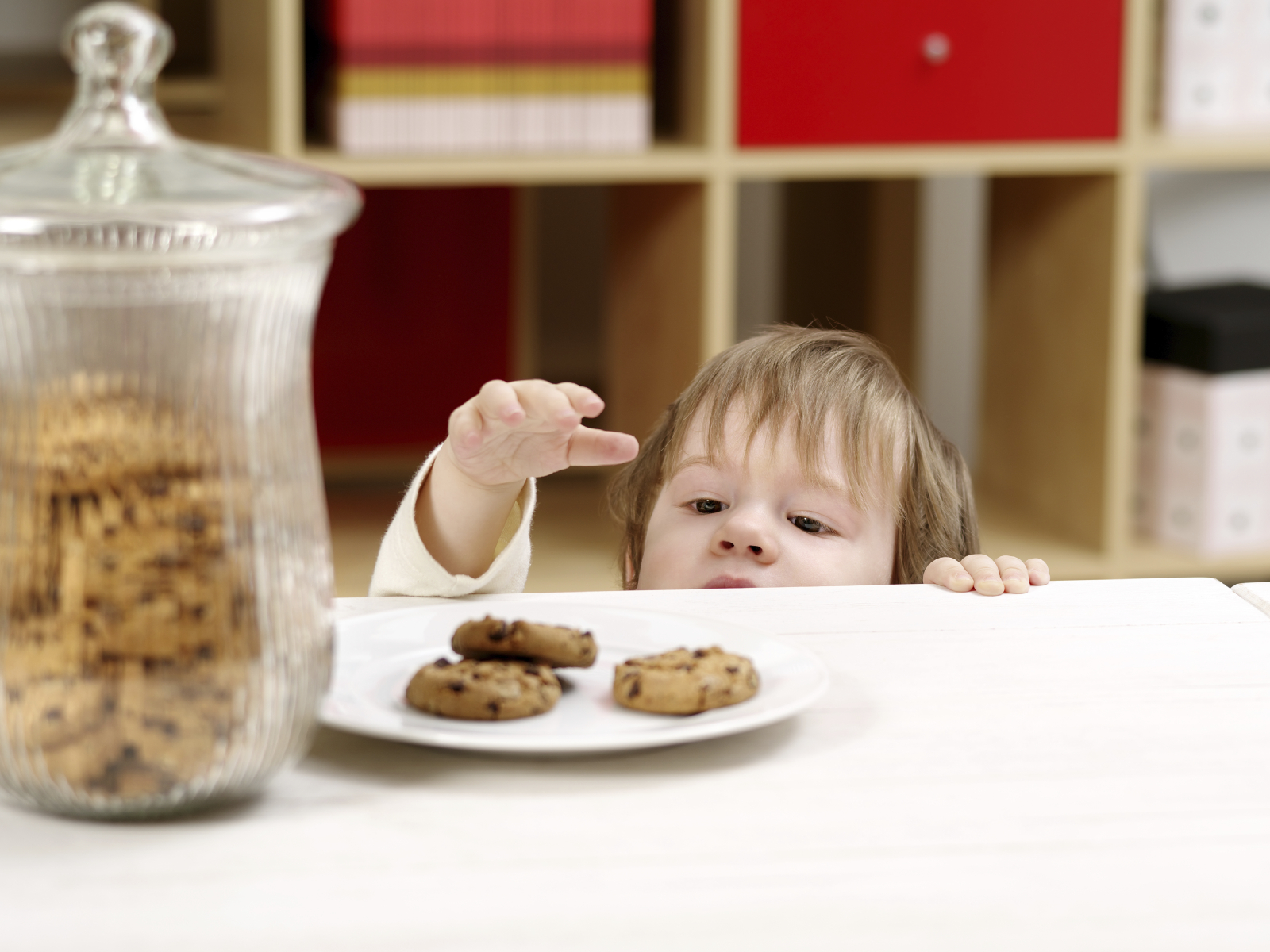 Toddlers who crave sweet-tasting snacks as opposed to salty ones are at a higher risk for excess weight gain, a new study shows.

The results, published in the journal Pediatrics, provide more evidence that some people may be hard-wired to like sugary foods, putting them at a greater risk for obesity, the authors say.

For the study, researchers from the University of Michigan's C.S. Mott Children's Hospital asked over 200 low-income mothers to have their children fast for one hour before providing the kids with a substantial lunch.

The toddlers were then presented with a tray of snacks -- both sweet treats like chocolate chip cookies and salty ones like potato chips -- and were told they could eat as much as they wanted.

The researchers found that those who ate more and showed an inclination for sweet over salty snacks were at a higher risk for body fat increases by the time they were about three years old.

Lead study author Dr. Julie C. Lumeng, a developmental and behavioral pediatrician at University of Michigan's C.S. Mott Children's Hospital, said that the results suggest some people may be genetically predisposed to have a sweet tooth, making them more likely to gain unhealthy weight.

"There's been a literature out there for the past 10 or 20 years that there's variability between kids, at least at school age, in how interested they are in eating dessert after they already have a filling meal," she told CBS News. "There have been some studies that show there are genetics underlying that. But no one ever looked at it in kids this young."

She said the results suggest "the liking for sweet taste is probably biologically-wired, and some kids are just born with more of an interest in dessert than others," she told CBS News.

For these children, Lumeng said parents need to be extra-cautious about what foods are made available to them. However, she notes that the inclination for sweet foods is probably not something that can be prevented or unlearned.

"If you notice when your child is one or two years old that they're really interested in sweet foods, that may be a signal that they were just born that way and you may need to be more vigilant in monitoring the types of food you have in the house, maybe a closer eye than with a different child or a sibling."

"For children who prefer sweet foods, I suggest fresh fruit, dried fruit such as mango slices, dark chocolate and nuts," she told CBS News. "These foods tend to be not only more nutritious, but also more filling than eating one or two store-bought chocolate chip cookies."

Graf also said it's important to move away from the notion of "kid food" versus "adult food."

"If a food is unhealthy for us as adults, it's not healthy for children either and can lead to health problems in the future," she said. "Exposing children to healthy food, like fruits and vegetables, is extremely important in developing their palate. The foundation of a healthy diet is built in early childhood."

Lumeng said that future research should focus on figuring out why some kids are born with a higher propensity for liking sugary foods and figuring out a possible intervention to reverse it.

"The question is why?" she said. "Either how are you born that way or what's the mechanism underlying it because if we had a way to make it so that people weren't quite as obsessed with dessert, that would be the golden chalice."