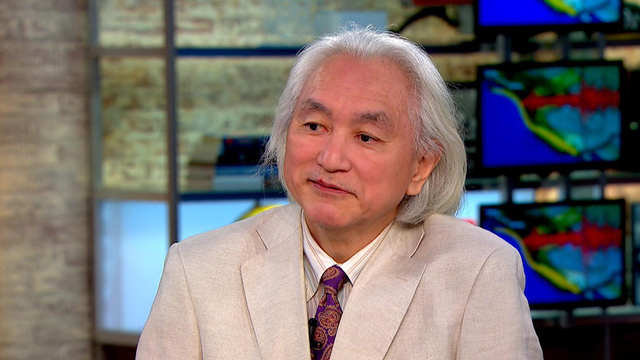 A natural disaster of titanic proportions is overdue to strike the U.S., physicist Michio Kaku warns.

Seismologists predict it will be the worst natural disaster in North American history, and the federal government estimates it could contribute to 13,000 deaths and 27,000 injuries.

"It's not a question of if, it's a question of when," the City University of New York physics professor said Thursday on "CBS This Morning."

A devastating earthquake and subsequent tsunami, dubbed "the really big one" in a New Yorker article of the same name, is destined to strike a fault line called the Cascadia subduction zone that runs for 700 miles off the Pacific Northwest coast from Vancouver through parts of California.

"Forget all the Hollywood hype about the San Andreas fault. We're talking about an earthquake, a 9.0, similar to what devastated northern Japan, which killed over 15,000 people and caused a quarter of a trillion dollars in property damage," said Kaku, who is also CBS News' science and futurist contributor.

The last earthquake of that magnitude struck about 315 years ago, but according to recent calculations, Kaku said, the cycle repeats every 240 years. He said in the next 50 years, there is a 1-in-10 chance a "really big one" will erupt.

That 9.0-magnitude quake could trigger a 500 mph wave and put 70,000 people in the "inundation zone" in serious risk. Depending on their location within that zone, Kathryn Schulz writes in her article, people will have between 10 and 30 minutes to evacuate.

But what they can do, he said, is take steps that could help save thousands of lives.

"Talk to your kids about what to do, how to reassemble, because after Fukushima we had thousands of people that were just left homeless without provisions," he said.

"In Japan, they practice this. Children know exactly what to do, and there's an early warning system that we don't have in Seattle that we do have in Japan," Kaku said. "There are building codes that are not being enforced. Realize that many buildings are just going to be toppled when this gigantic earthquake, a 9.0, and a tsunami hits the Seattle, Tacoma and Portland area."

According to the FEMA director responsible for Oregon, Washington, Idaho and Alaska, the operating assumption is that "everything west of Interstate 5 will be toast."

Kaku said the Cascadia zone is more dangerous because it can muster 30 times the energy than the infamous San Andreas fault. Furthermore, according to seismologists, certain plate activity will lead to a much more catastrophic effects.

Scientists believe the oceanic plate Juan de Fuca is pressing up against the North American tectonic plate, something that it cannot do forever. Eventually the two "stuck" plates will unleash an immense force.

"Here you have one plate diving under the other fault, lifting the sea floor. That's what causes an earthquake with a subsequent tsunami. This pushing takes place abruptly. When you get a surge, that's when the ocean floor is uprooted and causes the tsunami," Kaku said. "The tsunami is not by sliding of one fault by other, but by diving one fault under another and sudden diving causes the ocean floor to be disrupted, and that causes the wave."