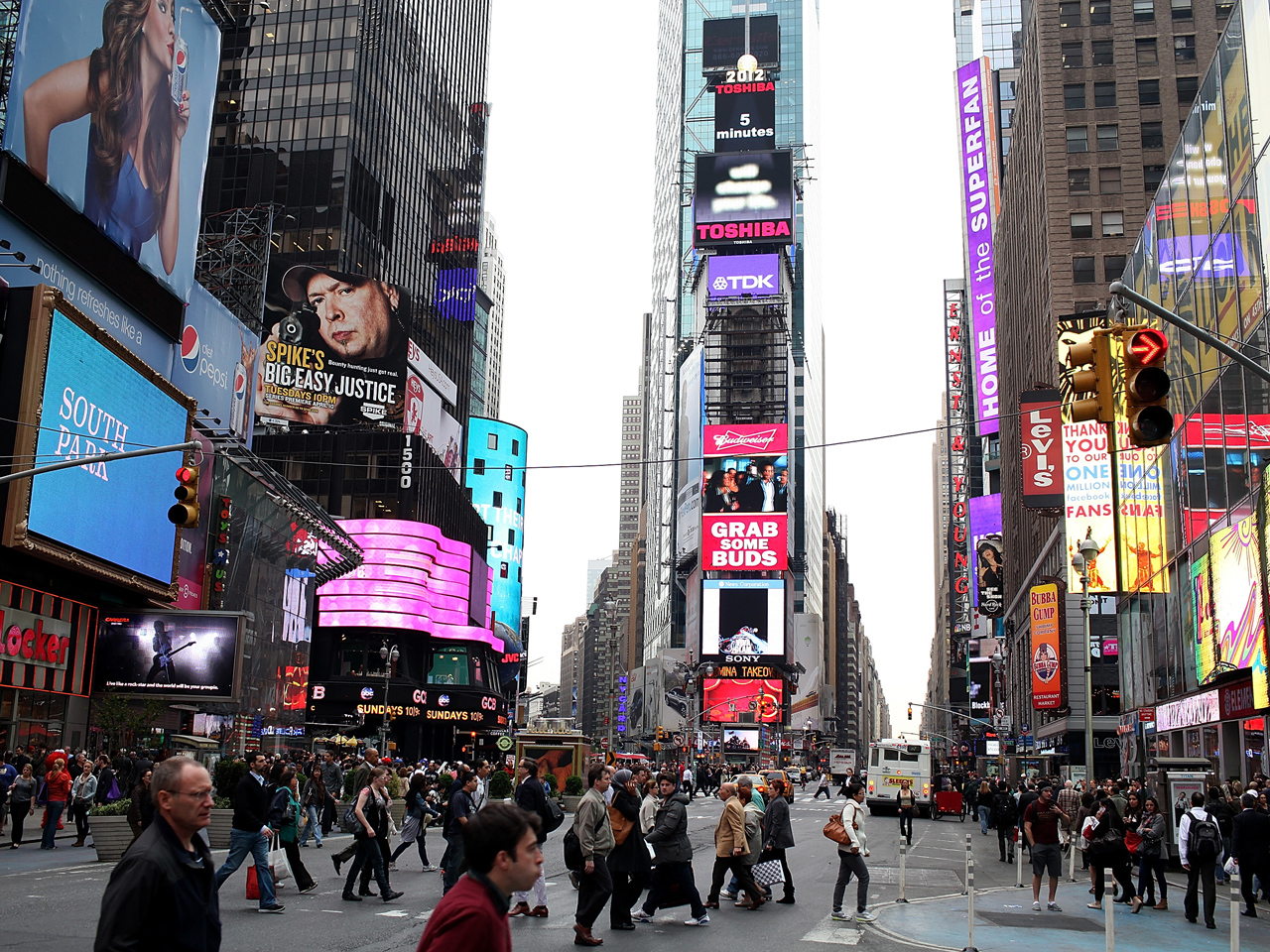 The women were taken to hospitals, where they both were listed in stable condition, according to police. Neither had injuries considered life threatening, police said.

The man was taken into custody after a police sergeant subdued him with a Taser. No weapons were found on him.

Police said the 35-year-old suspect was taken to Bellevue Hospital, where he was in stable condition. They described him as "emotionally disturbed."

Police did not release the names of the women or the man in custody.

The incident calls to mind a 2012 case where nine bystanders were injured during a police shooting by police bullets, ricochets and fragments when two officers fired at a man suspected of gunning down a former co-worker outside the Empire State Building.

In that incident, officers fired a total of 16 shots outside one of the world's most popular tourist attractions as a large crowd watched. While an investigation later determined the suspect, who was killed in the incident, had 10 bullet holes in him, many nearby were still wounded. The NYPD and Mayor Michael Bloomberg fiercely defended the officers' actions at the time.