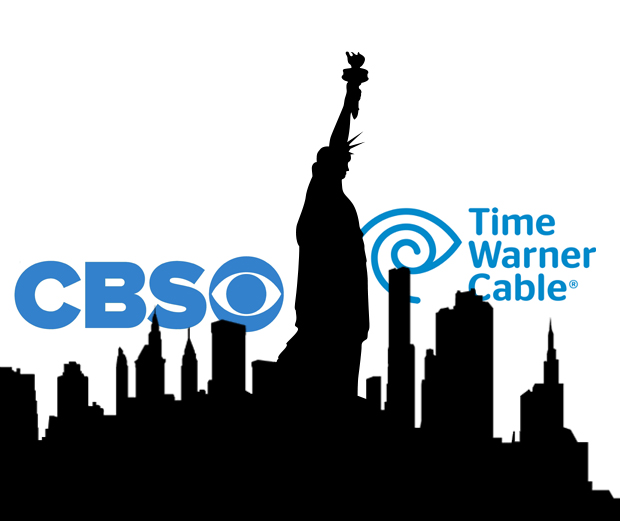 (MoneyWatch) CBS Corp. (CBS) and Time Warner Cable (TWC) are talking again, even as they continue to joust.

In a hearing today before a New York City council committee, CBS executive vice president Martin Franks confirmed that the two sides have resumed negotiations in the acrimonious dispute over transmission fees that has resulted in Time Warner dropping CBS programming in several large U.S. markets.

Time Warner last week yanked programming of the CBS television network and the Showtime movie channel in New York, Los Angeles, Dallas and other markets after the sides failed to agree on higher fees the cable company would pay CBS. Both sides have called the other unreasonable, and that did not change today.

"Until now, CBS's record of good-faith, successful retransmission consent negotiations was perfect ... while Time Warner Cable's record is littered with many public disputes," said Frank, who told the panel he had negotiated many such agreements successfully only to find this one "badly off course."

Franks also criticized the cable company for demanding adherence to the terms of contracts signed when many new media platforms did not yet exist.

"Perhaps their real aim here is to use those outdated terms to hamstring our ability to do business with Netflix, Amazon, Hulu Plus and other new entrants that pose a new competitive threat to their former, cozy, unchallenged monopoly status," he said. "CBS is not going to become Time Warner Cable's accomplice in trying to throttle those new services."

Time Warner Cable denies that it is acting to stifle competition.

"We categorically deny that we are trying to keep CBS from doing business with any new entrant," said Bobby Amirshahi, a Time Warner vice president for public relations, in a statement. "Both our expired and proposed agreements with CBS place no restriction on their ability to sell all of their product to Netflix, Amazon, Intel or any other entity, or continue to give all of their best content away for free online, as they have to date."

Many analysts have suggested the two sides will bury their differences in time for football season and the rush of new shows that begin in September.

Editor's note: CBS Corp. is the parent company of CBSNews.com.