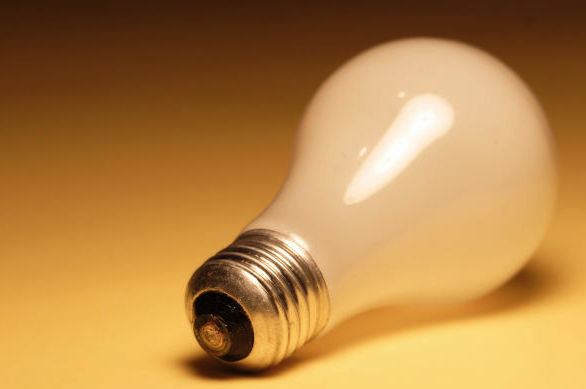 Add in scores of economists across the political spectrum, including a number of Nobel laureates, and you have gold-plated consensus: A so-called financial transactions tax makes sense. Not that the Harkin-DeFazio measure -- which has no Republican co-sponsors -- stands much of a chance of making it into law. GOP lawmakers in both the House and Senate have erected a blockade against tax hikes. The Obama administration, especially U.S. Treasury Secretary Tim Geithner, also opposes a FTT.

How much revenue would it raise?

But forget rabid Republicans for a sec, along with the White House's deference to Wall Street on this issue. On its merits, a tax on trading is a great idea.

The IMF estimates that a one cent tax on every $100 in stock, bond and derivatives trades would raise more than $200 billion per year. The European Union, which in September proposed a 0.1 percent (or 10 cent) tax on stock and bond trades and a 0.01 percent tax on derivatives, estimates the plan would raise roughly $78 billion a year.

In the U.S., experts project that a tax of 50 cents on every $100 in financial transactions would generate $177 billion to $353 billion per year, depending on trading volume. Even if trading never returned to pre-financial crisis levels, such a tax would likely raise upwards of $100 billion annually, according to some estimates. Over a decade, that is an additional $1 trillion in revenue that the U.S. government could use to invest in the economy and pay down debt.

Not your grandfather's "speculation"

Under their bill, Harkin and DeFazio would apply a 3 cent tax for every $100 in trading of stocks, bonds, puts, forward contracts and various derivatives. So a trader buying $100,000 of stock would pay $30 to purchase the shares. Such a small tax would likely have a minor impact on 401(k) and mutual fund trading, which emphasizes holding securities for longer periods of time. Pension funds are also tax-free, it's worth noting, while mutual funds are tax-deferred.

By contrast, an FTT would substantially raise costs for high-frequency traders that use souped-up computers to zip in and out of a range of assets. Such "algorithmic trading" has led to a technological arm's race on Wall Street in a fight to shave milliseconds off trades. It's also made financial markets more volatile and opaque, giving rise to "dark pools" where participants can trade anonymously and causing disruptions such as last year's "flash crash."

But isn't a certain level of speculation healthy? Yes. It makes it easier for investors to buy and sell, while speculators discourage the kind of herd behavior that can whipsaw markets. In many ways, though, high-speed trading barely qualifies as speculation. Algorithms don't make an educated guess regarding, say, how much income a company is likely to bring in next quarter; rather, they act on minute fluctuations in share price in the blink of eye.

Successful HFT traders also gain an edge simply by placing their gear right on the stock exchange floor. That's not "speculation" -- it's jerking the joy stick faster than the other guy. In short, not all speculation is created equal. The kind of liquidity such techniques produce are of little benefit to retail investors, and they result in volatile, unstable markets.

The main argument against an FTT is that it would drive trading to financial markets in countries without a transactions tax. Writes the WSJ's Jason Zweig, citing one expert:

"To work, a tax would have to be global," says Larry Tabb, chief executive of the Tabb Group, a trading-research firm. "Otherwise, traders could avoid it very easily just by trading the same securities in markets outside of Europe."

Except that's not what traders have done. For instance, the U.K. has long charged a 0.5 percent fee (or "stamp duty") for both buying and selling stock. The tax raises some $4 billion a year, amounting to 0.2 percent of Britain's GDP. Despite the tax, London remains the trading capital of Europe and a leading global financial center.

Other world financial hubs, including Hong Kong, Singapore and Switzerland, also remain economically vibrant while taxing stock transactions. In the U.S., meanwhile, the SEC already funds itself by charging trading fees. That hasn't caused traders to flee domestic exchanges to try their luck in Rio de Janeiro or Ulan Bator.

Given Europe's support for a transactions tax and its current use in many parts of Asia, global coordination on the matter is also less pie-in-the-sky than critics suggests. After all, such cooperation is already common on other financial matters, such as cracking down on tax-avoidance and improving financial transparency.

Zweig also rejects a FTT by saying it could lead to "unintended consequences." Well, probably. Public policy always produces unforeseen results. For example, high taxes on cigarettes in the U.S. have led some entrepreneurial types to develop "roll-your-own" cigarette machines that escape such taxes.

Is that a reason not to tax tobacco? I also presume Zweig wouldn't favor legalizing drugs because of the unintended consequences of enforcing laws against illegal substances, such as raging gang wars in Mexico. Besides, there are greater risks than uncertainty. Certainty, for one. What is clear is that the U.S. government must find ways to generate revenue while stabilizing America's financial markets. A FTT can do that.

Small Traders Fear Transaction Tax Would Wipe Them Out
Death Race: High-Frequency Trading is Speeding Out of Control

Another claim by opponents of a transactions tax is that it would raise the cost of capital. Not necessarily, says capital markets expert John Fullerton, a former Wall Street executive himself from his days at JPMorgan Chase (JPM):

Higher transactions costs on secondary trading of securities do not, in fact, increase the cost of capital.  The European proposal rightly suggests omitting the tax on all primary issuance of securities that channel real investment into the real economy....

The time is now for thoughtful financial transactions tax legislation to be presented in the United States Congress, following the lead of the European Commission that seems more willing to take on the powerful interests of Wall Street.

It's too bad politics and "thoughtful" policy mix so rarely these days. If they did, the U.S. would be leading the way on a financial transactions tax rather than trying to scuttle it.