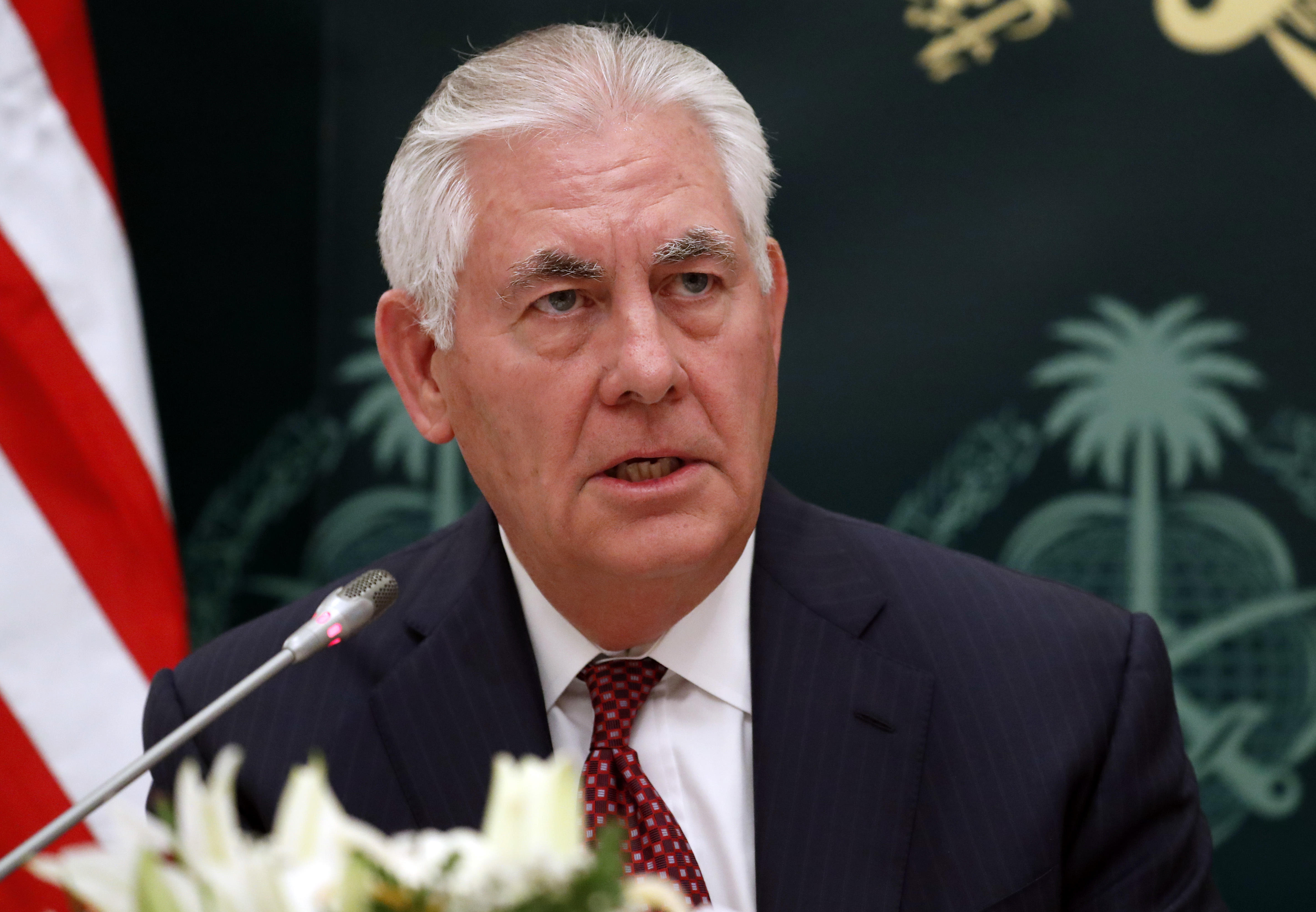 After the sudden resignation last Saturday of Lebanese Prime Minister Saad Hariri, Secretary of State Rex Tillerson expressed concern that Lebanon was in danger of being used as the battlefield for a proxy war.

"The United States cautions against any party, within or outside Lebanon, using Lebanon as a venue for proxy conflicts or in any manner contributing to instability in that country," Tillerson wrote Friday in a statement of support for Lebanon's government and armed forces.

He has reason for concern. Hariri's resignation comes just a year after he helped create a power-sharing government with the Shiite bloc of lawmakers supported by Iran. When announcing he was stepping down, Hariri cited the destabilizing effect Iran has had on the country.

Hariri had been prime minister for less than a year, but he comes from a family of politicians that has weathered the political turmoil that has destabilized the country for years. Hariri's father was a former Lebanese prime minister who was assassinated in 2005. Hariri feels there are some who want him dead, and he has said that the atmosphere in Lebanon now resembles the mood in the country at the time of his father's death. This, he blames on Iran.

"Wherever Iran is involved, there is nothing but devastation and chaos," Hariri declared in his resignation speech.

Hariri, who was born in Saudi Arabia and holds dual Saudi and Lebanese citizenship, announced he was stepping down not in Beirut but in Riyadh, on Saudi state-owned TV, an unusual move that has added to concerns that the resignation may have been part of a Saudi plot to increase its power in the region.

Tillerson, however, insisted he had no indication that was the case. He spoke with the Saudi foreign minister earlier this week before putting out his statement on the situation.

"There is no legitimate place or role in Lebanon for any foreign forces, militias or armed elements other than the legitimate security forces of the Lebanese state -- which must be recognized as the sole authority for security in Lebanon," Tillerson said. He said Hariri had been a "strong partner" of the U.S. Speaking with reporters in Asia, Tillerson maintained that Hariri made the decision to resign on his own accord.

The resignation comes amid multiple regional conflicts that are centered around Saudi Arabia. This week, Saudi officials blamed Iran for a missile launch targeting Riyadh that was fired from Yemen, which it deemed an act of war. Additionally, the Saudi kingdom has detained 201 people in a anti-corruption crackdown over the last several days.

The U.S. Air Force has concluded the missile that targeted Riyadh bore "Iranian markings" and was Iranian in origin. However, Tillerson did not support the Saudi characterization of the missile firing as an act of war.

"All the parties need to be careful about characterizing the start of yet another new war," Tillerson told reporters in Asia. His advice is to use discretion with such explosive language. "Let's be a little more cautious about what we say," Tillerson added.

Tillerson said the the U.S. maintains an offensive posture against Hezbollah, the Iran-backed Shiite militia that wields a great deal of influence in Lebanon. The Sunni-majority Saudi Arabia vehemently opposes the group.

The Saudi Kingdom's uptick in aggression -- both in the region and at home -- has been endorsed by President Trump. After the Kingdom recently arrested 11 princes, business leaders, many of whom were former top Saudi officials, Mr. Trump tweeted, "I have great confidence in King Salman and the Crown Prince of Saudi Arabia, they know exactly what they are doing...Some of those they are harshly treating have been 'milking' their country for years!"

Regional experts have not been able to identify the primary motivation behind either the resignation of Hariri or the Saudi Kingdom's recent spate of arrests in its anti-corruption crackdown. Yet the Saudi influence in Hariri's resignation is clear, analysts say, and it sends a signal from Saudi's crown prince that "I am the show in town, I am the only show in town," explained Dr. H.A. Hellyer, Senior Atlantic Council Fellow.