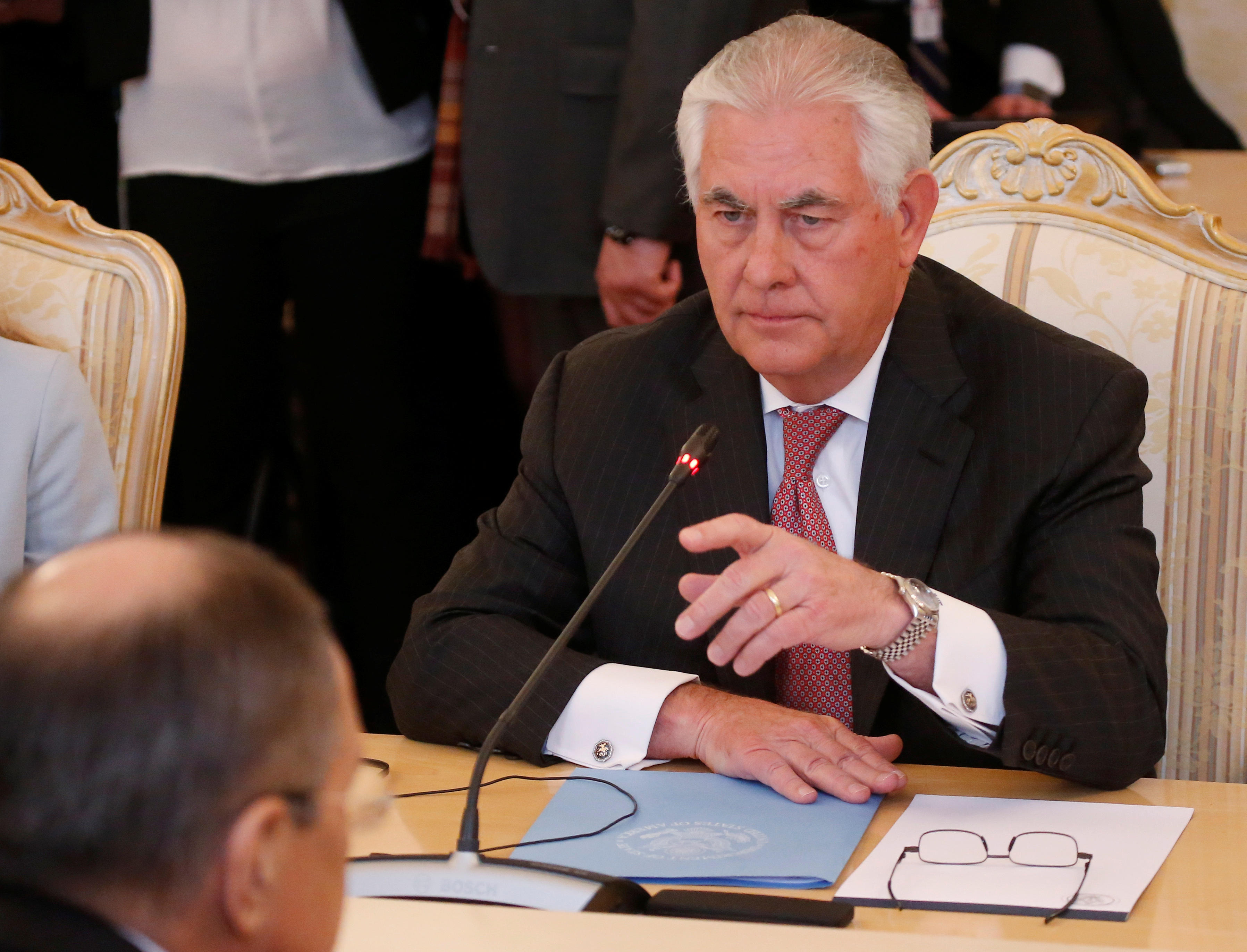 Secretary Rex Tillerson is set to launch a listening tour at the State Department, which will be led by an outside consulting group.

The review, comprised of surveys sent to every State Department employee and over 300 in-person interviews, comes at a time when State Department budget cuts loom large and appointments to numerous leadership roles have not been made.

The Secretary wants to "rally the troops" with this review, explains his spokesperson, and will not be conducting the interviews himself. While he may "pop by cubicles" more often while this review is underway, for the most part he will be looking at what comes back. The primary goal is to revamp the department to be sure it is "on good footing to tackle challenges that lie ahead."

The study will dive into the State Department's processes and structure. Do employees have the tools and resources to do their job? Do they feel their job and bureau has a modernized mission that sees eye to eye with the agenda in other areas of the department?

In launching this tour, Tillerson stresses the importance of hearing from the people who delve into the meat of everyday diplomatic work.

"What we really want to do is examine the process by which the men and women, the career foreign service people, the civil servants, our embassies, how they deliver on that mission. And we want to hear from them," Tillerson said in an interview with NPR last week. "Some of our folks that are kind of at the 10- to 12-year stage of their career, where they're young and energetic but they've been around long enough to see what works and what doesn't."

The in-person interviews will include a range of State Department employees from a cross-section of foreign service and civil service positions. They also hope to send the survey to family members of the employees.

There is no "predisposed outcome" of this review, the Secretary has said. It is also not a "collapse of boxes" in the State Department's organization chart.

Tillerson will announce this plan when he addresses the department on Wednesday morning. This speech, marking his third month at the State Department, will be the second time he has addressed employees since he first got to the building.

During his initial speech to State employees upon being confirmed, Tillerson stressed the need to expedite changes to make sure work is done productively and efficiently. "We cannot sustain ineffective traditions over optimal outcomes," he said on his first day in the building.

Tillerson also deemed himself "the new guy." Now, he is not so new and his ambitions are being turned into action.

The timeline for this review is unclear -- the State Department says will take as long as it needs to take because it is "important to get it right." This could mean a slowdown in filling top positions in the department, as the review will dictate the needs for certain positions on the leadership team.

There are also looming questions about how this will impact the budget debate. In a few weeks, the Secretary will head to Capitol Hill to defend his department's funding needs in the face of a 31 percent budget cut proposed by the White House.