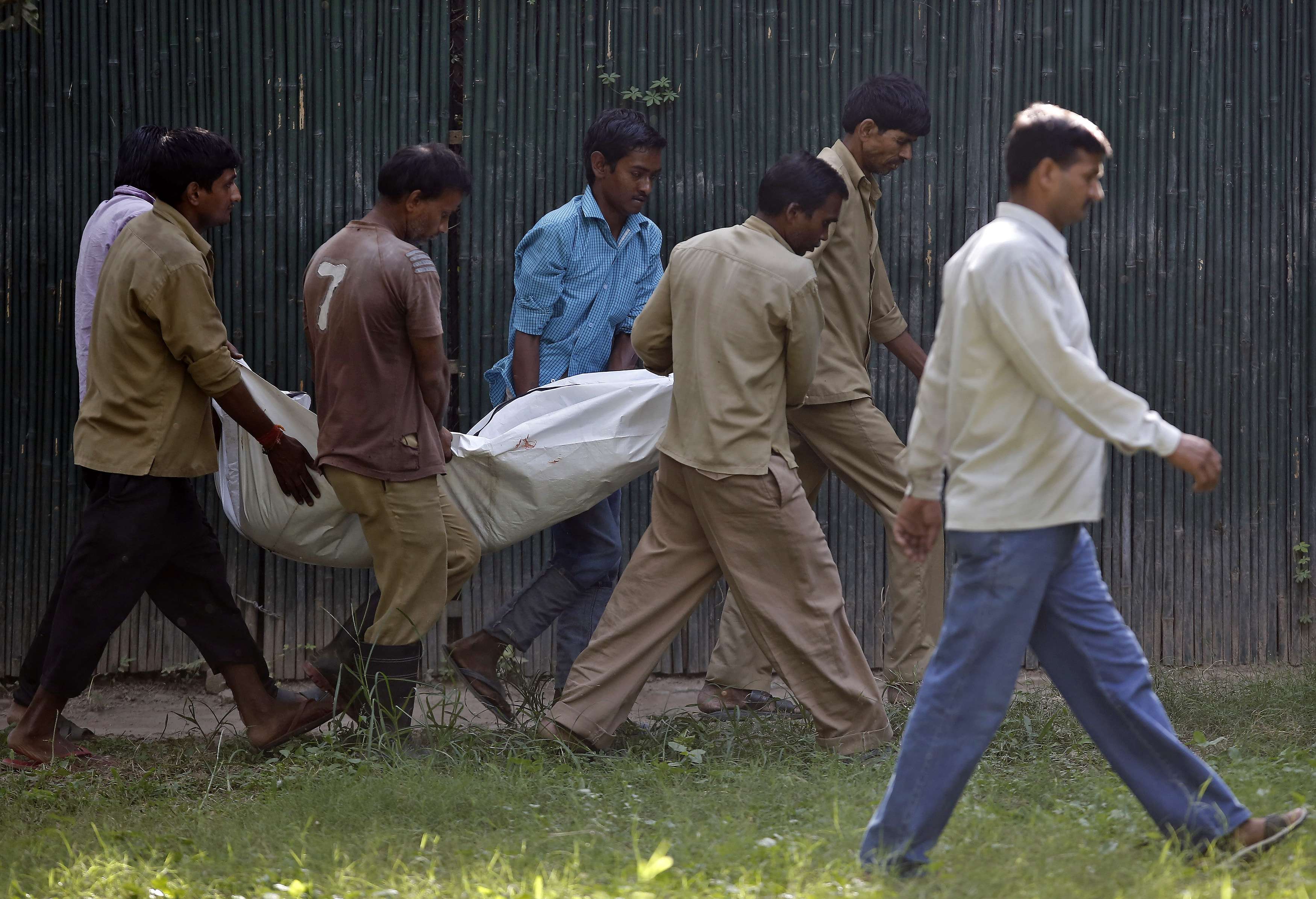 NEW DELHI -- A white tiger killed a young man who climbed over a fence at the New Delhi zoo and jumped into the animal's enclosure Tuesday, a spokesman said.

Despite repeated warnings that he shouldn't get too close to the outdoor enclosure, the man eventually climbed over a knee-high fence, through some small hedges, then jumped down 18 feet into a protective moat, said National Zoological Park spokesman Riyaz Ahmed Khan.

The male tiger, which lives on a grassy tree-filled island, grabbed the man from the moat. Footage broadcast on NDTV showed the tiger carrying the man around the island.

"We tried to throw sticks and stones at the tiger but we could not save the youth," a witness told Reuters, which identified the victim as a student.

Authorities eventually frightened the tiger into a small cage inside the enclosure. The man, whose body remained in the outdoor enclosure two hours after the attack, was dead by the time help reached him, Khan said.

"The tiger was just being a tiger," said Belinda Wright, who has spent years working to protect India's dwindling numbers of wild tigers. "An unusual object fell into his domain. ... He's a wild animal in captivity. It is certainly not the tiger's fault."

It's not unusual for visitors to a zoo in India to taunt animals or toss bits of food through cages even though zoo rules forbid it. Groups of visitors may sometimes throw used plastic water bottles or stones into animal enclosures to get the animal to react.

Deputy Commissioner of Police M.S. Randhawa identified the man only as Maqsood and said he was thought to be about 20 years old.

Further details about him and the tiger were not immediately available.