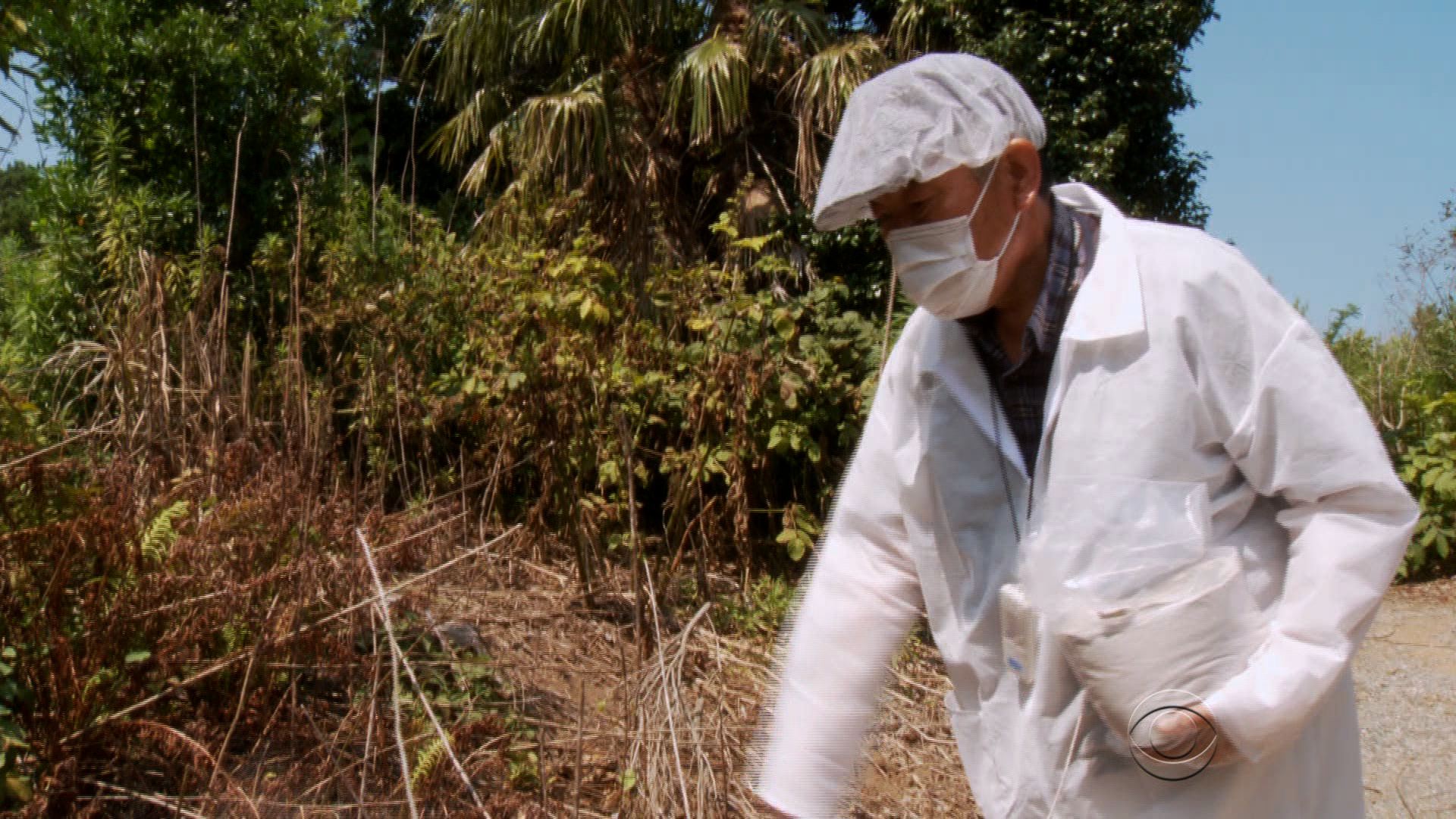 FUTABA, Japan - Every time Shuichi Saito goes home, he has to suit up to protect himself from radiation.

"We're allowed in 15 times a year," Saito told CBS News, on a trip back to his home near where a typhoon caused the Fukishima nuclear plant to leak dangerous amounts of radiation three years ago. "But, as my home and grounds deteriorate, as the weeds take over, it's depressing."

As Saito approached in his car, the alarm sounded on his radiation detector. He pulled over to show CBS News a sign in his town. It says "nuclear power, energy for a bright future."

"There was plenty of talk of how the nuclear plant brought our town prosperity ... but we've come to this," Saito said, standing at an empty train station. "They're talking about creating a nuclear waste dump here."

It would be just a mile from his home.

Japan still doesn't have enough room to store the millions of tons of radioactive soil that has been scraped up. Today, bags of the toxic waste are stacked along roadways.

"The government had no communications with individuals," Saito said.

Saito's property has been in his family for 12 generations. He pointed out where family heirlooms, including their valuable Kimonos, were destroyed.

Walking through weeds, Saito pointed out where he once grew his prized spinach. Today, it's an overgrown mess. Still, before departing, he did a little maintenance, spreading weed-killer around his house.

"I have to look after my property," he said. "I can't fix it because of the radiation, and it's all I can do."

He lost his home and everything he'd built. Saito said Japan's government has turned its back. The only thing growing here these days are the weeds.