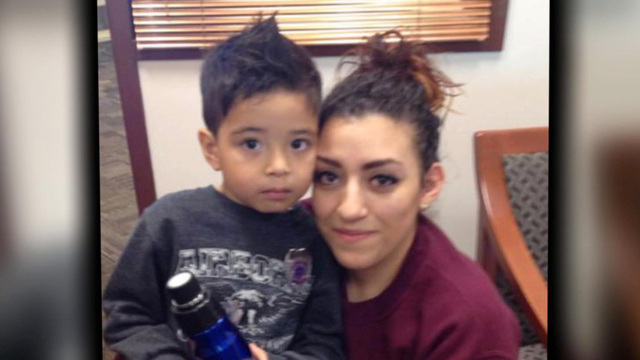 A Utah boy is safe at home after a terrifying car theft. The 3-year-old was waiting inside his mother's car Tuesday when someone hopped in and drove off. Thanks to quick thinking, police found the boy's location, and eventually returned him to his family, reports CBS news' Bigad Shaban reports.

When Elizabeth Barrios walked out of a day care center in suburban Salt Lake City Tuesday, she watched her car speed away, with her son Aiden still inside.

"There's a 2012 white Mazda 3 stolen from the parking lot of a day care. There was a baby in the back seat," police dispatch said.

"A million thoughts running through my head," Barrios said. "I don't know who it was or what they wanted. Where [are] they going to leave him? What are they going to do to him?"

She called 911 from inside the day care center and told police her cell phone was in the car. Responding officers quickly thought of a plan.

"One of two things could potentially happen," Ogden City police officer, Lt. Tim Scott said. "The 3-year-old possibly could answer it -- be savvy enough to answer that phone - or the suspect himself could answer the phone."

Aiden answered his mom's phone. The suspect had ditched the car, leaving the boy alone.

The police asked Aiden to honk the horn continuously hoping officers on patrol would hear him.

"I was like, it's okay, just stay calm and sit in your seat," Barrios said. "Everything will be okay."

It took police only a few minutes to locate the car just a few blocks from the day care center. Aiden was still inside and unharmed.

"It felt so good just knowing he was safe and knowing what he did," Barrios said.

Ogden Police are still searching for the suspect. As for Aiden and his bravery, he was awarded "honorary junior police officer" for the day.