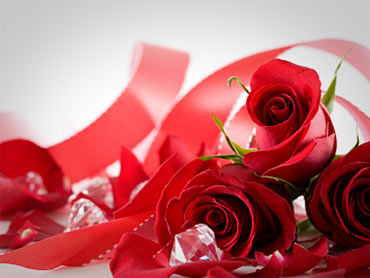 This story, by CBS MoneyWatch.com, originally appeared at CBS' Moneywatch.com

What do Bill Gates, Barack Obama, and Julia Roberts have in common? They all met their spouses at the office, says Stephanie Losee, co-author of Office Mate. And the frequency of office romance is increasing as workplaces become more accommodating and hunkered down employees find love amidst adversity. The chance that you'll find romance at work increases if you work at a company with a strong corporate culture, such as Southwest Airlines (LUV), which reports that 2,328 employees have a spouse who works for the company. (That's 1,164 married couples, or about 6 percent of the airline's total staff.)

There are obvious reasons that romance tends to bloom at work. You already have at least one common interest, and you have already spent time getting to know each other, Losee says. But office romances can have plenty of pitfalls even if they succeed - which, of course, not all of them do.

Losee visited the MoneyWatch studios to discuss the dos and don'ts of office romance; you can watch the full conversation below. But meanwhile, if you're weighing a romance with a co-worker - or have already embarked upon one - read Losee's tips for making your relationship a success without endangering your career.

1. Have More in Common than the 'Evil Boss'

Office romances are more common in recent years, in part because people are spending more time at the office trying to safeguard their jobs. That shared experience can pair you up with someone who you might not have considered your type, says Losee. So make sure you have more than just the office - and your shared frustrations - in common.

Socialize with couples from other social groups; get to know each other's parents and college friends. The more out-of-office friends, events, gatherings in your life, the healthier your relationship will be.

2. Avoid Relationships with Your Boss (or Subordinate)

Relationships within the chain of command carry particular risks. If successful, they can run afoul of nepotism rules and office sniping; if they fail, fallout can include revenge, recrimination, and lawsuits. To avoid conflicts, one partner may transfer to another part of the organization, only to find that he or she has taken a career misstep. "Don't cross that line unless you think [the relationship] will last the rest of your life," says Losee.

If things do get serious with a superior or subordinate, the higher-ranking person needs to set up a meeting with his or her manager to explain the situation. Be prepared to be flexible: Your employer may need to reassign one of you to prevent conflicts.

The good news about canoodling with the boss: Losee says that such relationships lead to marriage "at double the rate of regular office romances ... because so much is at stake."

If you're not dating your manager or a subordinate, and there are no other conflicts of interest created by your new relationship, do yourselves a favor, says Losee: Keep it quiet, especially in the early going. It will be easier for you two to explore a relationship without being the subject of coffee-room gossip. "If you ... are peers, not going for the same promotion - you're better off not telling anyone," Losee says.

Same goes for Facebook, particularly if you have colleagues among your online friends - and the rule is doubly important if that budding relationship goes south. "We're starting to hear stories of people breaking up with an office mate and changing from 'in a relationship' to 'single' on Facebook," says Losee. If you're publishing those kinds of details on Facebook, be prepared to answer questions from Nosy Nancy down the hall.

• 10 Ways to Stop Fighting About Money