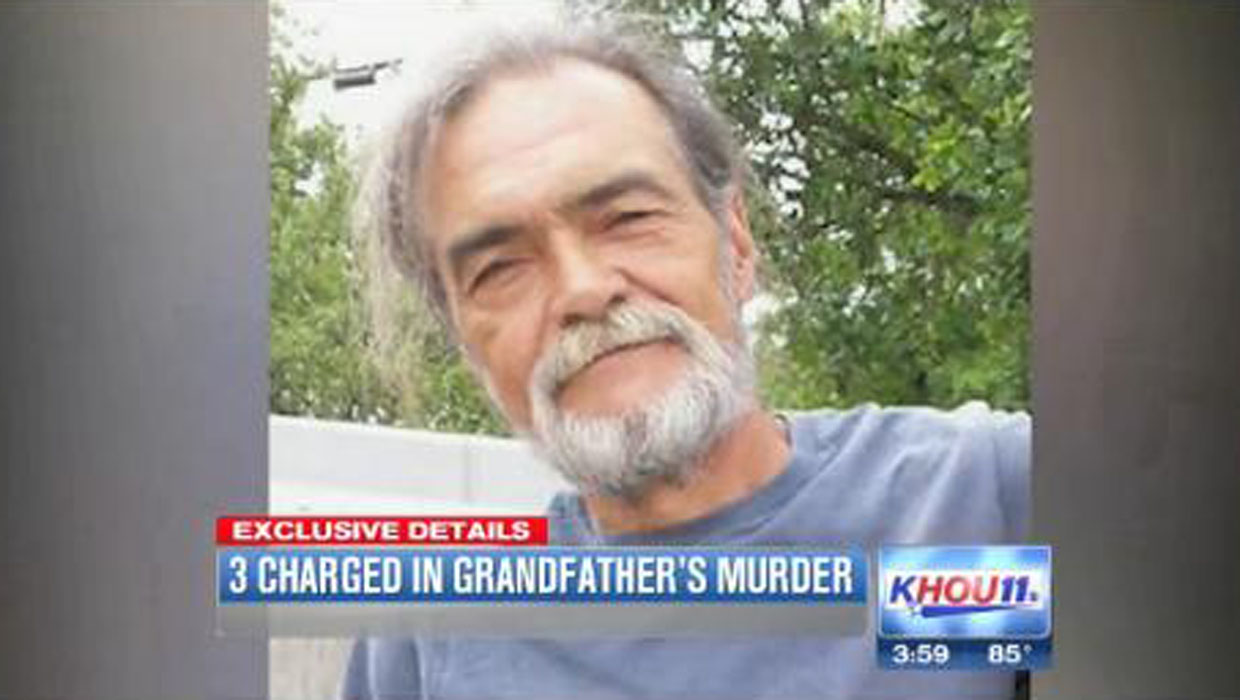 HOUSTON - Three people are charged with capital murder after the body of a 62-year-old man was found dumped at a bayou in Houston, reports CBS affiliate KHOU.

Jimmy Boyd's body was discovered Tuesday night at the edge of White Oak Bayou, 14 miles away from his home. According to the station, Boyd remarried several years ago after the death of his first wife and had recently agreed to let his new wife's granddaughter, Cierra Jacobs, live with him in his Houston home. Jacobs' younger brother, 17-year-old Carino Ratcliff, also reportedly frequented the home.

Friends and family of the victim told KHOU that Jacobs' 20-year-old boyfriend and the father to her children, Juan Lopez, was not welcome at the house.

Lopez, Jacobs and Ratcliff were arrested on Tuesday. Sources told KHOU that the three suspects confessed and told investigators where to find the body.

David Reed, a friend of Boyd's, recounted a recent conversation he had with the victim: "[Boyd] said, 'David, if anything happens to me, Juan did it.'"

Reed told the station that Boyd had several frightening encounters with Lopez and even had to flee his own home to get away from him at one point. Recently, Boyd - who friends say weighed 120 pounds at most - decided to stand his ground and ban the 305-pound Lopez from entering his home, KHOU reports.

"And that's when Juan told him, 'I'm gonna make you disappear," Reed said, citing a conversation he had with his friend just over a week ago.

The station reports Boyd's sister Sandee Carr last spoke with the victim on the night of May 13. Days later, missing person flyers were put up around the neighborhood that included Lopez's name and number. The victim's family believes it was an attempt by the suspect to cover his tracks and appear concerned.

Reed told Harris County Sheriff's Office detectives as much. "[An officer] asked me, 'Do you believe that Juan done this?' And I said, 'No, I don't believe it. I know it,'" he told the station.

Carr said her brother was having difficulty paying taxes on the property and had recently decided to turn over the title of his land - which had been in the family for three generations - to her. The victim's sister said the suspects feared they would eventually lose their free place to stay. The home has an appraised value of less than $40,000, according to the station.

"I think they're scum of the earth. I always have," Carr told the station. "And that's why I believe they did it. Because they knew that when I got control they wouldn't be there. They knew there was gonna be a new sheriff in town, and they were not gonna take advantage of my brother."

The suspects are currently being held without bond in the Harris County Jail, reports KHOU. Investigators have not released the victim's cause of death.