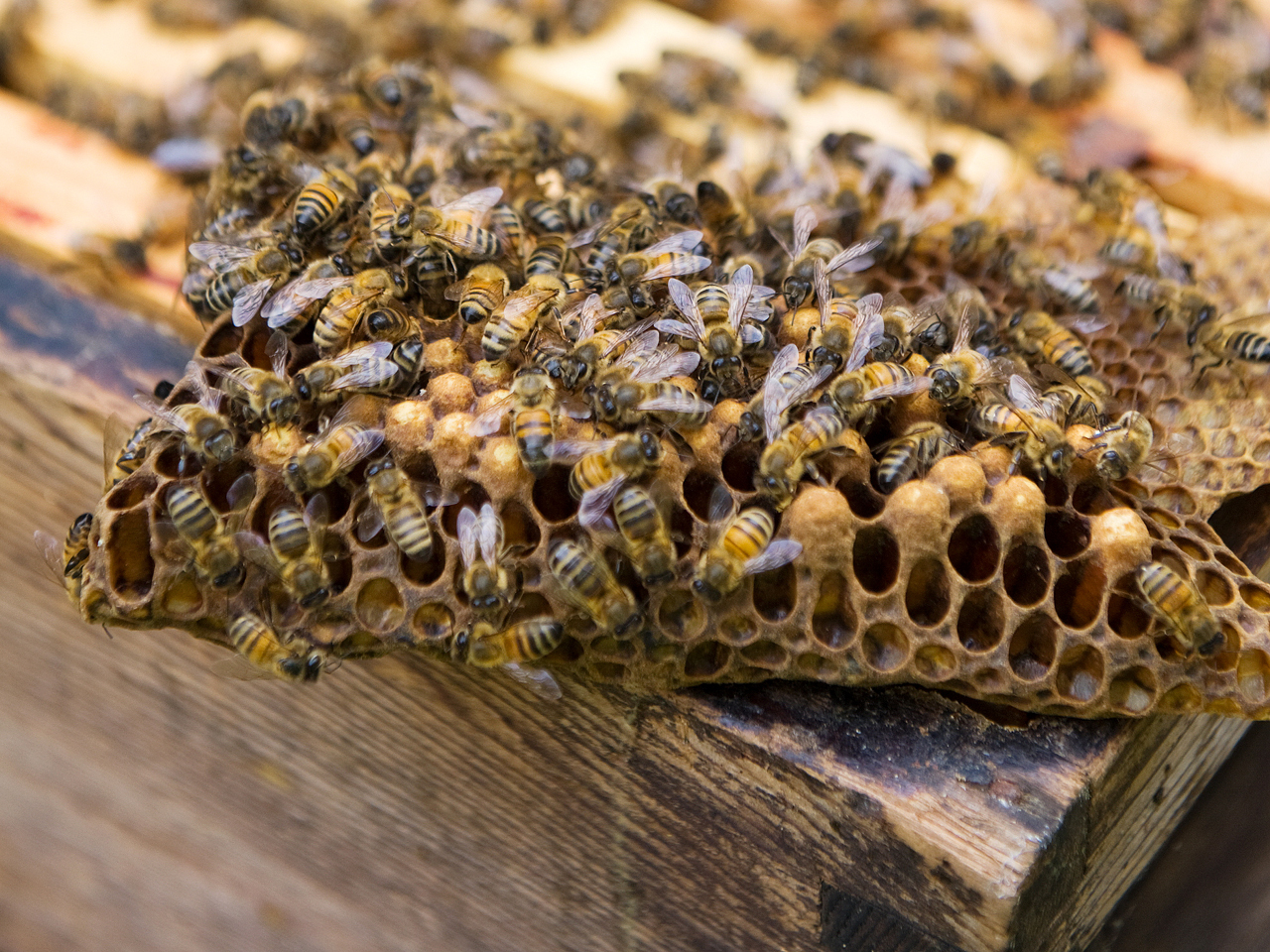 PANTEGO, Texas A swarm of about 30,000 bees attacked a North Texas couple as they exercised their miniature horses, stinging the animals so many times they died.

Kristen Beauregard, 44, was stung about 200 times, and her boyfriend about 50 times, the Fort Worth Star-Telegram reported Saturday.

But the horses, Chip and Trump, were so covered in bees they shimmered. Neither could be saved.

"They were chasing us down, they were following us," Beauregard said of the incident Wednesday evening. "We swept up piles and piles of them ... it was like a bad movie."

The bees are being tested to see whether they are Africanized or "killer" bees. It is unclear what prompted them to leave the hive.

Beauregard was exercising Trump, a Shetland pony, when he started to jump and kick, she said. That is when a cloud of bees started stinging them all over. Trying to escape, she jumped in the pool and the horse followed.

"It got all dark, like it was nighttime there were so many bees," she told the newspaper. "We were trying stand up in the water but every time we stuck our heads out for air, they would cover us and start stinging us. We were trying to breathe and they were stinging us in the face and in the nose."

She escaped to the house, and her boyfriend called 911. Bees chased her, crashing into the windows of the house. Trump ran through the yard, rubbing against bushes in an attempt to wipe off the bees.

Beauregard's boyfriend called 911 and firefighters arrived with special gear and a foam substance used to clear the bees. They were able to drag the horses to a pasture where police and paramedics tried to treat them.

"He was so overwhelmed by bites that his body could not handle it," Tersteeg said. "That's way too much for any 250-pound mammal to survive."