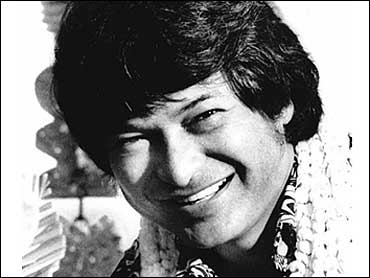 So many people were expected Saturday for the sunset memorial service on the beach at Waikiki for legendary Hawaiian crooner Don Ho that the city arranged extra buses, parking and traffic control.

As many as 25,000 people were likely to attend, which city officials said would make it one of the largest crowds ever in Waikiki.

His family planned a private service, with a flotilla of canoes to accompany them as they scatter his ashes in the Pacific Ocean. The canoes also were to carry a 76-foot lei sewn together by tourists and residents.

Following the scattering of ashes, several island entertainers were to perform, with one of Ho's songs, "I'll Remember You," sung by his 25-year-old daughter, Hoku.

Waikiki was special to Ho, the face and voice of Hawaii to the world for decades.

"Waikiki to me is like a magnet for the world," Ho said in a 2005 interview with The Associated Press. "Waikiki is a beacon. It's like a shining light."

Ho had a breakout year in 1966, when appearances at the Coconut Grove in Hollywood helped him build a mainland following, and the release of "Tiny Bubbles" gave him his greatest recording success.

Soon he was packing places such as the Flamingo Hotel in Las Vegas. Stars including Lucille Ball, Sammy Davis Jr. and Frank Sinatra took in his shows.

Besides "Tiny Bubbles," his other well-known songs include "With All My Love," and the "Hawaiian Wedding Song."

Ho had suffered from heart problems for the past several years, and a pacemaker was implanted last fall. In 2005, he underwent an experimental stem cell procedure on his ailing heart in Thailand.

In one of his first interviews after the procedure, Ho told The AP that he couldn't wait to get back on stage. And he did, returning on a limited schedule less than two months later.

"A lot of people out there come every year to get their 'Tiny Bubbles' fix," he said then. "So as long as they keep coming, I might as well keep doing it.