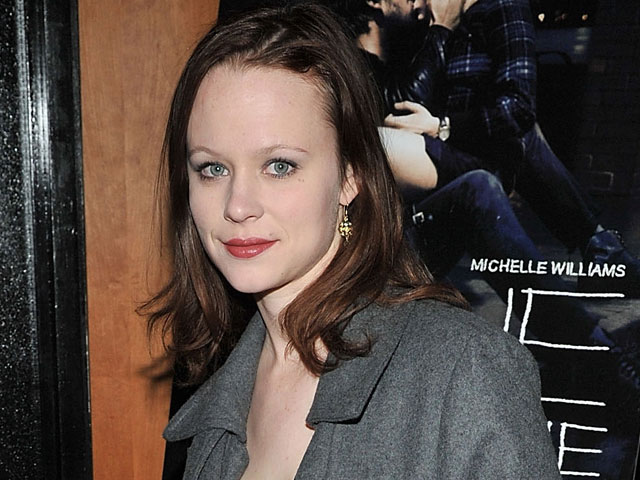 The 28-year-old actress, best known for the films "American Beauty" and "Ghost World," has been dropped from an off-Broadway revival of "Dracula" on Friday, four days before the play's first performance.

Producers of the show didn't specify why Birch was released, but The New York Times reports that Jack Birch, her father and manager, objected to back rubs another cast member was giving his daughter.

The play's director, Paul Alexander, told the Times that Birch's father threatened the actor during a rehearsal on Thursday night and told him to stop rubbing his daughter's back during a scene.

According to the Times' report, the actor said that he had been directed to do so as part of the scene. Birch's father objected, saying that the back rub was unnecessary, and told the actor to stop.

When the actor tried to further explain what he was doing, Jack Birch said, according to Alexander: "Listen, man, I'm trying to make this easier on you - don't touch her."

Jack Birch denied using those words, telling the paper on Monday that his daughter had been "a little uncomfortable on stage because an actor kept rubbing her back."

"I was trying to convey Thora's discomfort," he continued. "In no way was I making a threat."

Alexander told the Times that the actor had felt uncomfortable with the father's tone. He and the producers met on Friday, according to the report, and decided to remove Birch from the show.

Birch had been slated to play Lucy Seward, the love interest of Count Dracula. Now her role will be filled by Emily Bridges, who is the daughter of Beau Bridges and who had been playing a smaller part.

The dropping of Birch has not changed the show's official opening, which is set for Jan. 5.