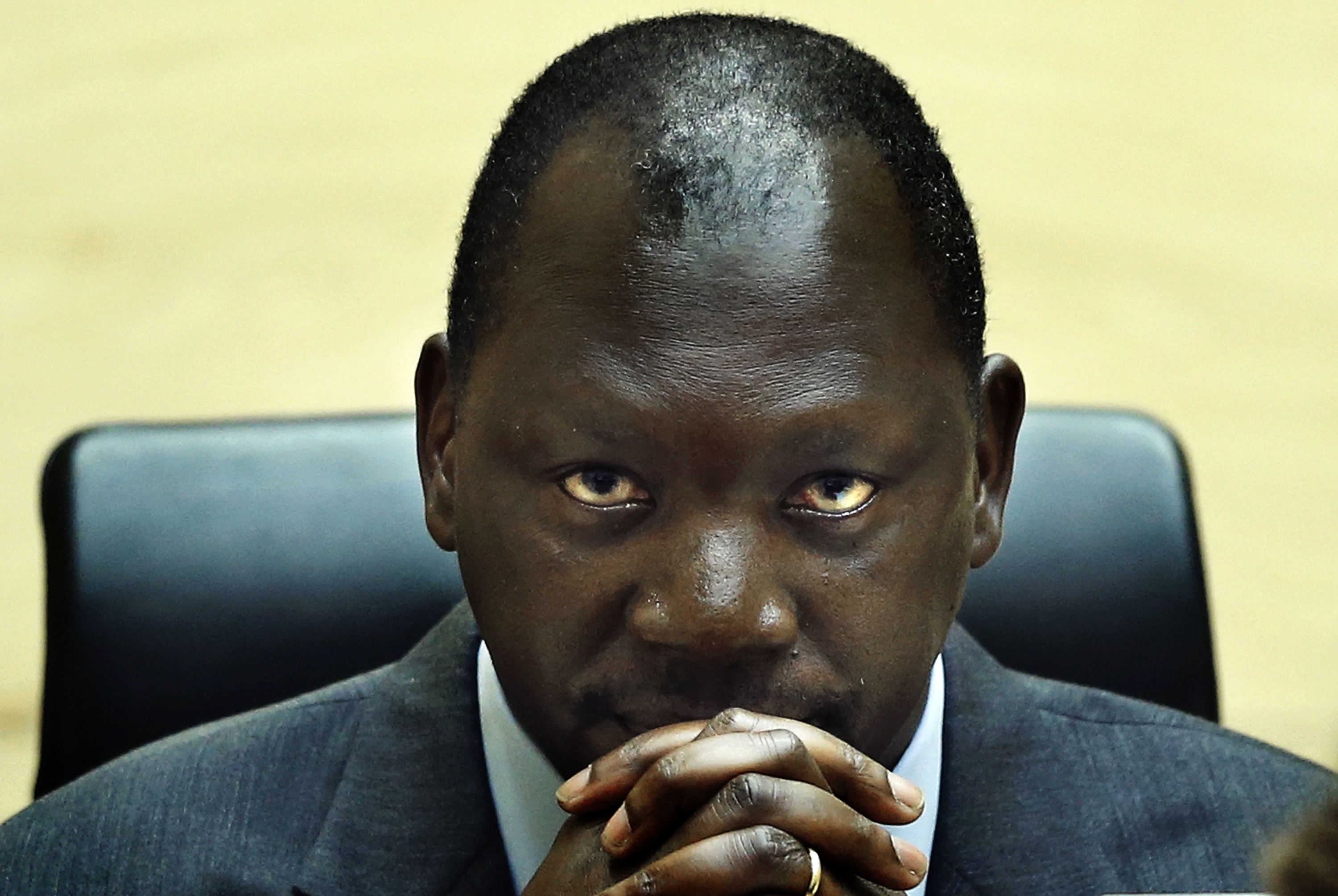 (AP) THE HAGUE - The International Criminal Court sentenced a Congolese warlord to 14 years in prison on Tuesday, a watershed moment for the 10-year-old tribunal and a potential landmark in the struggle to protect children during wartime.

Judges found Thomas Lubanga guilty in March of recruiting and using children in his Union of Congolese Patriots militia — sending them to kill and be killed during fighting in Congo's eastern Ituri region in 2002-2003. Tuesday's announcement was the first time the tribunal had sentenced a convicted war criminal.

"The vulnerability of children means they need to be afforded particular protection," Presiding Judge Adrian Fulford said at the sentencing hearing.

"This sentence sends out a stark warning across the world to those engaged in the use of child soldiers that their criminal actions will land them in prison," said Armel Luhiriri of the Coalition for the ICC, a non-government group that supports the court and its efforts to end impunity for the world's worst crimes.

Prosecutors had asked for a 30-year sentence, but said they would be willing to cut it to 20 years if Lubanga offered a "genuine apology" to the victims of his crimes. Lubanga did not offer an apology.

Wearing a gray suit and tie, Lubanga showed no emotion as Fulford read out the decision. He can appeal his conviction and sentence.

Fulford said that the time Lubanga has served in pretrial detention since March 2006 would be deducted from the sentence.

One of the judges, Odio Benito, issued a separate dissenting opinion, saying the sentence should have been 15 years in recognition of the suffering of victims of harsh punishments and sexual violence.

It was not immediately clear where Lubanga would serve his sentence. The court has no prison cells for holding convicted war criminals, but has deals with seven countries to jail them — Denmark, Serbia, Mali, Austria, Finland, Britain and Belgium.

Fulford gave Lubanga three sentences of 13, 12 and 14 years each, respectively for conscripting, enlisting and using child soldiers, but the sentences are to be served concurrently.

Conscripting involves abducting children and pressing them into military service, while enlisting them can mean they serve voluntarily.

Franck Mulenda, a legal representative for 140 victims in the case, welcomed the sentence.

"It is very important. It consoles the victims," he said outside court. The court should now order reparations for former child soldiers, "so they can get back their education and their place in society," Mulenda said.

Fulford criticized former chief prosecutor Luis Moreno Ocampo for not bringing charges of sexual violence against Lubanga or presenting evidence of such crimes at a sentencing hearing last month.

The judge also praised Lubanga for being "respectful and cooperative" throughout the case despite it twice being held up by prosecutors defying court orders linked to identifying witnesses.

"We (the family) are very disappointed by the judgment of the court. Everyone knows that my brother is innocent of all that they reproach him," Zasi said.

Congo's Information Minister Lambert Mende said he thought the sentence was not harsh enough but added "it is a punishment and I believe that it will haunt him for the rest of his life."